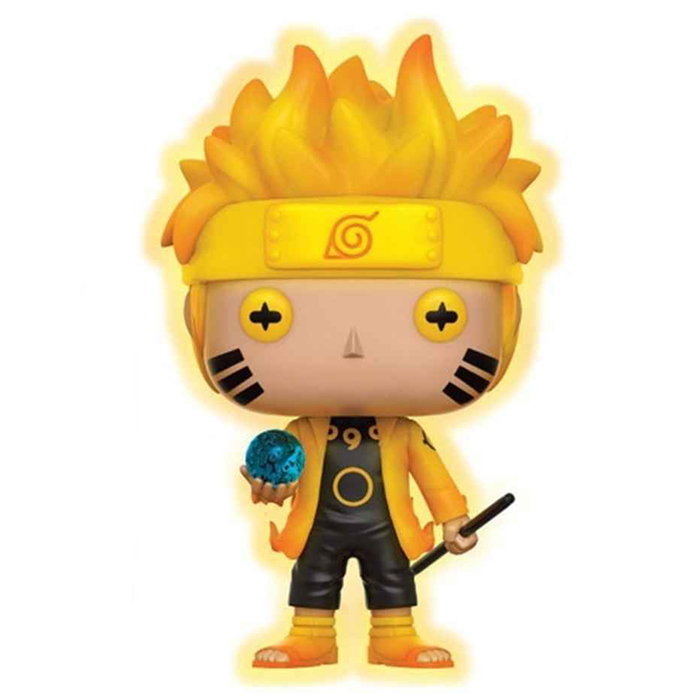 Naruto is the main character of the manga and anime Naruto Shippuden set in a futuristic yet traditional Japan. From his earliest childhood, Naruto dreams of becoming a ninja. But, sharing his body with a nine-tailed demon, people are very suspicious of him, which makes it difficult for him. However, he manages to find a master ready to train him and will quickly show exceptional abilities. He will train with two other apprentices Sasuke and Sakura who will become his friends as well as his rivals. He will quickly learn to master advanced techniques such as the six path sage mode thanks to which he reaches a high level of concentration opening one of his chakras and allowing him to draw energy from the earth. 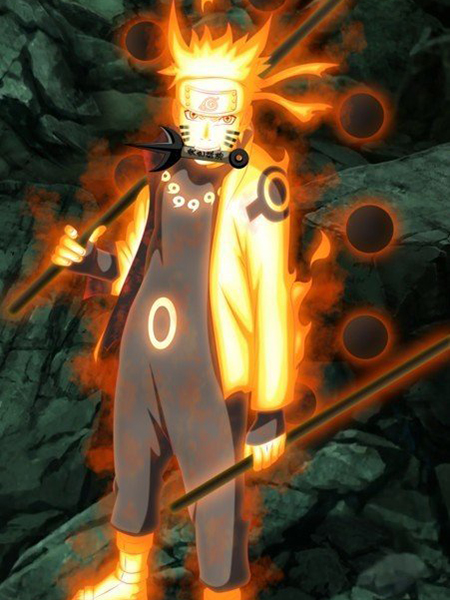 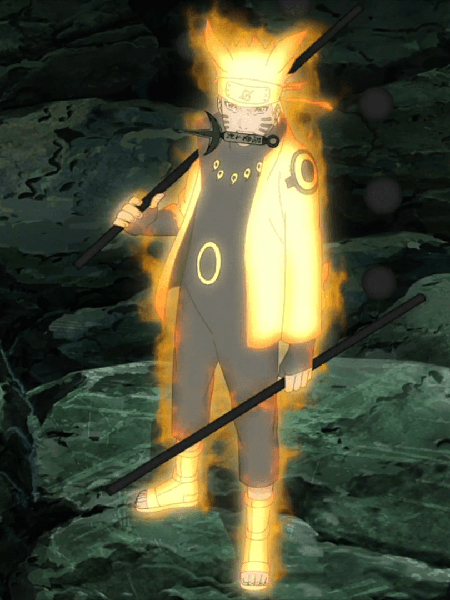 Naruto is shown here using the Six Path Sage Mode technique in a glows in the dark version. He is wearing a black outfit with yellow sandals and jacket and his whole body is surrounded by a yellow light. He holds a stick in his left hand and a blue crystal ball in the other. On his head, we find his usual headband and the marks on his face as well as his yellow hair, but his eyes have also turned yellow and his pupils are shaped like a cross. 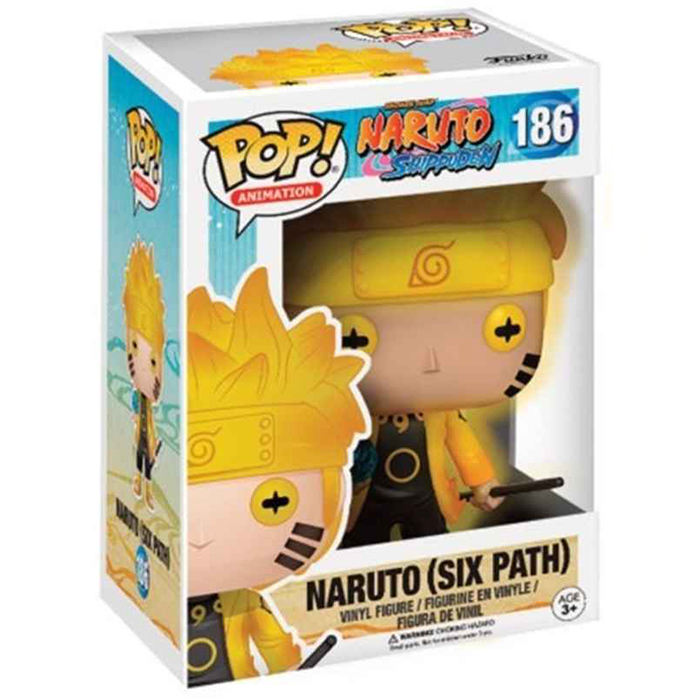