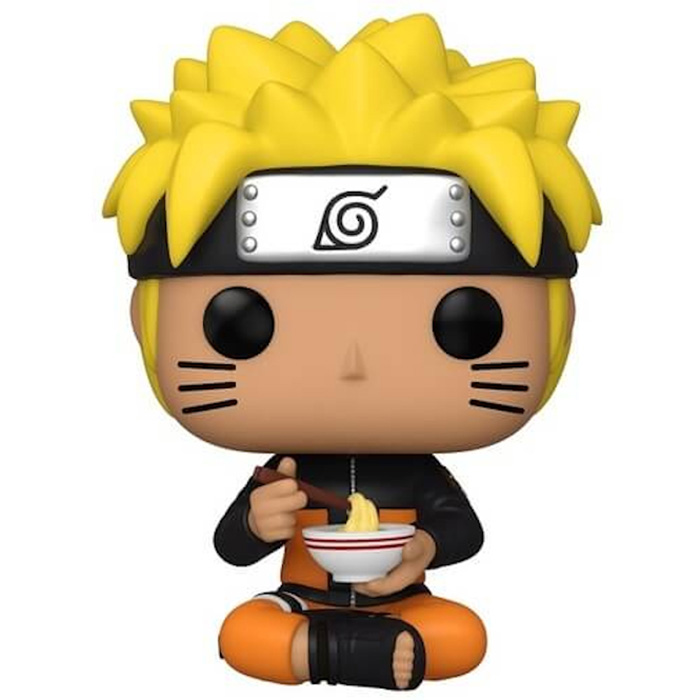 Naruto Uzumaki is the hero of the manga and anime Naruto Shippuden. It is a world where the tradition of ninjas has remained very important and is mixed with powerful forms of magic. Naruto is the son of powerful ninja whose father sacrificed himself when he was just born. He managed to lock the demon Kurama in his son’s body in order to save the whole village. Naruto wants to follow the tracks of his parents but the presence of the demon in his body makes people suspicious of him. 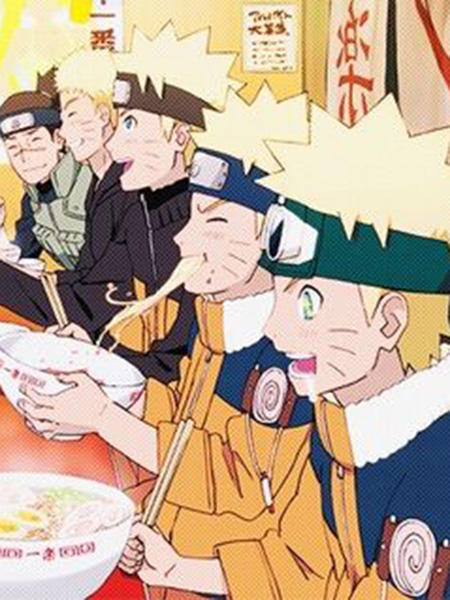 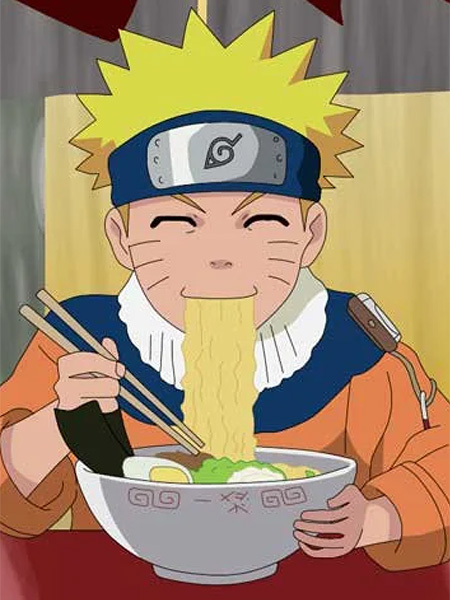 Naruto is shown here eating noodles from a bowl, an image found in many manga. He is sitting cross-legged with his bowl in one hand and his chopsticks in the other. He is wearing his usual orange and black outfit with open-toed sandals. On his head, we find the marks on his cheeks, symbol of the presence of the demon Kurama, as well as his yellow hair sticking out on his black headband. 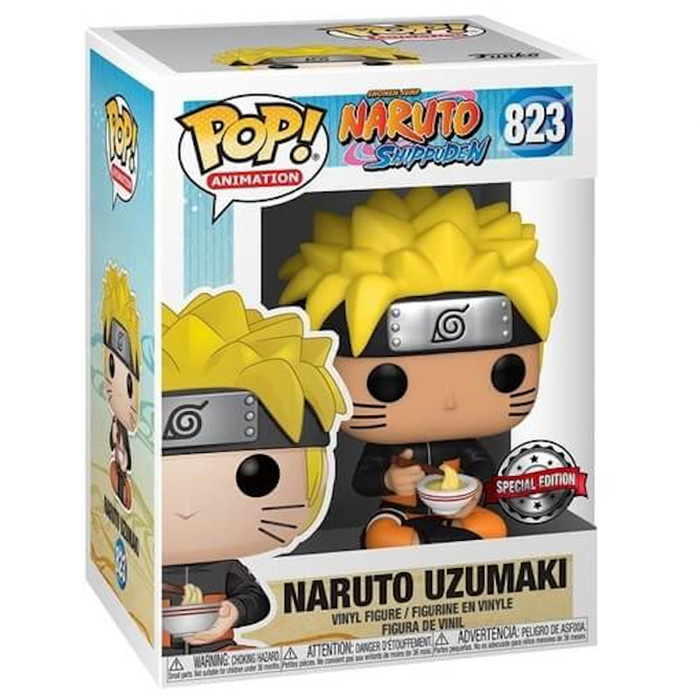