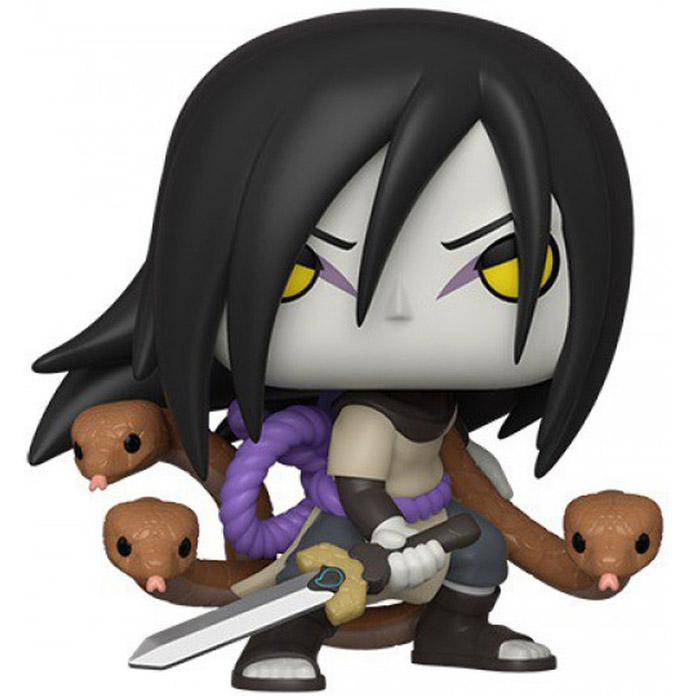 Orochimaru is the antagonist of the first phase of the manga and anime Naruto Shippuden set in a modern Japan but where ninjas, organized into villages and orders have an important and highly respected role in society. Orochimaru was one of the three Sannin of the village of Konoha, notably alongside Tsunade. He was a true prodigy who often distinguished himself during the war, but his goal was to reach immortality by acquiring all the existing ninja techniques, so he began to carry out experiments on children whose genes he modified, not being afraid that this would doom many of them. 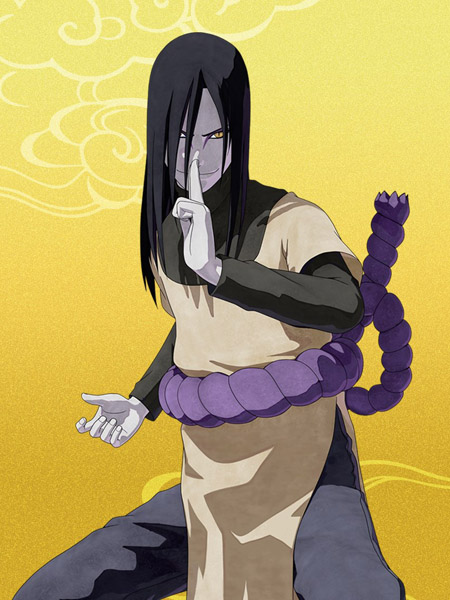 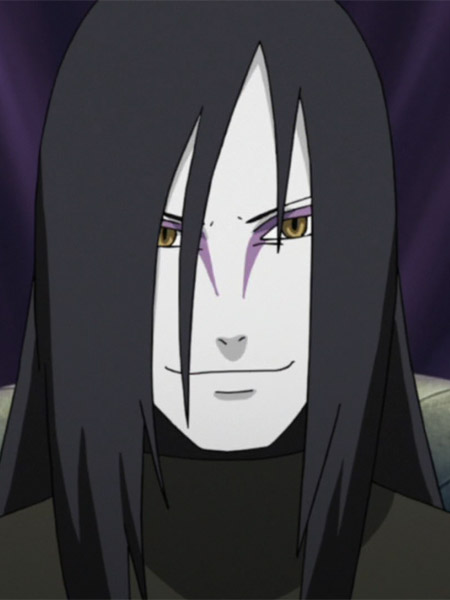 Orochimaru is shown here using the famous snake technique often terrifying his enemies. He is wearing his simple grey and beige ninja outfit with brown sandals. He is holding his sword in his hand and around his waist, he is wearing a purple cord and from his back three brown snakes with their tongues out. On his head, we find his pale complexion and his long black hair falling in front of his face. 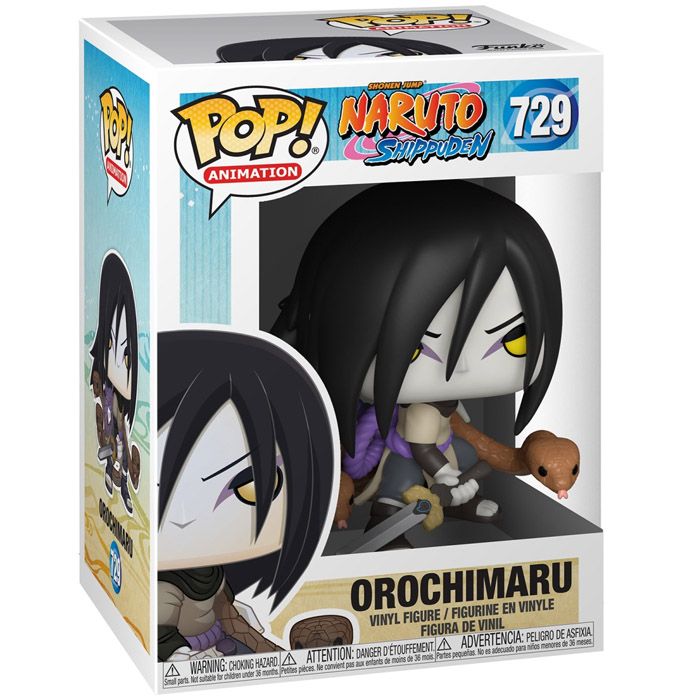