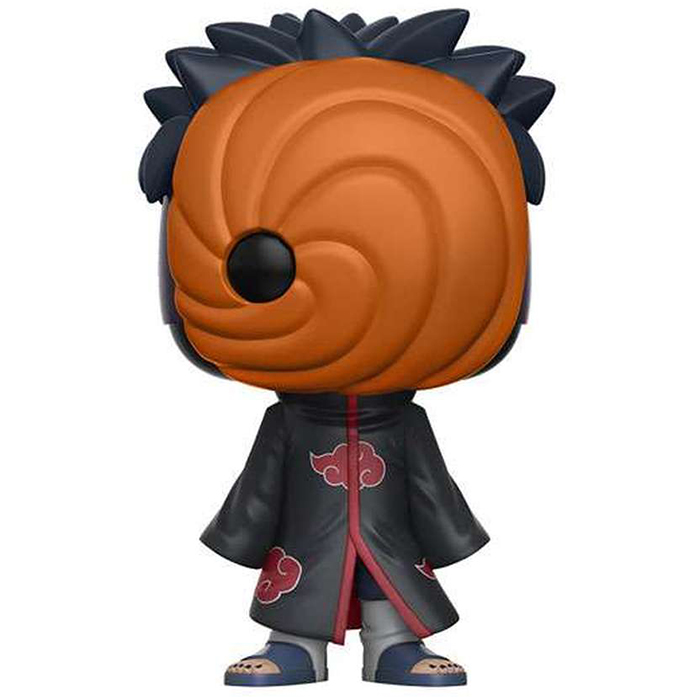 Tobi is one of the most important antagonists in the Naruto manga and anime series set in a Japan where the tradition of ninjas has remained particularly important. He is a member of the Akatsuki, one of the world’s largest criminal organizations, made up entirely of ninjas, and whose goal is world domination. To achieve this, they decided to capture the biju, nine demons allowing the ninja who control them an unequalled power. It will later be revealed that he is the real leader of the organization, having manipulated and controlled Pain for many years. 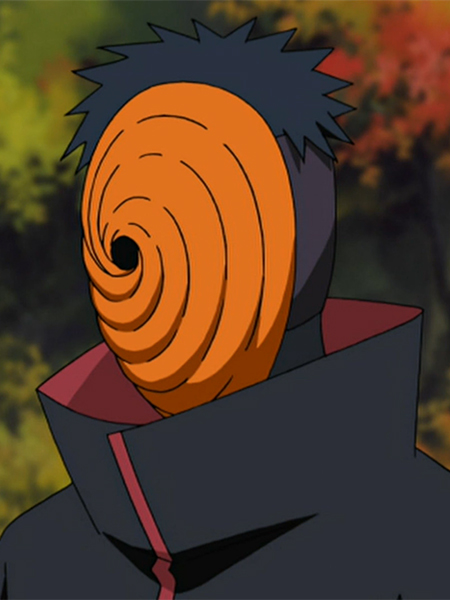 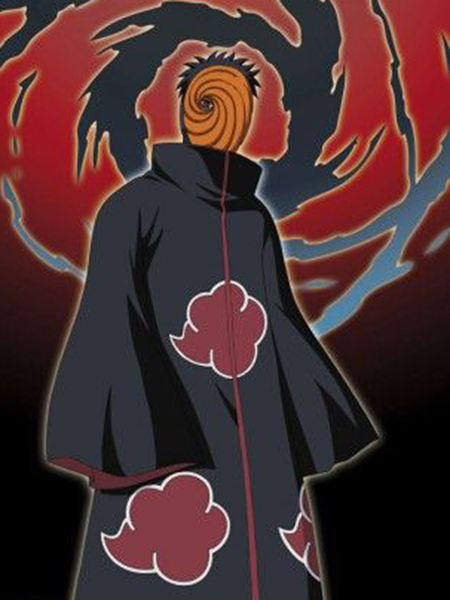 As always, Tobi is shown here with one of his masks, this one never revealing his true face. He is wearing a long black tunic with red clouds and traditional sandals. On his head, we can see his black hair in spikes protruding from the top of his head and his mask is here orange in the form of a spiral starting from his right eye. 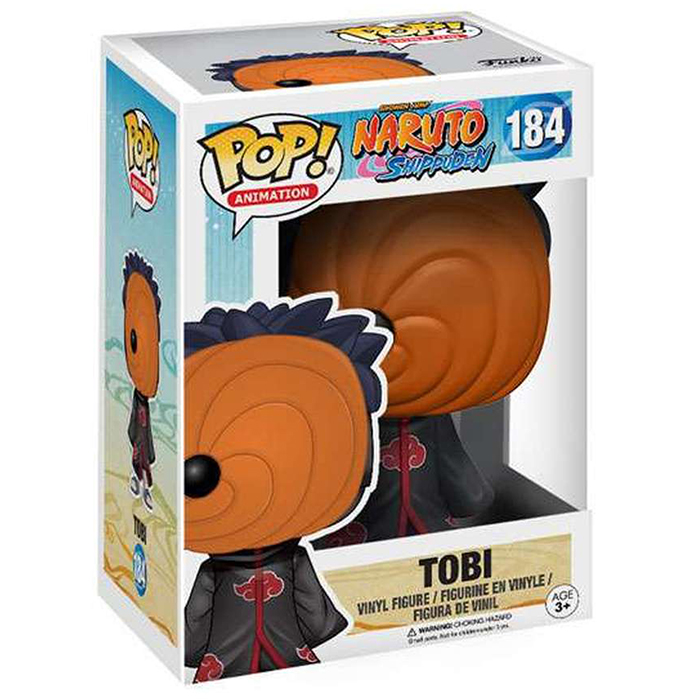