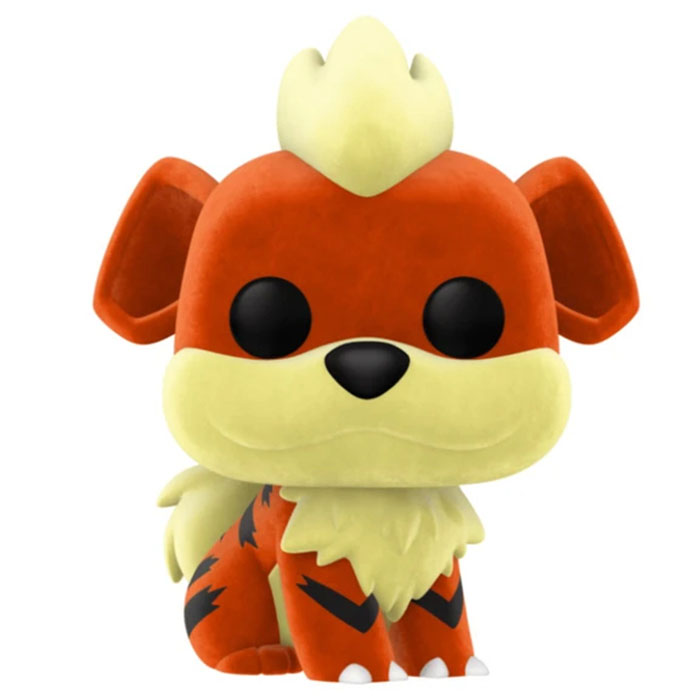 Growlithe (Caninos in French) is a first generation fire pokémon in the famous video game of the same name. It is a dog-like pokémon despite its tiger-like stripes. It is fiercely loyal and will always defend its master, even against stronger opponents. It is also very territorial and has a highly developed sense of smell. He can detect any new scent, which can also be useful in combat. His abilities are intimidation, he can decrease his opponents’ attacks by 50%. He also has fire flash which makes him immune to fire attacks, these, on the contrary, strengthen his own fire attacks. Finally, he has the hidden talent justified. When he is attacked by dark type moves, his attack is reinforced by one point. 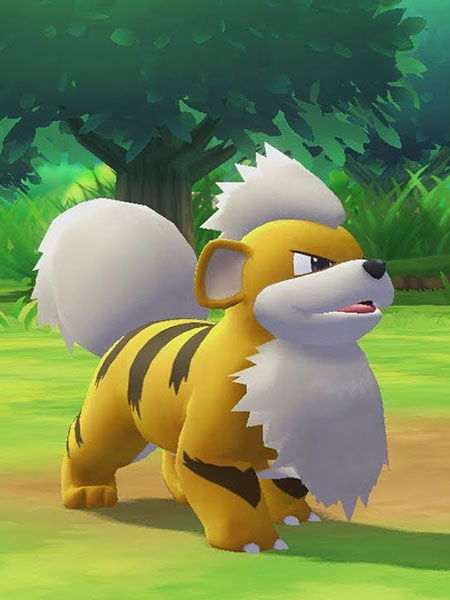 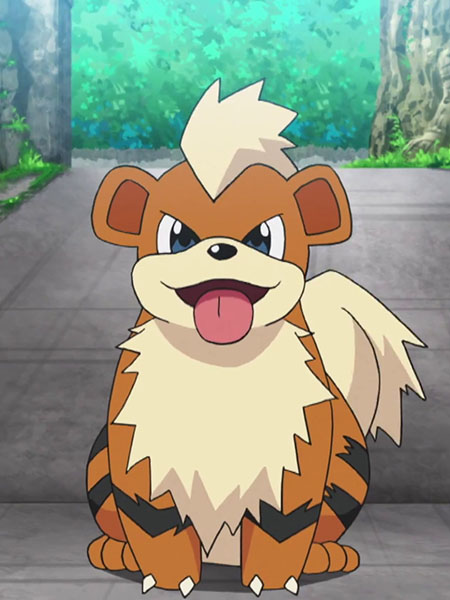 For this exclusive figure, Growlithe is represented in a flocked version with a soft peach skin texture. He is sitting on his backside and gives the impression of smiling. He looks more like a dog with a long bushy yellow tail matching the long hair on his chest and the puff on his head. The bottom of his head is also this color. The rest of his body is orange with black stripes reminiscent of a tiger everywhere except on his face. 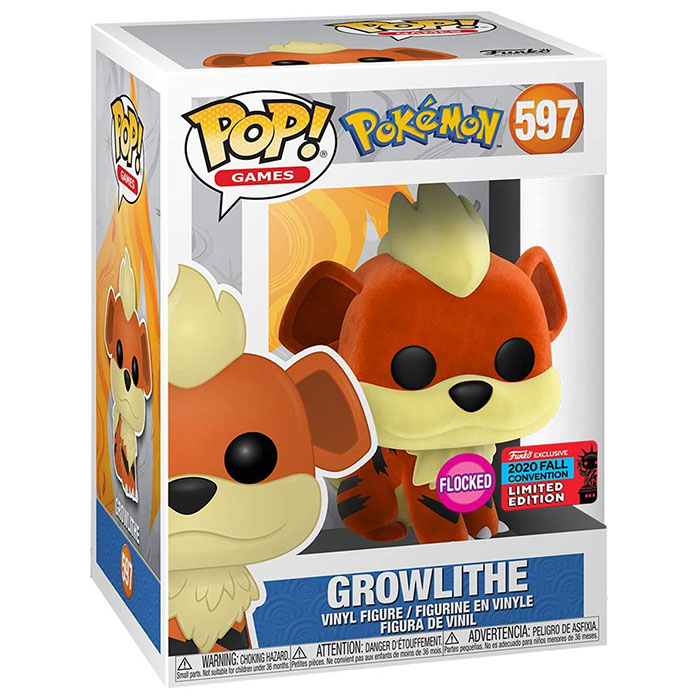