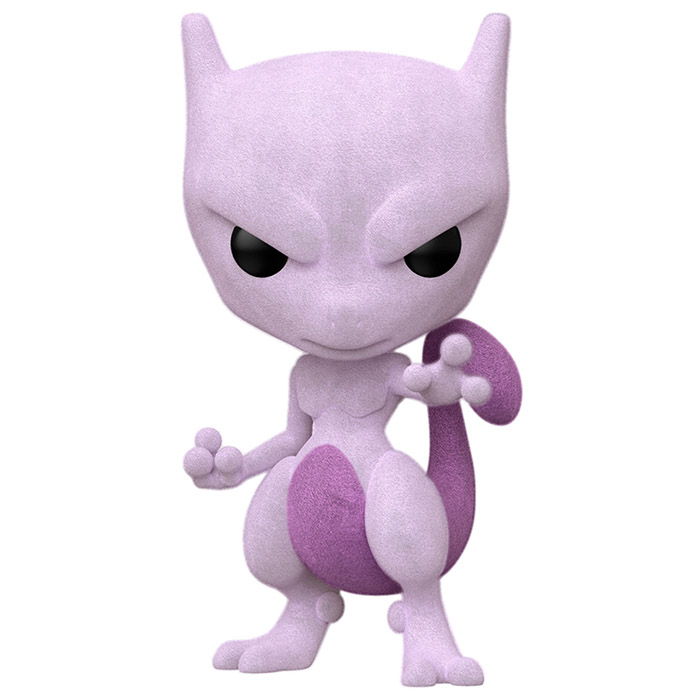 Mewtwo is a first-generation legendary pokémon. Pokémon are the mutant creatures found in the video game Pokémon and its animated series. Mewtwo is a rather special pokémon since it was created in a laboratory by Team Rocket from the pokémon Mew to make it more powerful. For this reason, it has no possible evolution and, being asexual, it has only this form. Like Mew, its powers are primarily psychic, and it can create tension and pressure in its opponents. This forces them to spend more energy to fight him and to forget to eat to regain their strength. 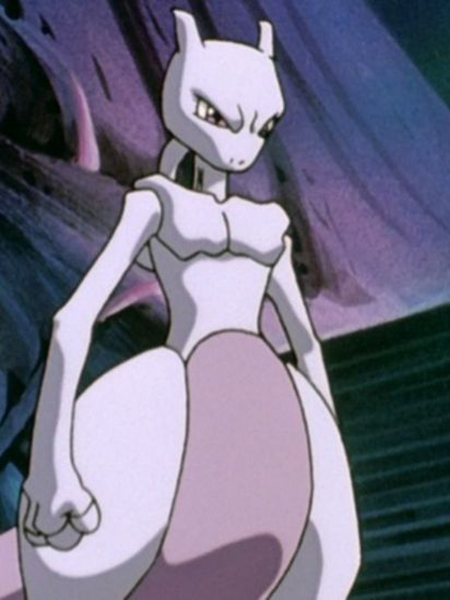 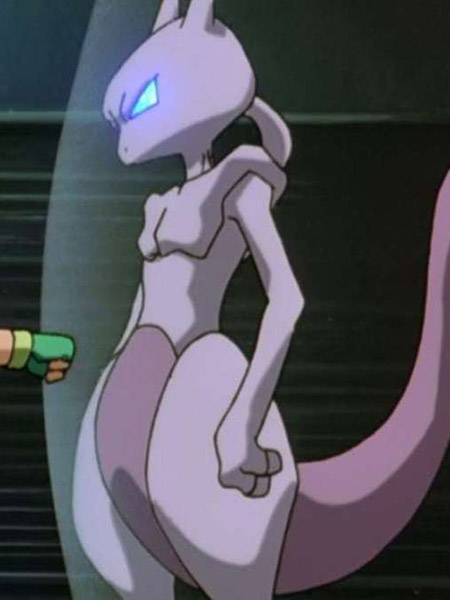 Mewtwo is represented here in a flocked version, with a soft peach skin texture. He has powerful cat-like back legs and funny three-toed front legs. He stands on his hind legs even if, in the game, he is more often levitating. On the head, we find his horns, his black eyes and his concentrated look. 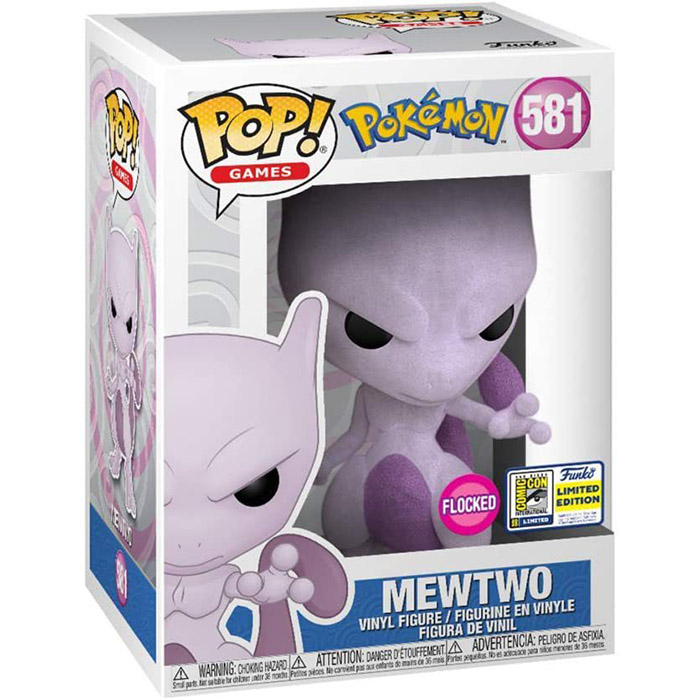