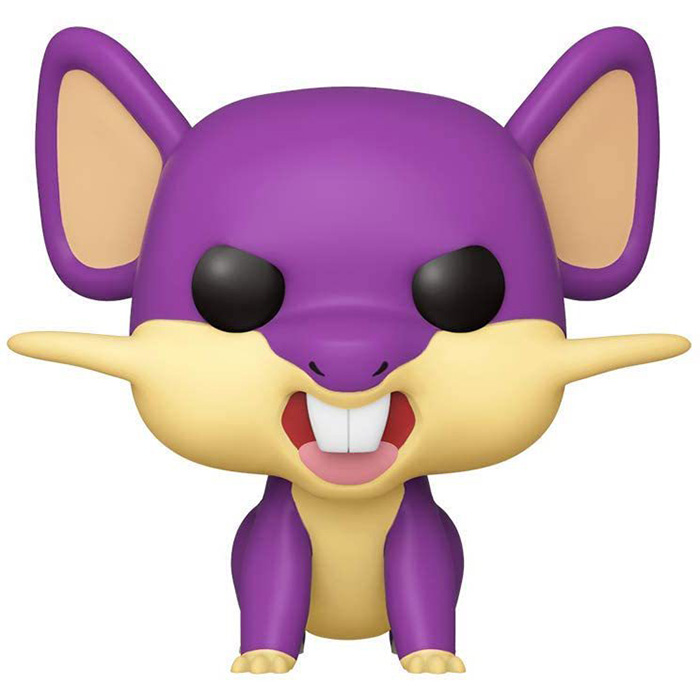 Rattata is a fairly common first-generation Pokémon in Nintendo Studios’ famous series of video games. They take place in a world where the animals we know have been replaced by mutant animals. The player’s goal is to capture them to train them to fight other Pokémon and eventually evolve them. Rattata is a quadruped Pokémon that is often used as training for beginner trainers because it is very common. It has particularly developed senses. Its large ears give it a very keen sense of hearing, its red eyes are piercing and its two large whiskers further enhance this. 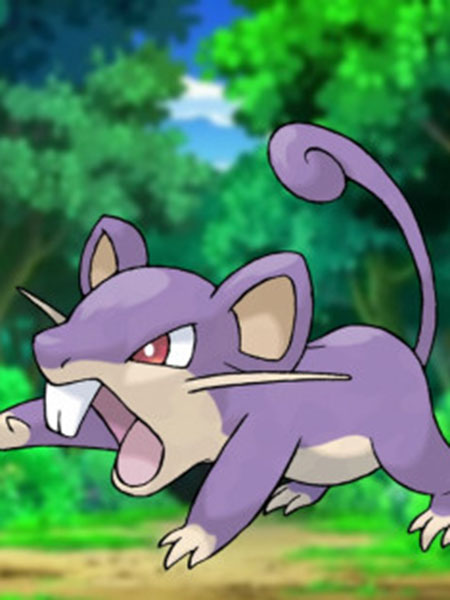 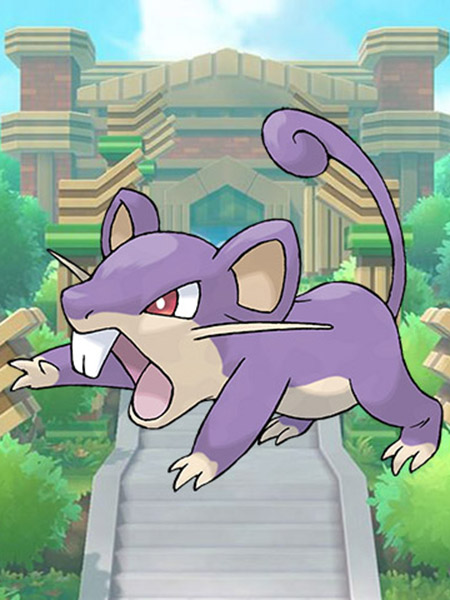 Rattata is shown here on all four legs with his purple body on top and his belly and the lower part of his head yellow. We find the three claws on each of his legs and his tail forming a loop. At the level of the head, its mouth is open on two large white teeth and one sees well its large ears as well as the two thick moustaches on each side of its face. 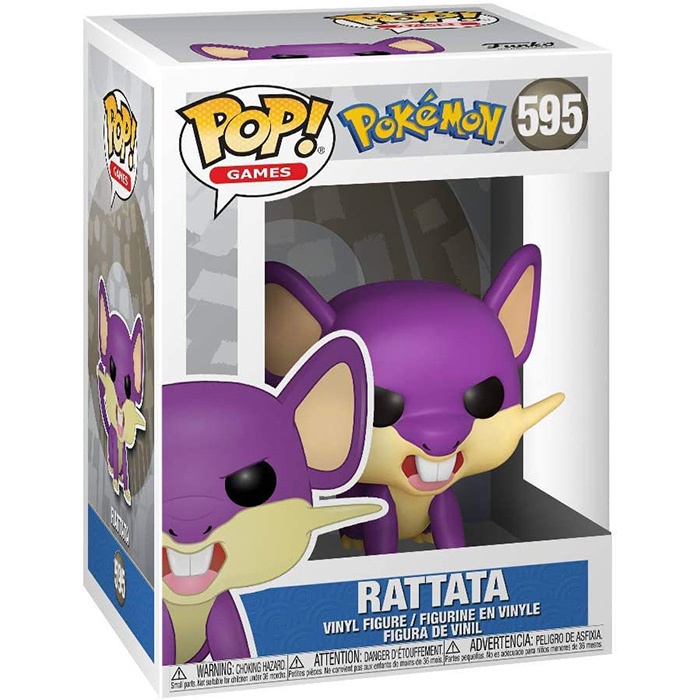