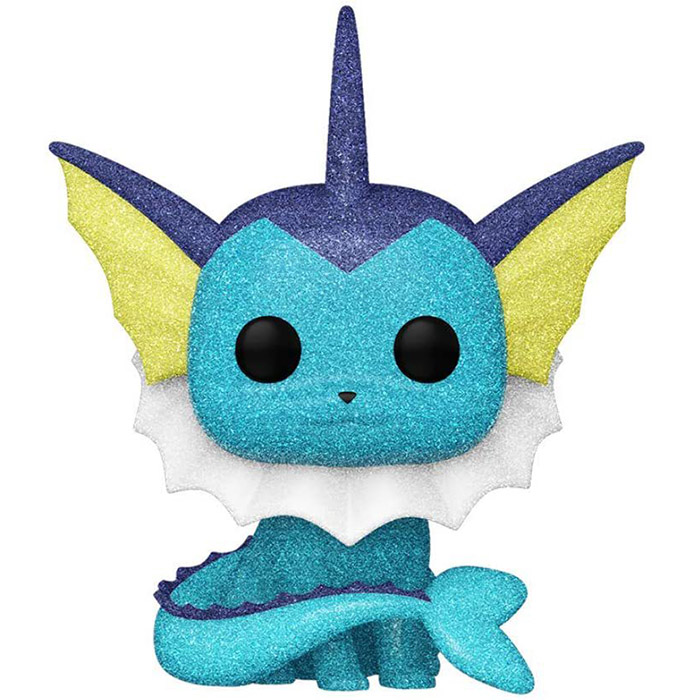 Aquali (Vaporeon in English) is a first generation Pokémon in the famous Pokémon video game in which players must capture these famous mutant creatures to evolve them. Aquali is one of the many possible evolutions of Evoli, here when it is put in contact with a water stone. He keeps part of his fox appearance but he becomes blue and also acquires fish characteristics that give him completely new abilities. Indeed, since his body is now mainly made of molecules whose structure is very similar to water molecules, he can somehow dissolve and become invisible underwater. He is also immune to water-related spells, which even give him back life points. He can also heal his allies when it rains. 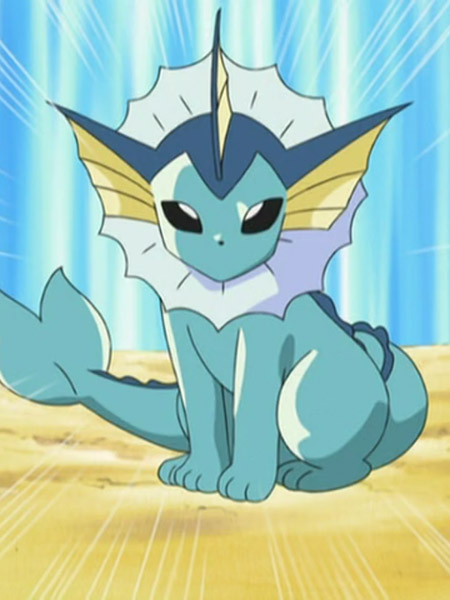 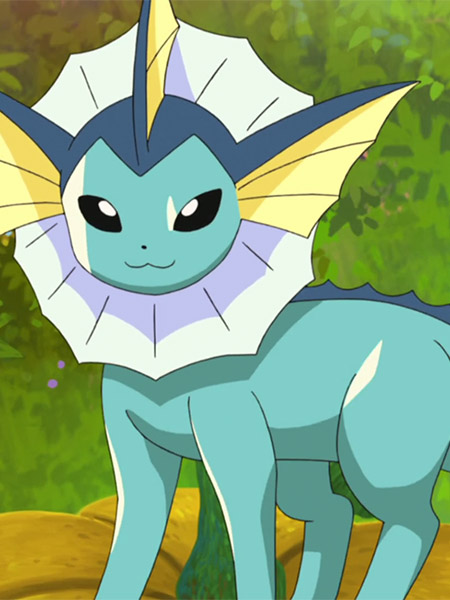 Vaporeon is shown here in a diamond version, which is to say with glitter paint. His body is mostly blue and he is shown sitting on his four mammalian legs. He also has a long fish tail that wraps around him and comes back to the front. He also has two large ears that look more like fins and a horn on the top of his head. Finally, on the bottom of its head, there is a kind of white ruff that can also remind the one of some fish or even dinosaurs. 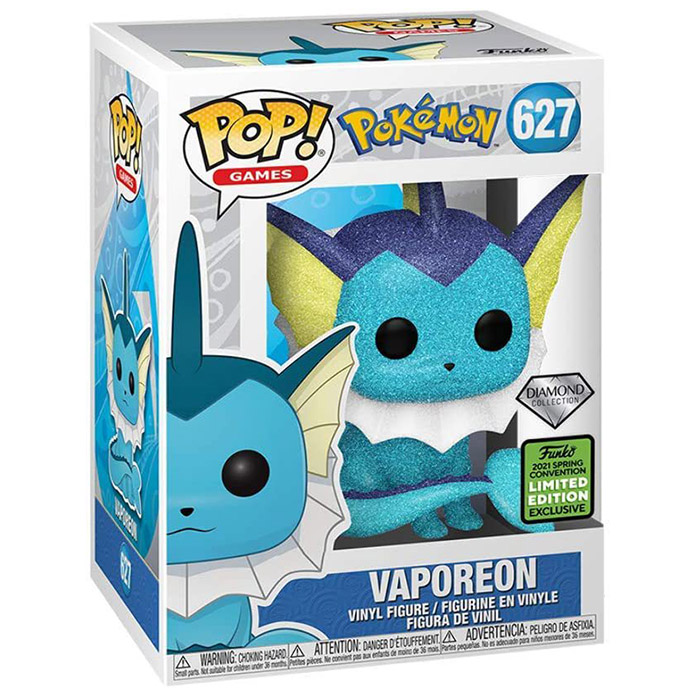