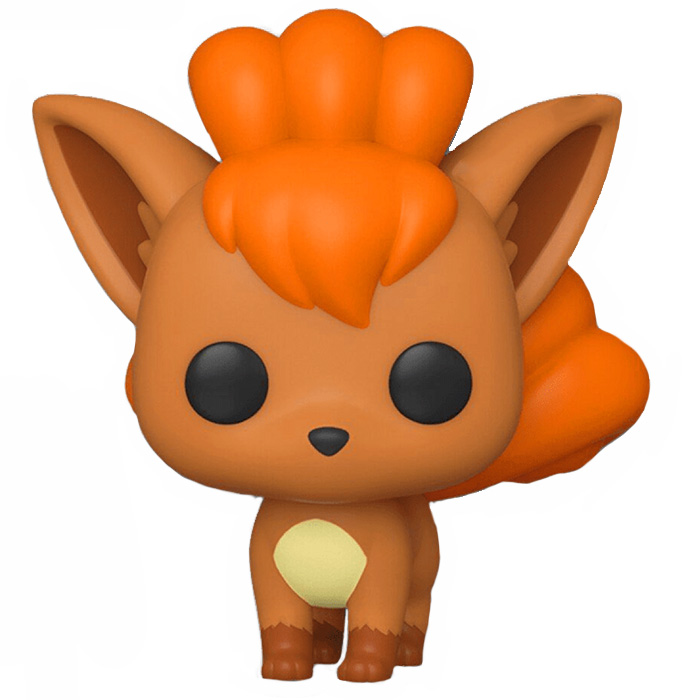 Vulpix (Goupix in French) is a first-generation pokémon in the famous Nintendo Studios video game. Vulpix is a fire-type pokémon resembling a fox and very much inspired by the kitsune, a Japanese mythological creature representing a six-tailed fox. His abilities are mostly fire-related, but he also has the ability to produce small spirit-like flames, which, in addition to creating fire damage, attracts and distracts his enemies. Vulpix can evolve into a Ninetales, a nine-tailed fox when put in the presence of a fire stone. 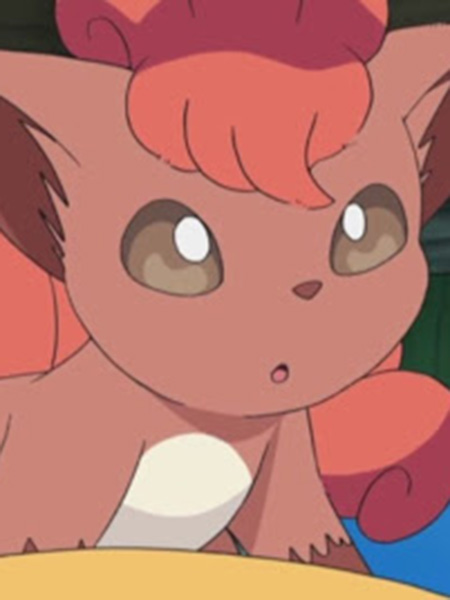 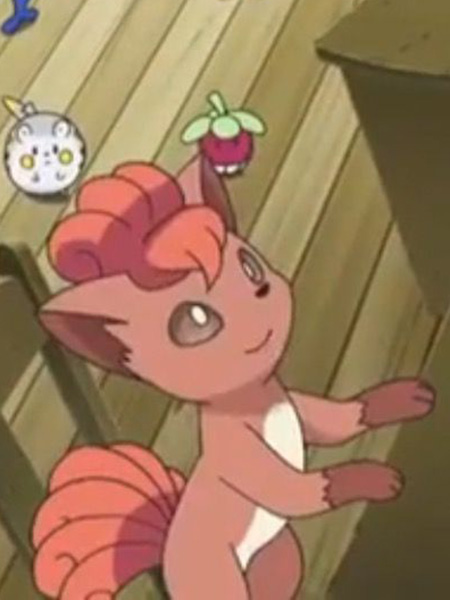 Vulpix is shown here in a supersized 25 cm version. He is shown standing on all four paws with his six fox tails raised and floating behind him. His whole body is mainly red with darker paw tips and a light yellow belly. He has large fox ears and the puff on top of his head and his tails are a fiery orange. 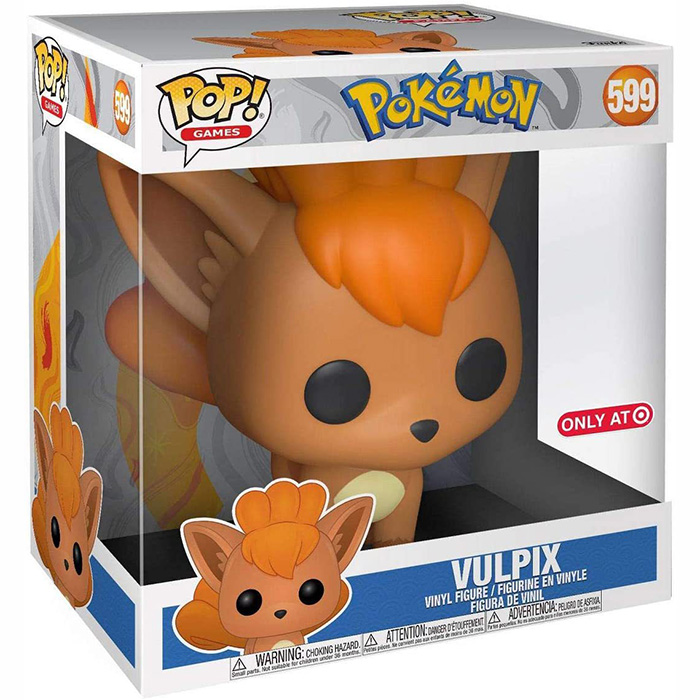