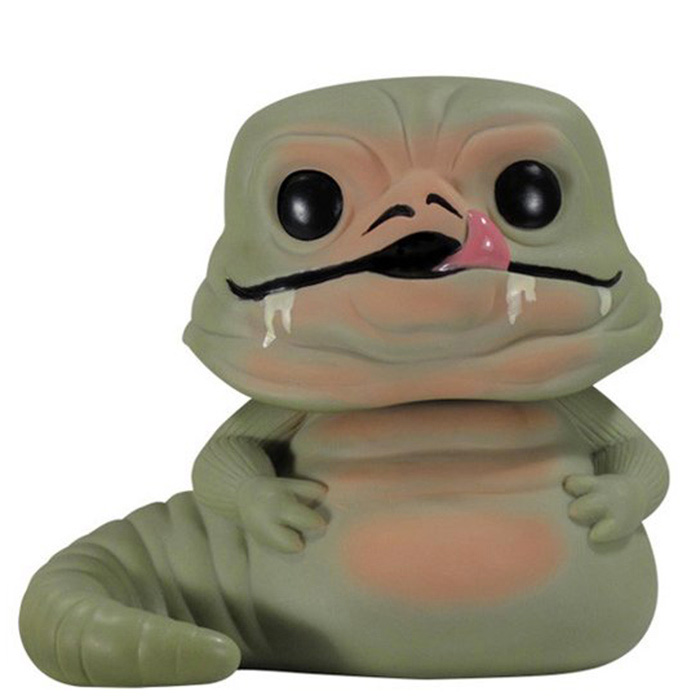 The head of a major criminal organization

Jabba The Hutt is a well-known character in the Star Wars universe. He first appears in the third film of the original trilogy (Return of the Jedi) but is already mentioned in the two previous films. He is the leader of a criminal organization living on Tatooine and has an army of assassins, smugglers and thieves as well as many droids and slaves for his entertainment. He has a bounty on Han Solo’s head after he forgot to pay him back for a shipment he was forced to dispose of after an Empire checkpoint. In Return Of The Jedi, Boba Fett manages to capture him and bring him back to Jabba. Luke and Leia are also taken prisoner while trying to rescue him, but Leia manages to kill him with the slave chains she was forced to wear. 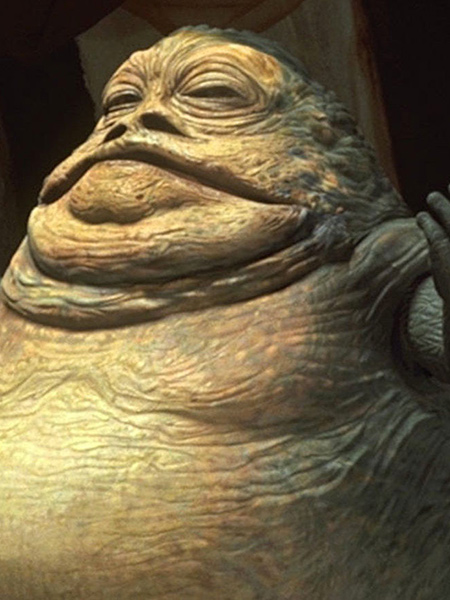 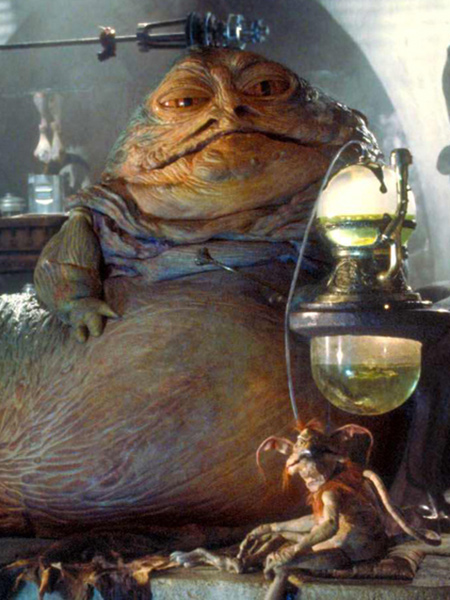 As you can see on this figure, Jabba is not really a very graceful creature. He’s a kind of big worm with two arms and a head that moves more or less by crawling, even if he doesn’t move much due to his huge belly. Like in the movie, his skin is green with some orange touches. At the head level, he has big black eyes surrounded by wrinkles and from his big mouth protrudes his tongue and several streams of slime which show his insatiable appetite. 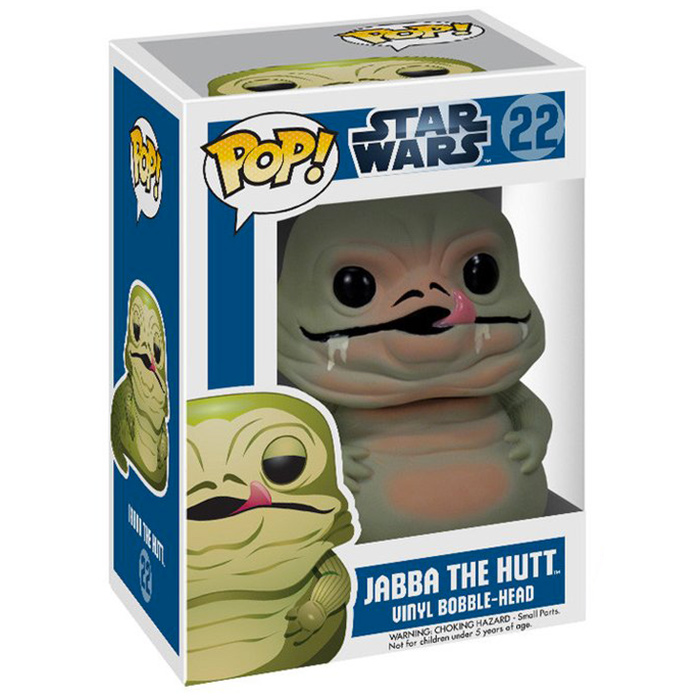