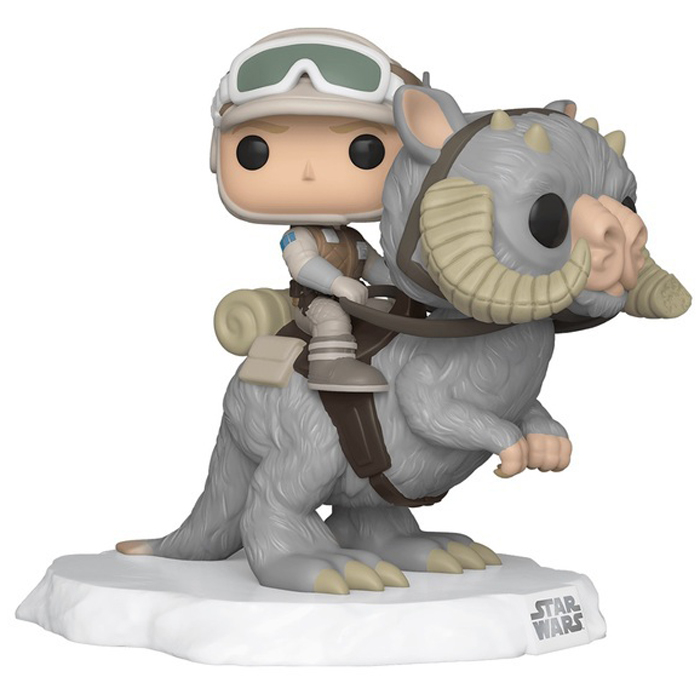 Luke Skywalker is one of the main characters in the Star Wars saga. Having been raised by his aunt and uncle on the planet Tatooine, he was unaware of his sister’s existence or his father’s identity. When he buys a robot and finds an SOS message from Princess Leia, he decides to find Obi Wan Kenobi and together they set out to find her. Finally, they manage to save her and in the second film, Luke has joined the rebel alliance trying to fight the evil galactic empire. The latter are based on the planet Hoth, an icy planet on which it is very difficult to detect them but where life is also very complicated. The rebels have domesticated the tauntaun, the reptilian creatures that live on this planet and are rather well adapted to the climate, to use as mounts when the cold becomes too intense for their ships. 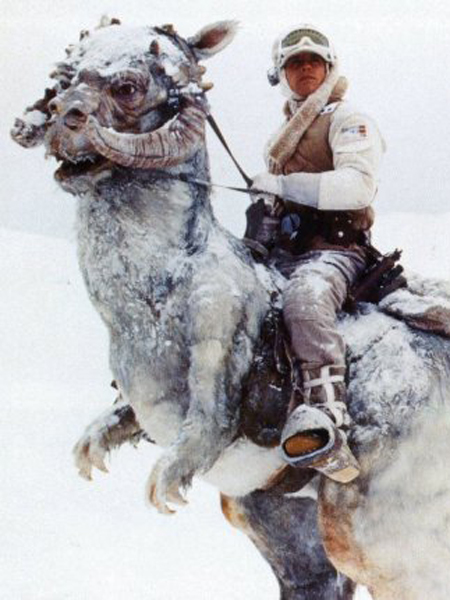 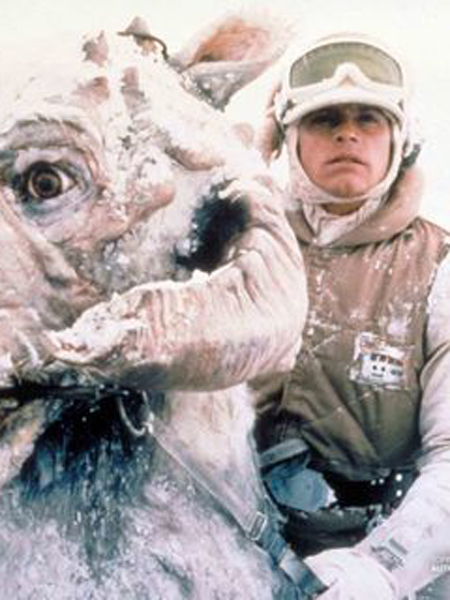 To celebrate the fortieth anniversary of the release of the film The Empire Strikes Back, Funko has released this figure of Luke on the back of a tauntaun. Luke is wearing a beige suit adapted to the cold with big boots and gloves. He also wears a helmet that protects his head from the cold and big glasses. He stands on the tauntaun’s back with a brown saddle and the creature stands on its powerful hind legs. It is covered with grey fur and has a long tail. On the head, it has small ears as well as large curved horns coming back to the front of the head as well as other small growths and a very large snout. 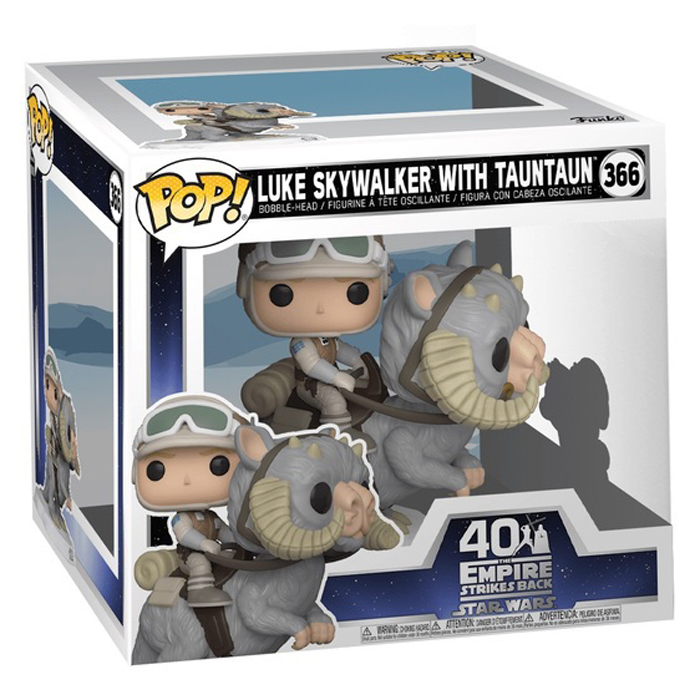