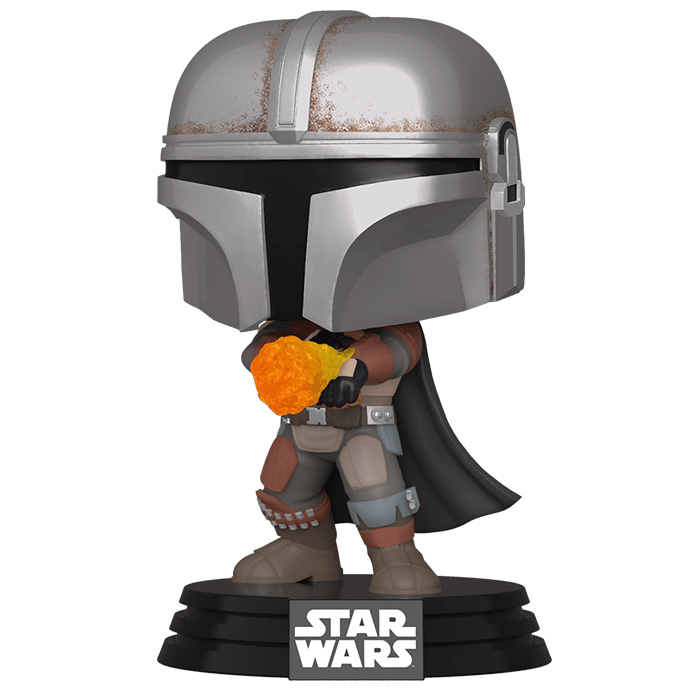 A mission that will change everything

The Mandalorian is the main character in The Mandalorian series set in the Star Wars universe a few hundred years before the first trilogy. He is a bounty hunter working for the guild who accepts a mission at the beginning of the series for a mysterious client who pays him a very large sum of money to retrieve a child of a species that seems to be that of Master Yoda. He delivers him to the client but, having become attached and the client being a former member of the empire, he changes his mind and goes back for him. He will then alienate this rich client and the rest of the guild and will become one of the most wanted men in the galaxy. Fortunately, along the way, he’ll come across allies and friends who are willing to help him, but he’ll also make new enemies. 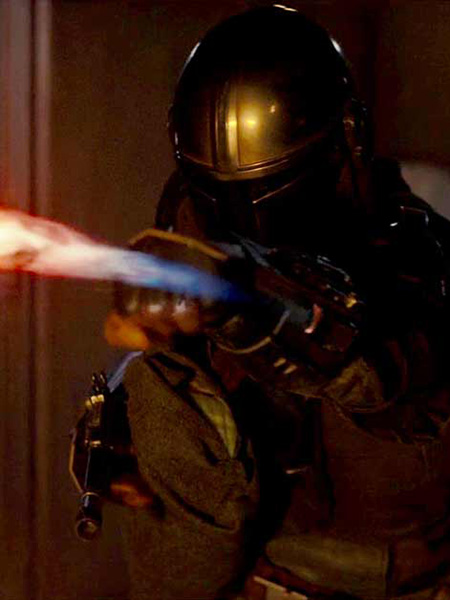 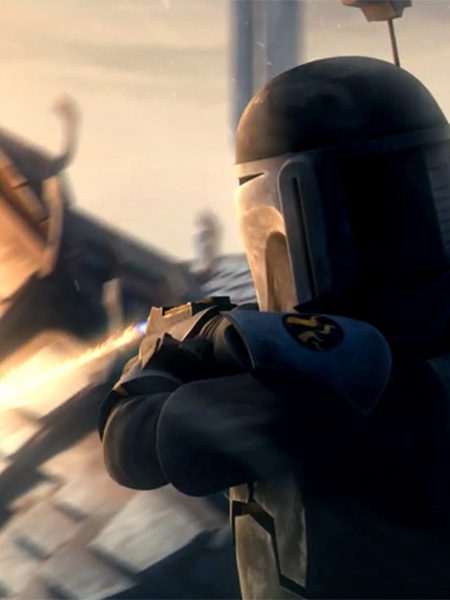 The Mandalorian is shown here in his most basic outfit and armor as seen in the first two episodes. He is wearing a brown jumpsuit and matching boots with several different colored armor plates and a brown cape. At the head level, he wears his famous grey Mandalorian helmet with that famous recognizable shape at the eyes. Finally, he has his arm forward and uses one of the many weapons included in his outfit, a flamethrower. 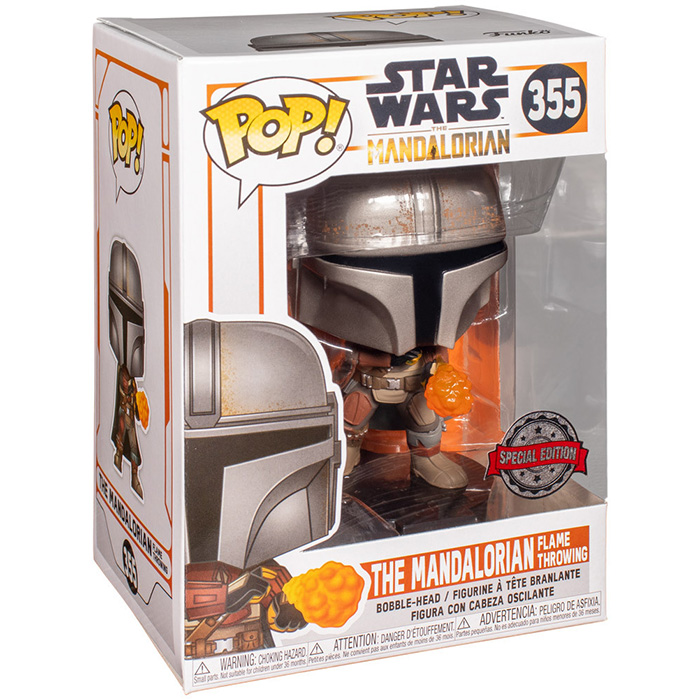