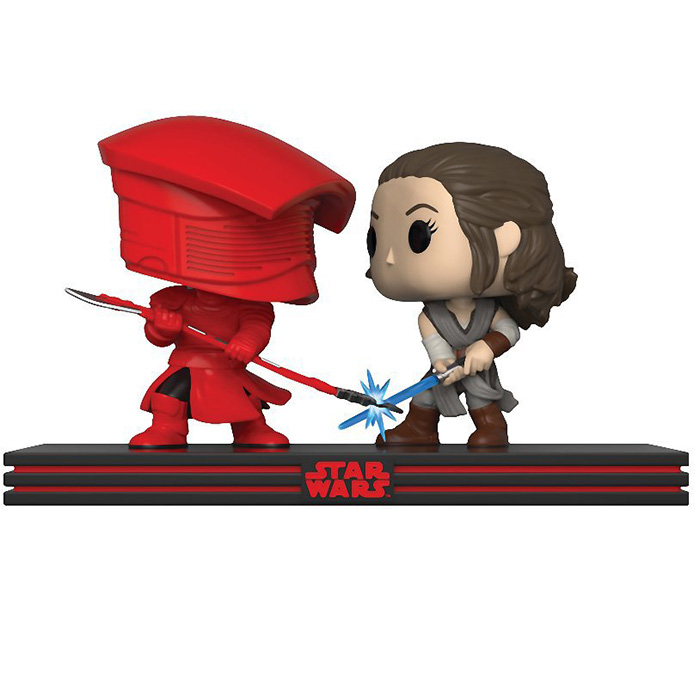 An attempt at redemption

In the second film of the third Star Wars trilogy, Rey travels to the planet Ach-To where Luke Skywalker has been exiled to ask him to train her and teach her how to use the Force. He also teaches her more about Kylo Ren and how he should have killed him when he sensed that Snoke was taking him to the dark side of the Force. But convinced that Kylo Ren can still be brought to the right side, she goes to Snoke’s ship. He orders Kylo to kill her, but he kills Snoke instead and, with Rey’s help, defies the Praetorian guards. At the end of the fight, while Rey thinks it’s a sign that Kylo is ready to join the good side, he offers her to rule the galaxy by his side. They then fight over Anakin Skywalker’s lightsaber, which ends up being cut in half, and Rey flees the ship. 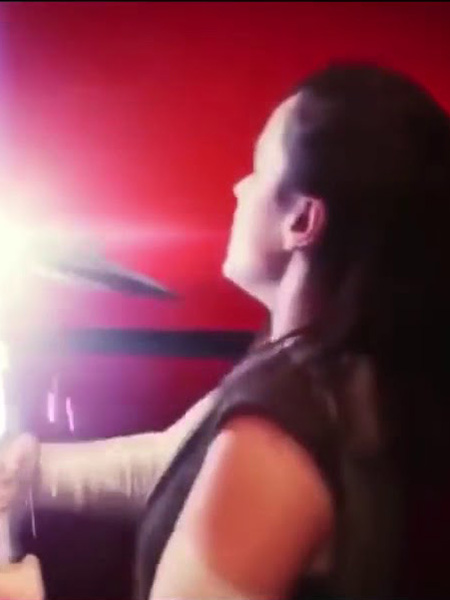 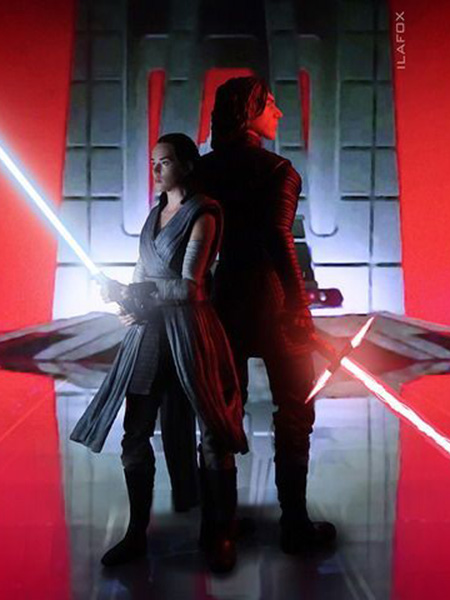 For this new movie moments, Funko has represented Rey fighting one of Snoke’s famous Praetorian guards. Rey is wearing the same outfit she’s been wearing since the beginning of the trilogy, short pants with boots and a tunic crossed over the front of the chest and the shoulders uncovered. The ensemble is in shades of beige and brown. At the head, her medium-length hair is pulled back with two small strands falling to the sides. She holds her blue lightsaber, which flashes against the red spear of the Praetorian guard. The latter is wearing a long red tunic, matching boots and a strange helmet, also red, hiding his entire face and giving him a bit of a Japanese samurai look. 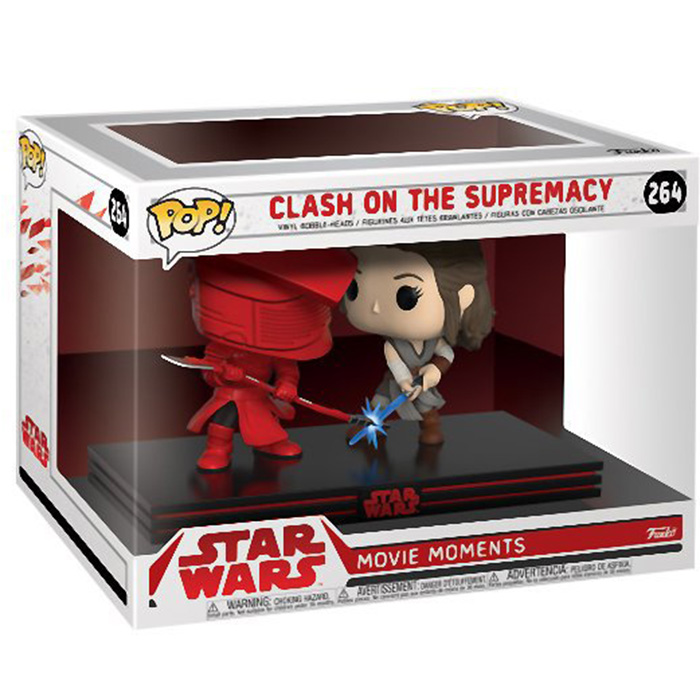