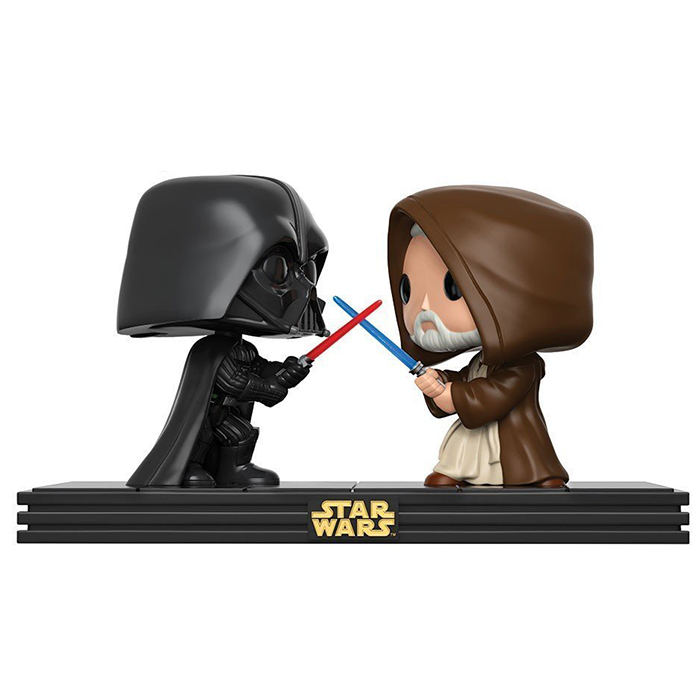 At the end of the first Star Wars movie, since renamed “A New Hope”, Luke, Han Solo, Chewbacca and Obi Wan Kenobi break into the Death Star, Darth Vader’s huge space base, in order to rescue Princess Leia and if possible destroy the said base. It is then that they cross paths with Darth Vader. Obi Wan, his former master tells the others to go and save the princess while there is still time and he fights Darth Vader alone. After a long fight, Darth Vader finally wins and Obi Wan disappears, leaving only his Jedi outfit behind. 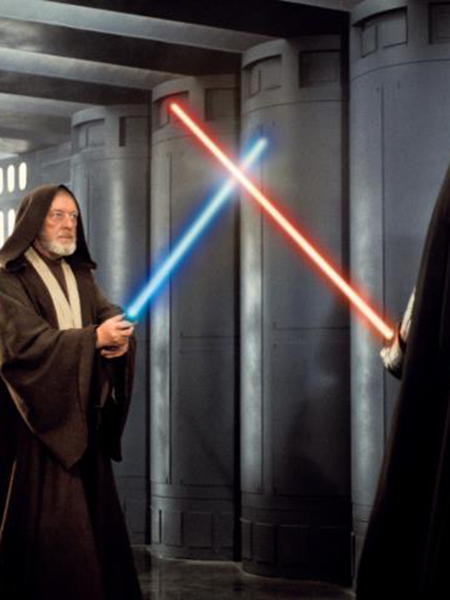 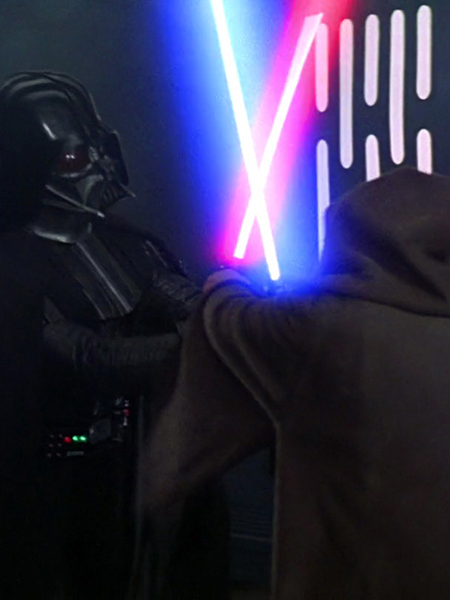 The master and his student

For this famous Star Wars scene, Funko has depicted the student and his master on a sleek black base reminiscent of the Death Star design. The two characters are in a fighting stance, their lightsabers crossing in the center. Darth Vader is of course wearing his famous black outfit completed with a cape and his famous helmet covering his whole face. Obi Wan is wearing the classic Jedi outfit: a long beige robe and a brown coat with a large hood and we recognize of course the white beard on his face. 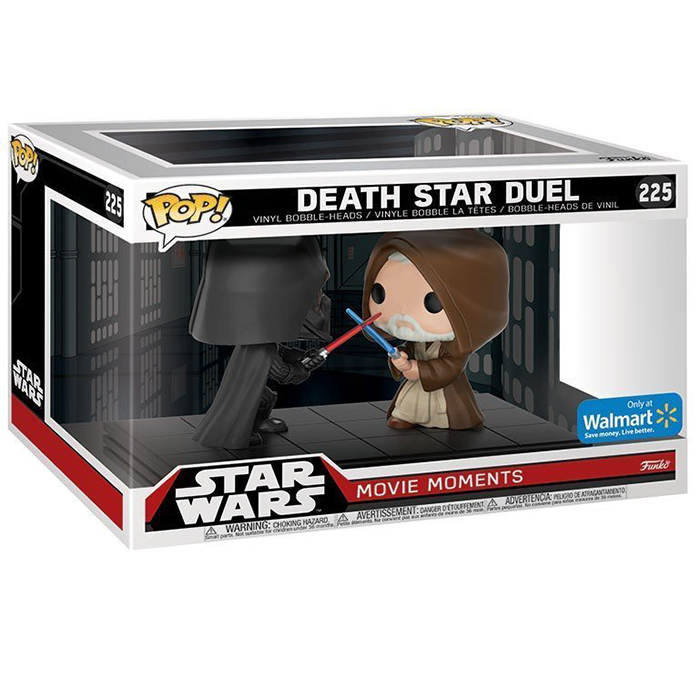