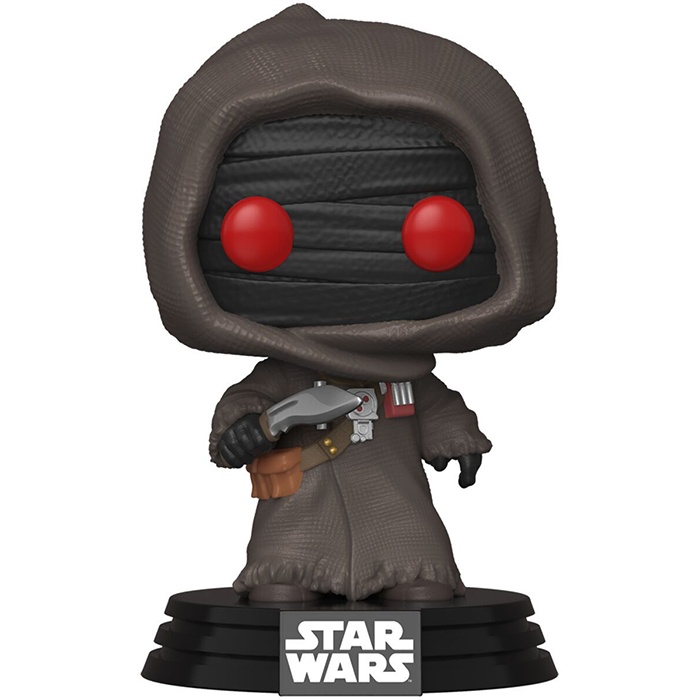 Jawas are well known creatures from the Star Wars universe found in the second episode of the first season of The Mandalorian. After recovering his mission, the young baby Yoda, the bounty hunter is about to return to his ship to leave but it has been completely dismantled by the Jawas, these creatures with a strange tongue whose only eyes are red. Indeed, the latter are known to plunder ships with their funny rectangular vehicles. He tries to take it back by force but is unable to do so. Fortunately, his new friend Kuiil will help him negotiate with the funny little creatures and recover the parts of his ship. 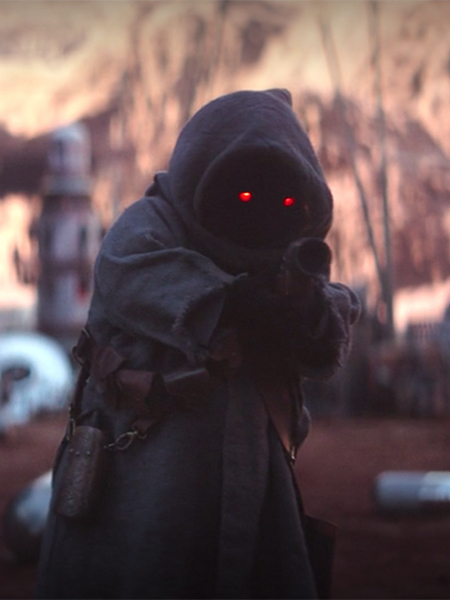 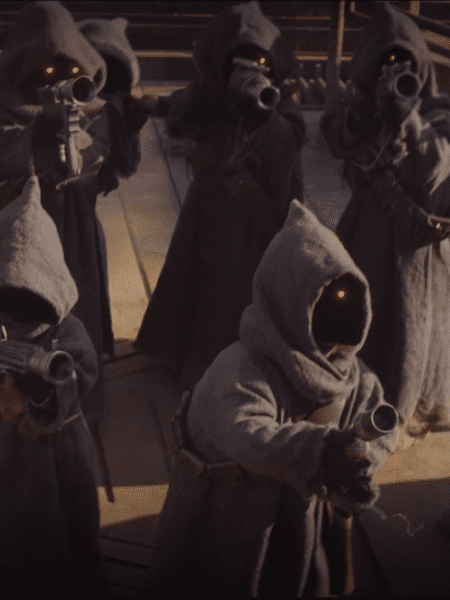 The jawa is shown here wearing the identical outfit they all wear. It is a long brown coarse cloth coat with a hood hiding the back of their head. Black bands hide the rest of their heads and only red eyes are visible. The one wears an ammunition belt across his torso and holds a large knife in his right hand. 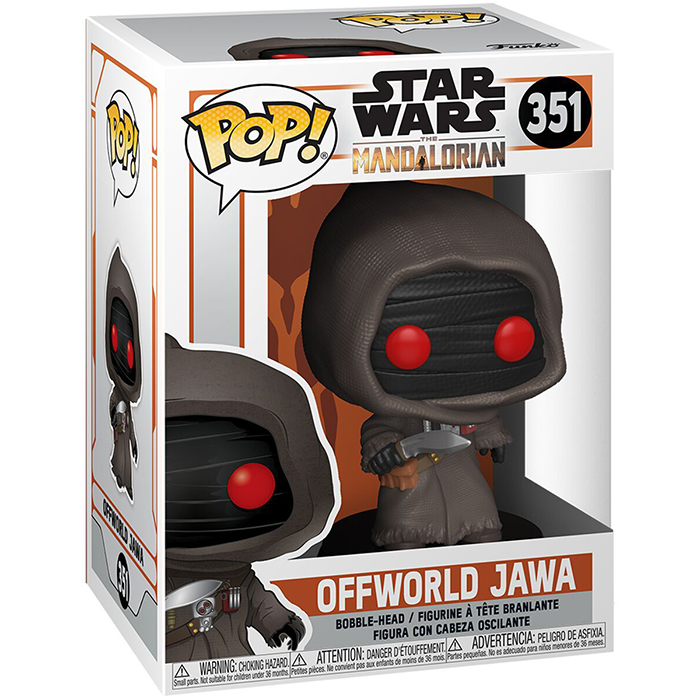