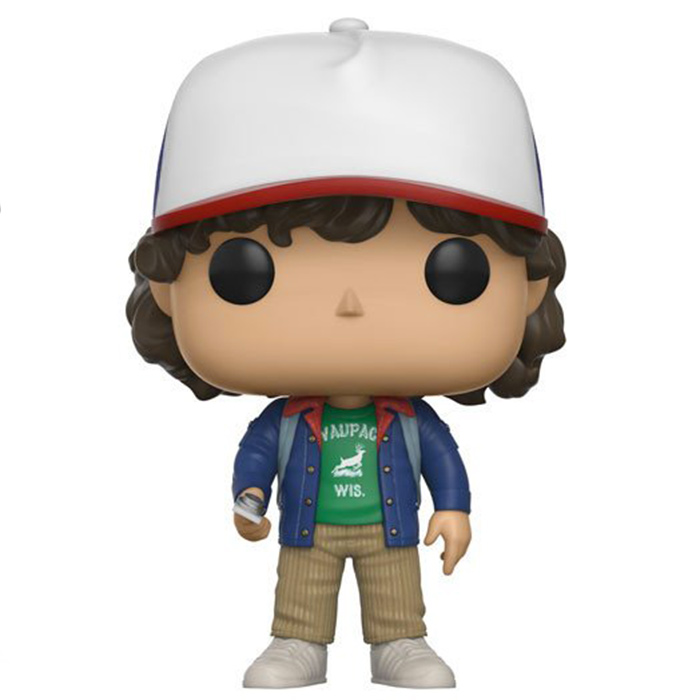 Dustin is one of the main characters of Stranger Things, the famous 80s nostalgic fantasy series. Indeed, despite being created in 2016, this series is set in the early 80s in the United States in a spirit close to Steven Spielberg and Stephen King. At the beginning of the story, young Will is riding his bike home after a day spent playing Dungeons and Dragons. On his way, he meets a terrifying creature that chases him home. Unfortunately, no one is home and the creature manages to abduct him without a trace. Soon, strange phenomena lead his mother to believe that something very strange has happened and soon his friends Dustin, Mike and Lucas come to the same conclusion. The four boys are considered outsiders at school with their nerdy side. And this will serve them well as they will be able to spot clues that could lead them to their friend. Dustin is also the funny one of the gang with his jovial side and the unusual side of his physique with his missing teeth. 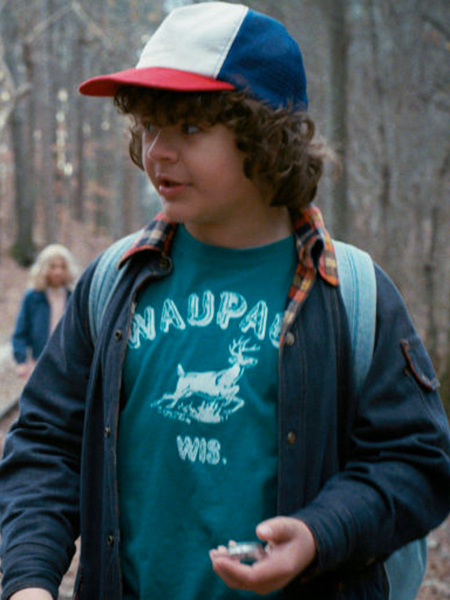 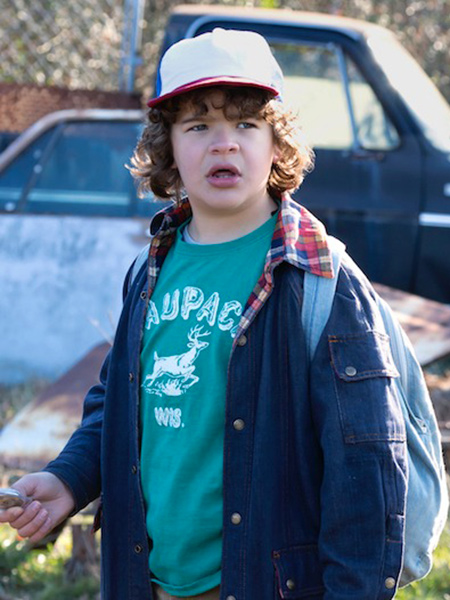 Dustin and his cap

Like each of the characters on the show, Dustin has a definite style that hardly changes over the course of the episodes. Like Mike, he wears corduroy pants, beige in his case, with sneakers typical of his time. On top, he wears a green t-shirt in the colors of a sports team. Over it, he wears a distinctive denim jacket with the collar of a checkered shirt spilling over. He is also carrying a backpack and in his hand he is holding the compass that allows the boys to detect an important clue to find their friend. On the head, we can see his thick curly hair under a big white cap with a red peak. 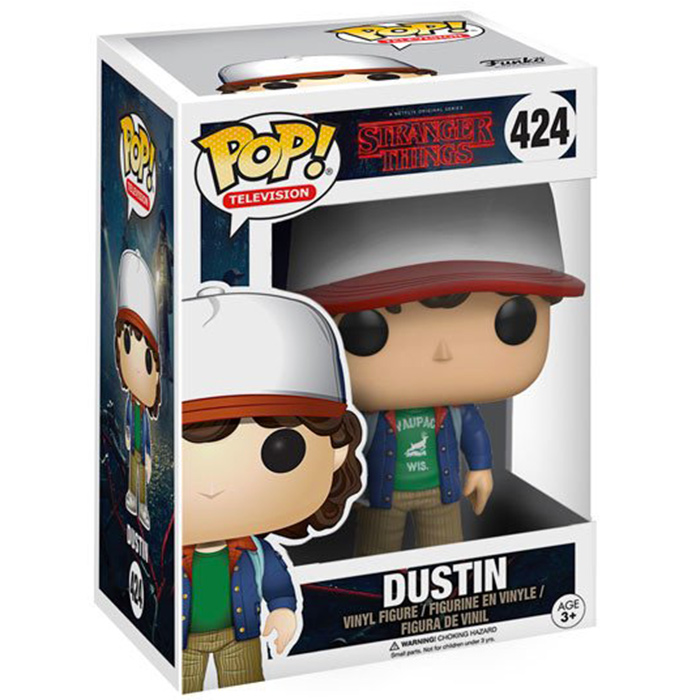