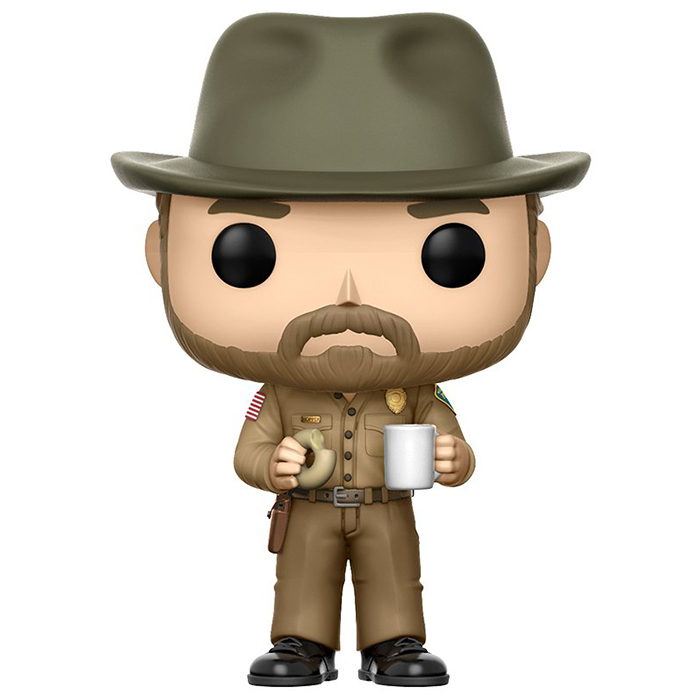 Hopper is the sheriff of the small town of Hawkins, Indiana in the Stranger Things series. This series takes place in the early 1980s and is reminiscent of several Stephen King books such as Ca or Stand By Me. At the beginning of the story, Will, a young boy of twelve disappears after being kidnapped by a mysterious creature. Hopper, the town’s disillusioned sheriff, begins to investigate, turning first to Will’s father who no longer lives with them, despite Will’s mother Joy’s insistence that things are more complicated than that. Until certain events make him turn to the enigmatic research lab near Will’s house. He then agrees with Joyce’s opinion and goes off on a much less conventional tangent. As the story progresses, we come to understand that Hopper has lost his daughter to an illness, which makes him particularly sensitive to Joyce’s distress. 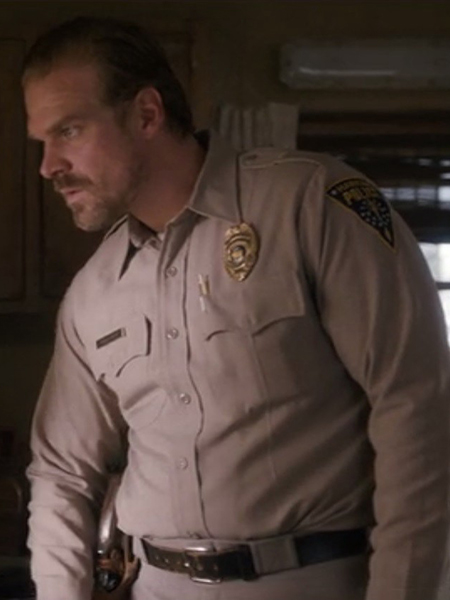 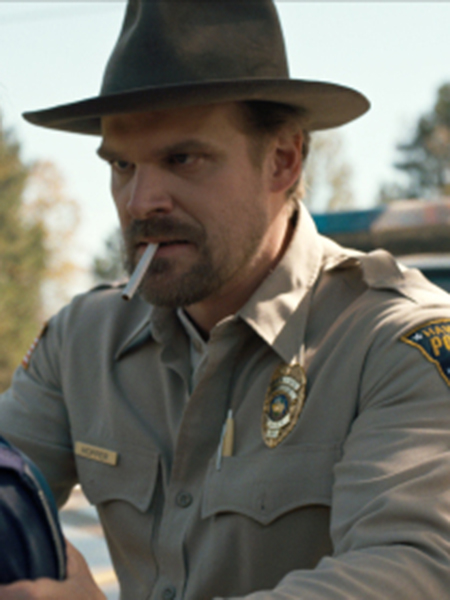 Despite his appearance, Hopper is not such a quiet small town sheriff and he will get involved in the investigation far beyond what is usually required of someone in his position. He is shown in his classic sheriff’s outfit: brown pants with a matching shirt decorated with his gold badge, an American flag and a Hawkins city crest. With this, he wears brown boots and his pistol on his belt. On his head, we can see his goatee and his big beard and of course he wears his classic sheriff’s hat that goes with his outfit. Finally, he holds in his hands a coffee mug and a donut, a perfect cliché of the American policeman such as it is often represented in the series. 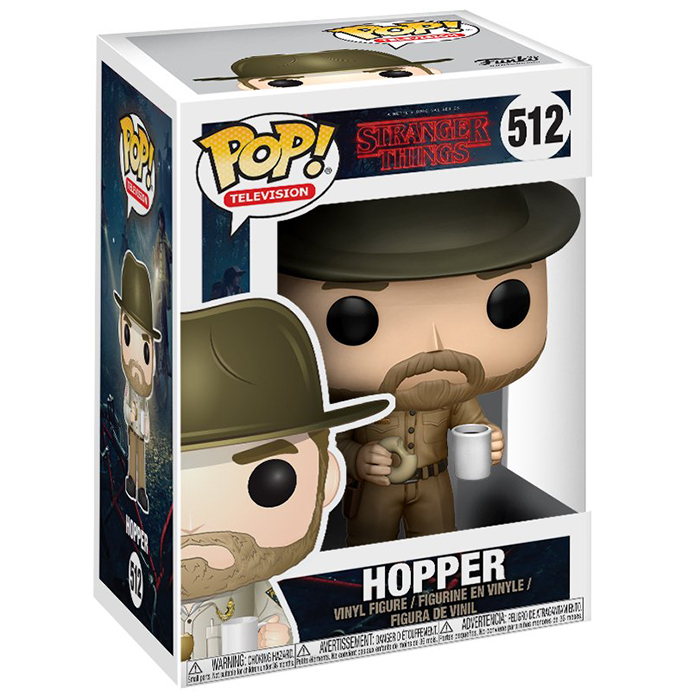