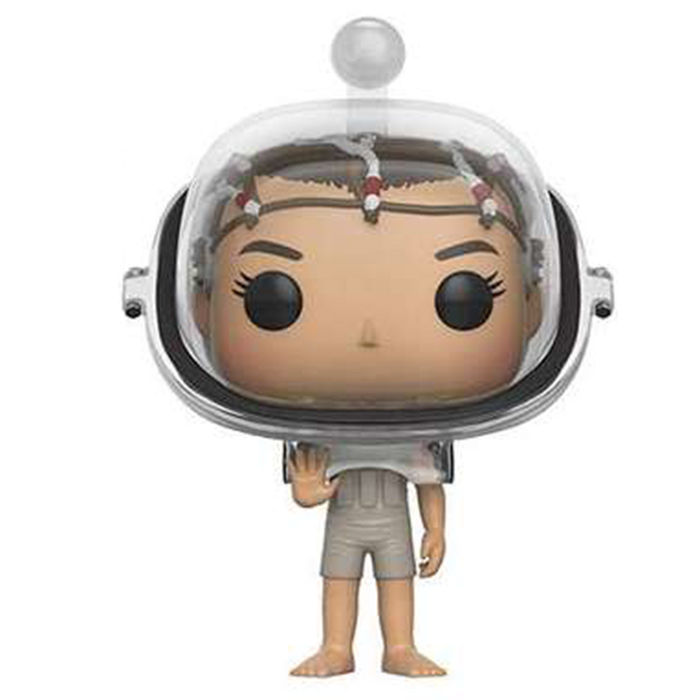 The girl with the strange powers

Eleven is one of the main characters in the first season of the Netflix series Stranger Things. This fantasy series is set in the early 1980s in a small American town. The story begins when a scientist from a government lab is kidnapped by a strange creature. Shortly after, Will, a young boy is abducted by the same creature on his way home from the lab. In addition to his mother and the local police, his friends begin the search. While in the forest near where he disappeared, they meet Eleven, a young girl with a shaved head who seems almost unable to speak. Seemingly afraid of adults, they decide to hide her in the basement of one of them. Through flashbacks, we understand that Eleven was living in this government laboratory and that she was being experimented on so that she would develop psychic powers. 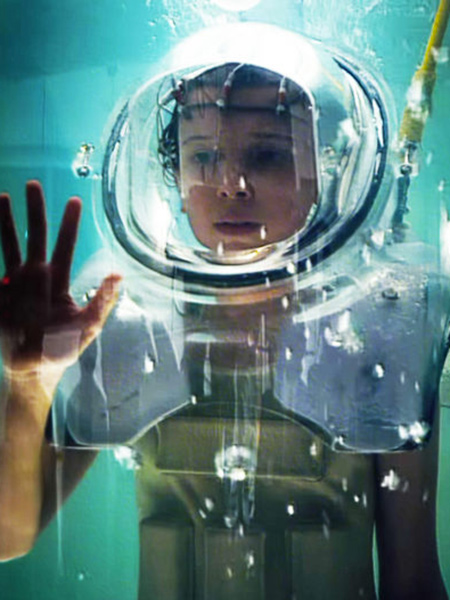 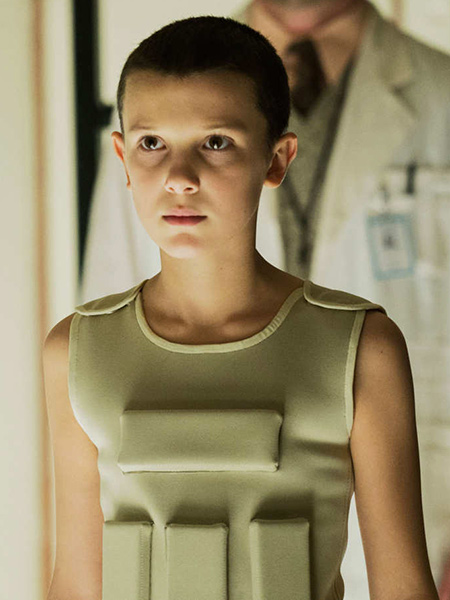 In one of her flashbacks, we can see that Eleven was at one point immersed in water in order to enter a state of sensory deprivation theoretically allowing her to concentrate better. That’s how she is represented on this figure, exclusive to Hot Topic stores. We can see that she is represented with this minimalist Belgian suit stopping above the knee. At the head level, she wears a kind of transparent diving suit allowing her to keep breathing. We can guess her simple face with its pink cheeks as well as her hair cut very short and the electrodes on her head. 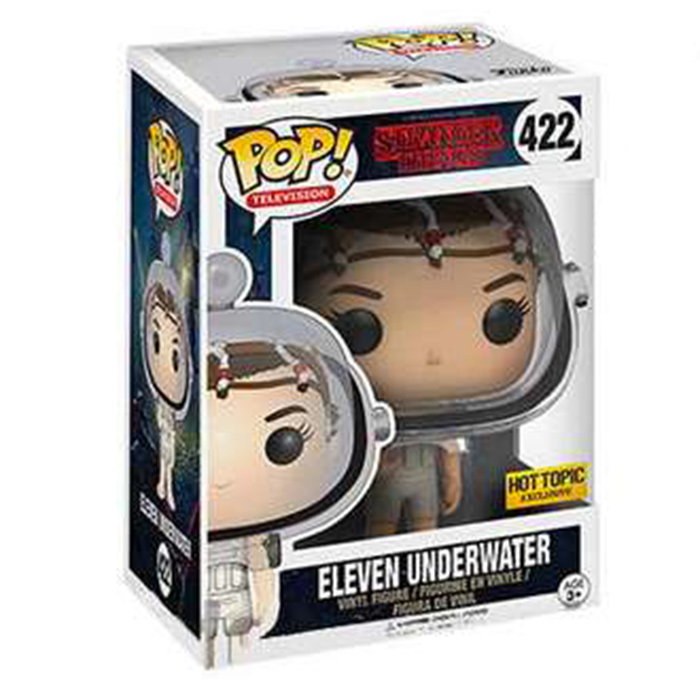