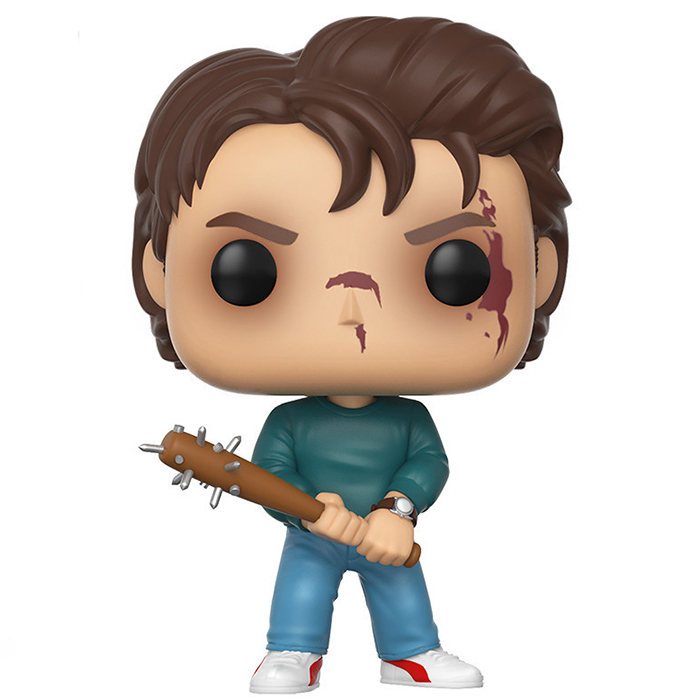 A Not So Dumb Boy

Steve is a secondary character in Stranger Things, the acclaimed Netflix series, taking on a bit more importance in the final episodes of the first season. In this series set in the early 1980s in a small American town, Will, a young boy is abducted by a strange creature while walking home from his friend Mike’s house. Soon, his three best friends Mike, Dustin and Lucas start to investigate and find strange things. At the same time, Mike’s older sister Nancy, a rather discreet girl until now, starts dating Steve, one of the “cool” boys of the school. Her friend Barb doesn’t like this too much and during a party where Nancy has isolated herself with Steve in a room, she finds herself alone by the pool. It is then that she is also captured by the creature. Nancy will then join forces with Jonathan, Will’s grown-up, to lead the investigation. Steve will be jealous, aggressive and stupid with the young boy. However, when they all find themselves under attack by the creature in Will’s house, Steve finally shows courage and helps them. In the end, he will join them in trying to save Will and Barb. 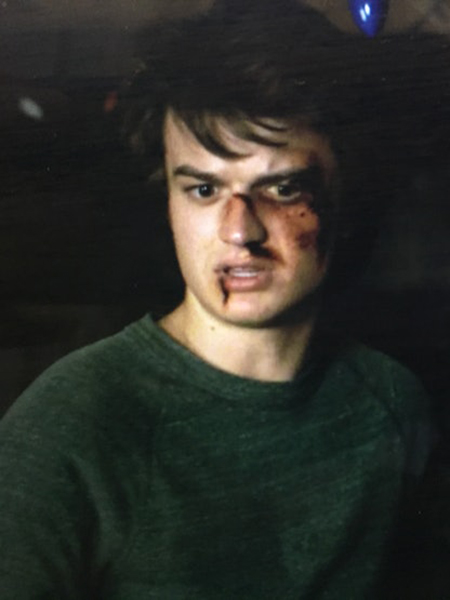 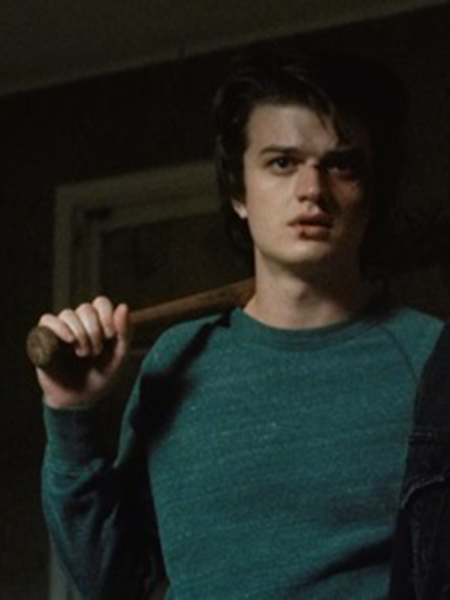 Steve is one of the cool kids in high school, so logically he has a particularly ’80s look compared to other characters. He wears straight light blue jeans, a green sweater and Adidas sneakers typical of that era. On his wrist, he wears a big watch as it was the norm for the rich kids of the time. On his head, we can clearly see his very voluminous hair, several strands of which have escaped during the fight. His face is also marked by scratches and big blood stains especially on the nose and the left eye. Finally, he holds in his hand his defense weapon: a baseball bat that he has decorated with nails. 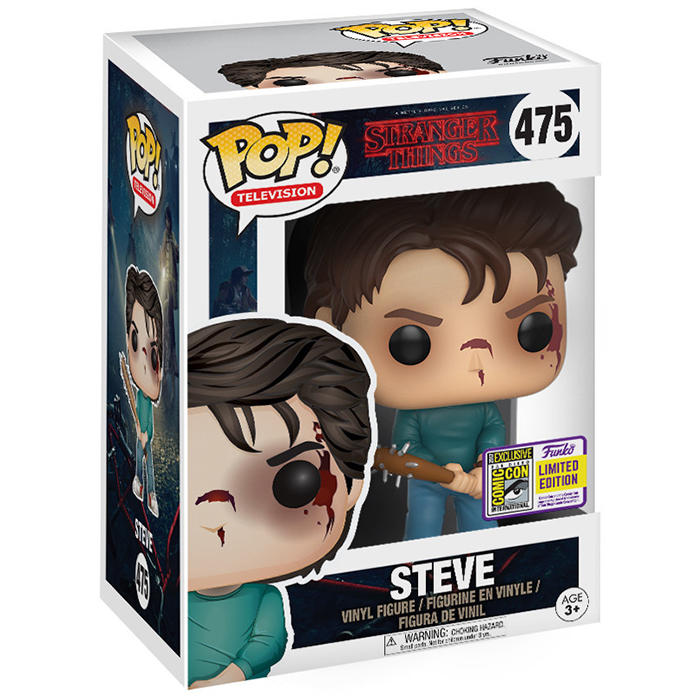