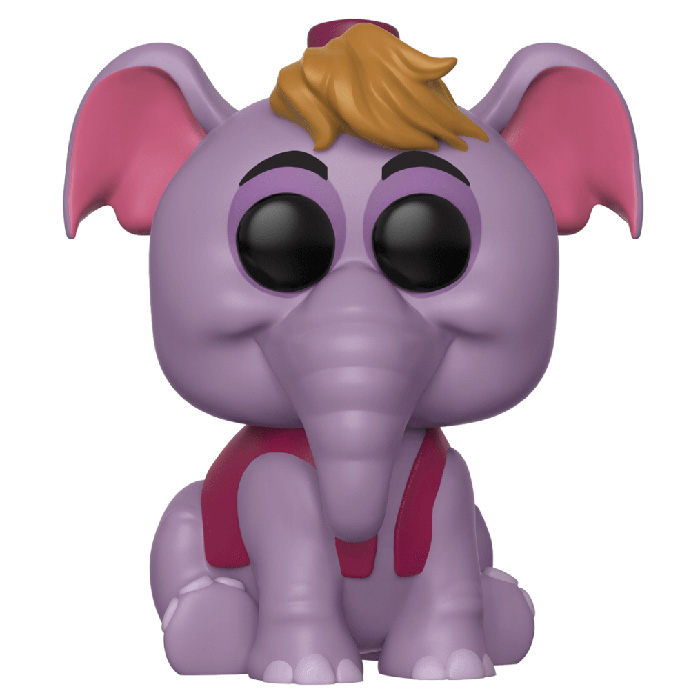 A new role for the little monkey

Abu is Aladdin’s adorable little pet monkey in the Disney Studios cartoon of the same name. Aladdin is a kind-hearted thief living in the city of Agrabah and always accompanied by this clever little monkey who often helps him steal food which they often find themselves sharing with children or other poorer people. When Aladdin finds the magic lamp in Ali Baba’s cave, he takes out a genie who offers him three wishes. He decides to use his first wish to become a rich prince and try to win the affection of Princess Jasmine. To do this, he needs to be impressive, so the genie turns Abu into an elephant to give Aladdin a worthy mount. 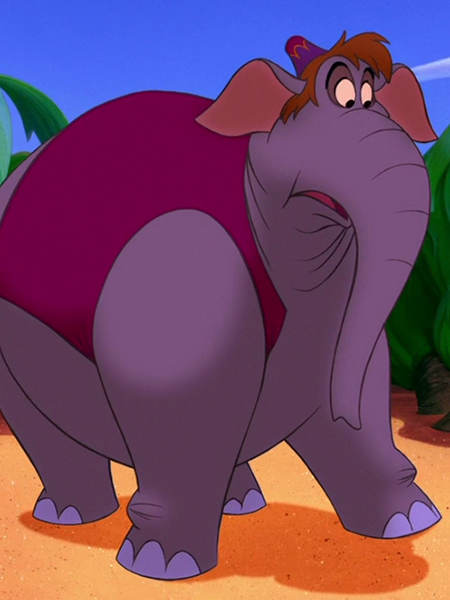 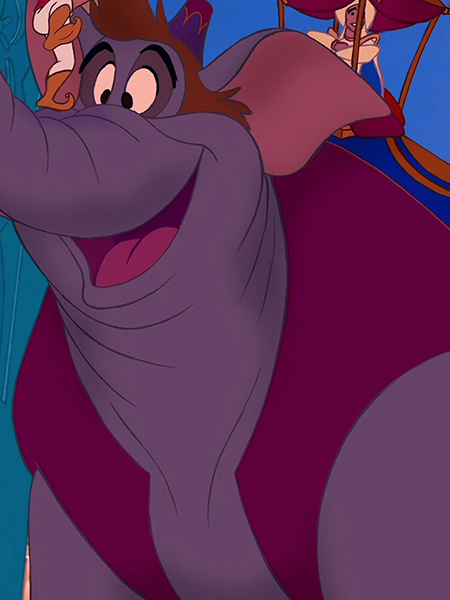 So Funko has represented Abu here in his elephant form. He is sitting on his hindquarters and his skin is purple instead of the usual elephant grey. Like Abu, he wears a little vest, pink in this case, and a fez on top of his head. We also find the small tuft of brown hair which is the same as the one of the little monkey. Finally, on the level of the head, we find of course his trunk and his expressive eyes which give him the air of smile. 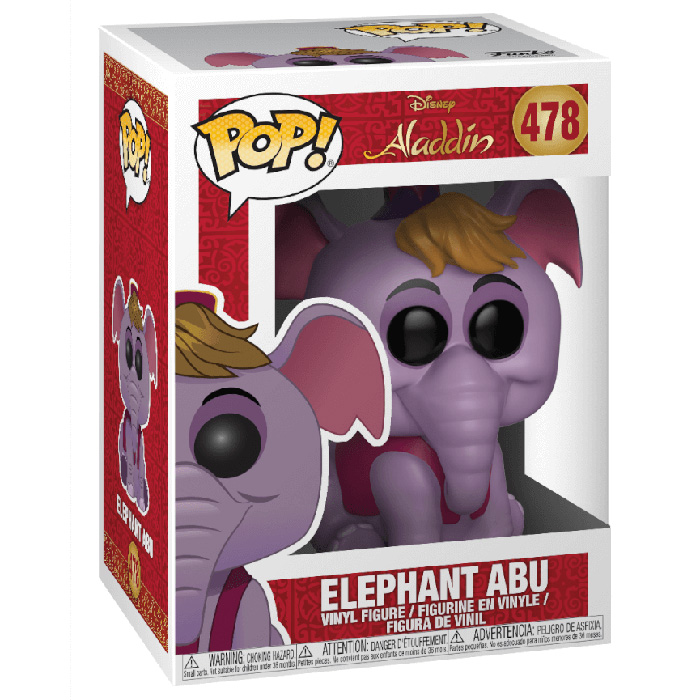