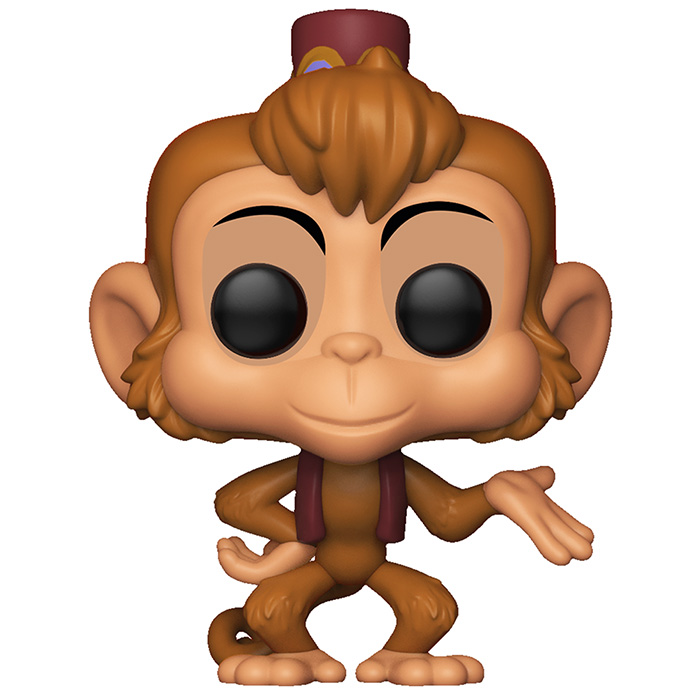 Abu is the companion of Aladdin, one of the main characters in the Disney cartoon of the same name based on the famous Arabian Nights tale. Aladdin is a thief with a big heart who often finds himself giving what he steals to the poor. One day, he rescues Princess Jasmine from the palace incognito and having no money to pay for the fruit she just ate. At the same time, Abu has stolen some bread and finally decides to give it to a child. Later, Aladdin and Abu discover a magic lamp in Alibaba’s cave and from this lamp comes a genie who offers them three wishes. Aladdin then decides to become a rich prince to win Jasmine’s heart, but things are not going to be so simple. Throughout the story, Abu is a loyal and facetious companion in the purest Walt Disney tradition. 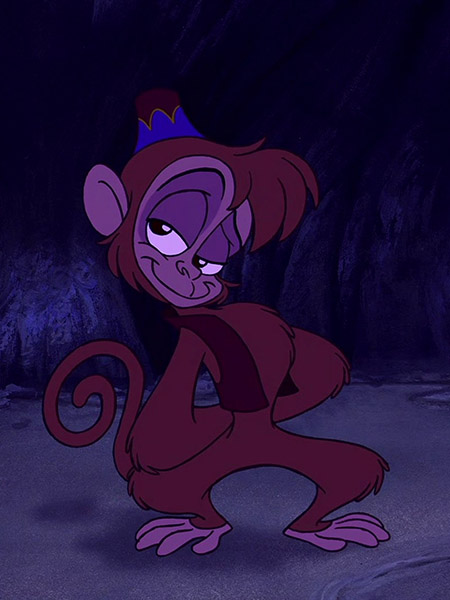 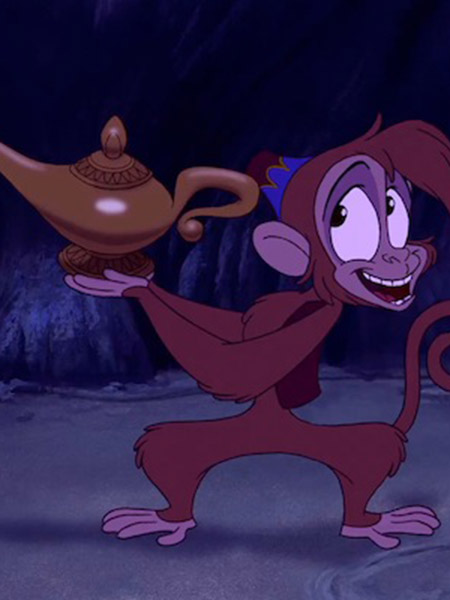 As in the cartoon, Abu is a small brown monkey whose species is not really known. He is represented here standing on his hind legs, with one hand on his hip and wearing a small red vest reminding the one worn by Aladdin. On his head, we find his big ears, the little puff of hair on the top of his head and the little red hat which, again, reminds us of the one worn by Aladdin. His face, although quite simian, is also very humanized with very marked black eyebrows and a slight smile on his lips. 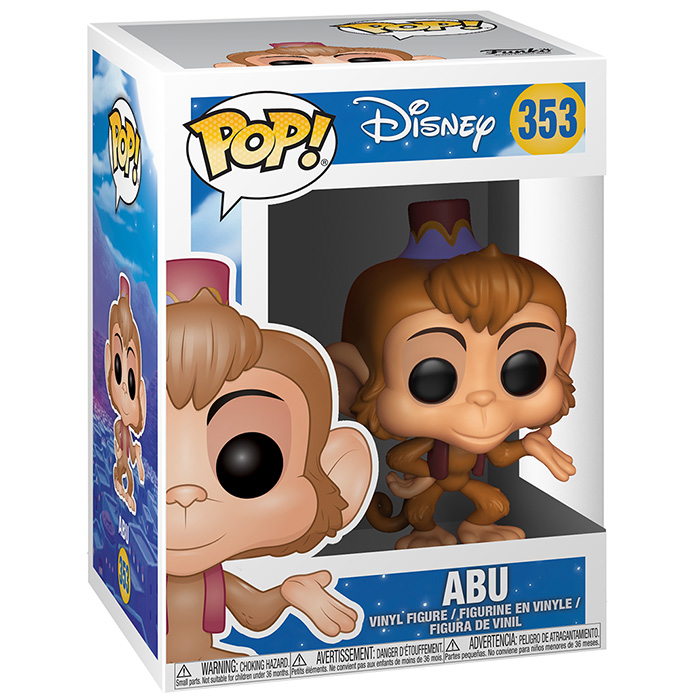