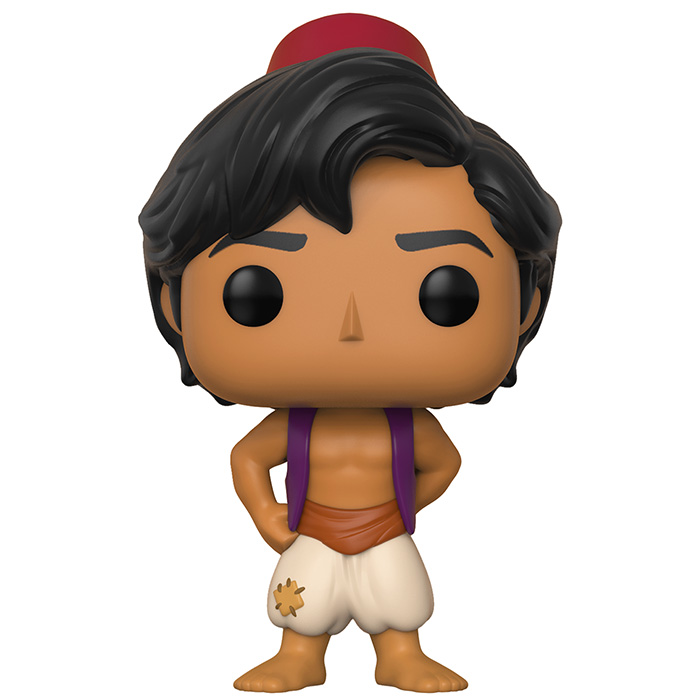 The thief who became a prince

Aladdin is the hero of the Disney cartoon based on the famous Arabian Nights tale of the same name. Aladdin is a poor young man living in the city of Agrabah, managing as best he can to survive and therefore often finding himself stealing. One day he rescues Princess Jasmine from the palace to discover the real world and not being used to paying for her food. Aladdin immediately falls in love with her and that’s why, when he discovers a magic lamp from which a genie comes out in the famous Alibaba cave, his wish is to become a rich prince in order to have the chance to conquer the princess’s heart. But she doesn’t care about this arrogant prince and it is only when he reveals his true identity that the princess finally falls under his spell. And their story could end there if Jafar, the terrible advisor of the sultan, did not do everything to get the hand of the princess and become sultan in his turn. 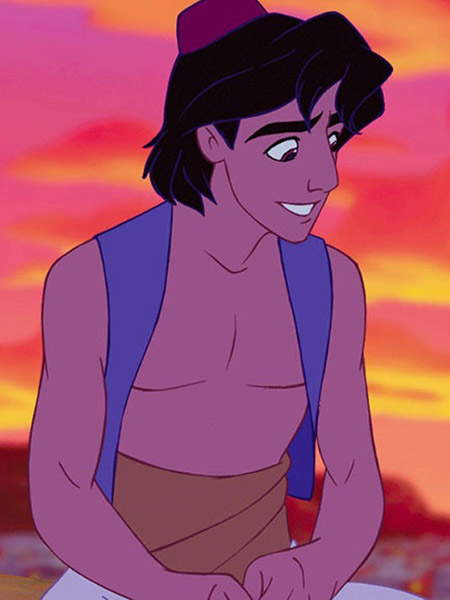 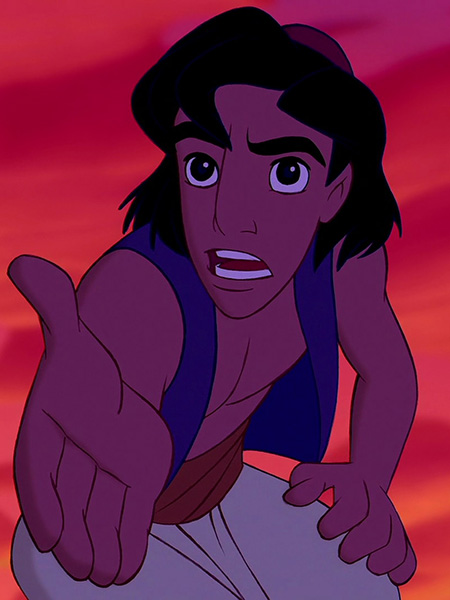 Aladdin is shown here wearing the outfit he wears at the beginning of the film: the outfit of a simple poor citizen. He wears wide white trousers patched at the knee and stopping at mid-calf, held at the waist by a wide brown belt. He wears no shoes and on top, he wears a simple purple sleeveless waistcoat revealing his torso. At the head level, we recognize his thick black hair cut relatively short and this famous small red hat on the top of his head. 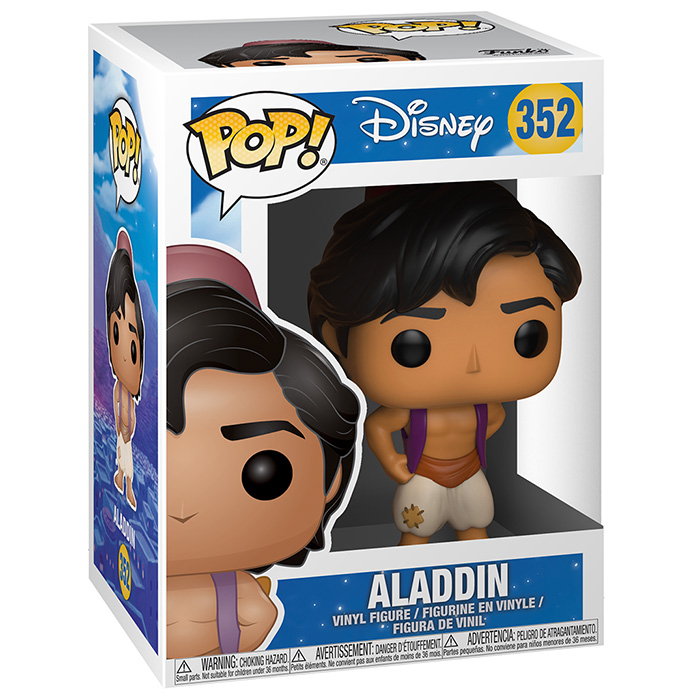