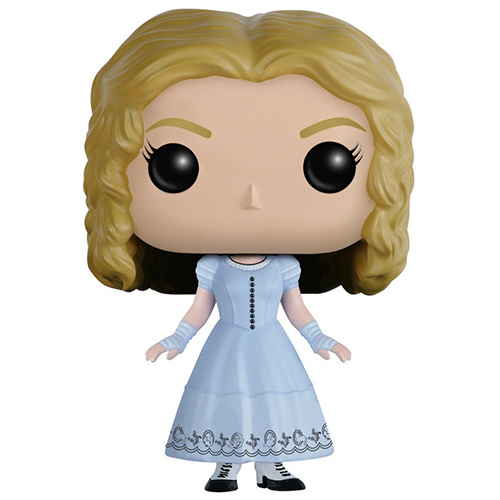 The Funko Pop figure Pop Alice (Alice In Wonderland) Are you interested?

Alice is the main character in the Walt Disney Studios film Alice In Wonderland. This film is an adaptation of the great classic by Lewis Carroll, which includes elements of both Alice In Wonderland and its sequel: The Other Side of the Mirror. This film was directed by Tim Burton and we can find his touch as well as several of his favorite actors like Johnny Depp, Helena Bonham Carter or Mia Wasikowska in the role of Alice. In this version of the story, Alice is 19 years old and is very disturbed by the recent death of her father and by a strange recurring dream. While at a garden party, she receives a proposal of marriage that does not exactly excite her. Not knowing how to react between the pressure of the society she lives in and her own ambitions, she runs away. Then she sees a rabbit wearing a jacket, she decides to follow him down the rabbit hole and that’s where her adventures begin. 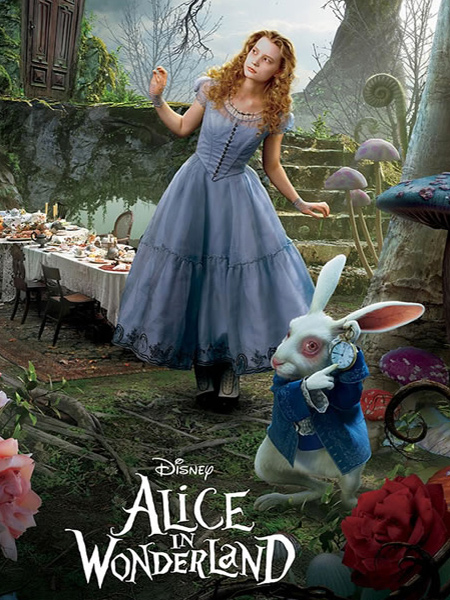 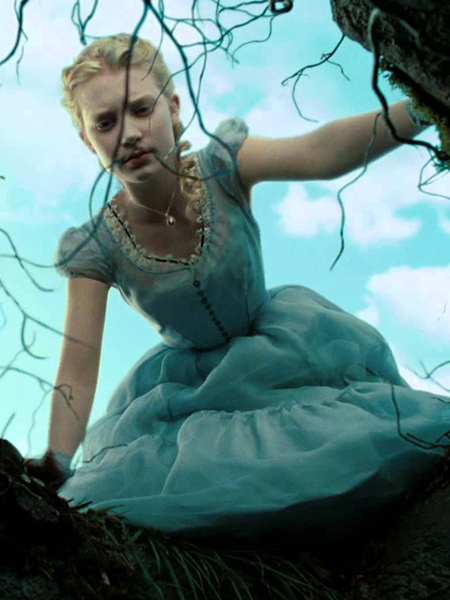 A Tim Burton version of Alice

If, apart from his age, Tim Burton has respected the description of Alice in the book, we still find his personal style and the strange side of his characters. We find the famous blue dress of Victorian inspiration of Alice, with its black embroidery on the bottom, its small buttons and its many small details nicely reproduced. She also wears small striped gloves, a typical Burtonian element, as well as her black and white boots. On the head, her face is very simple but her long curly hair is perfectly reproduced and this makes it a particularly successful figure. 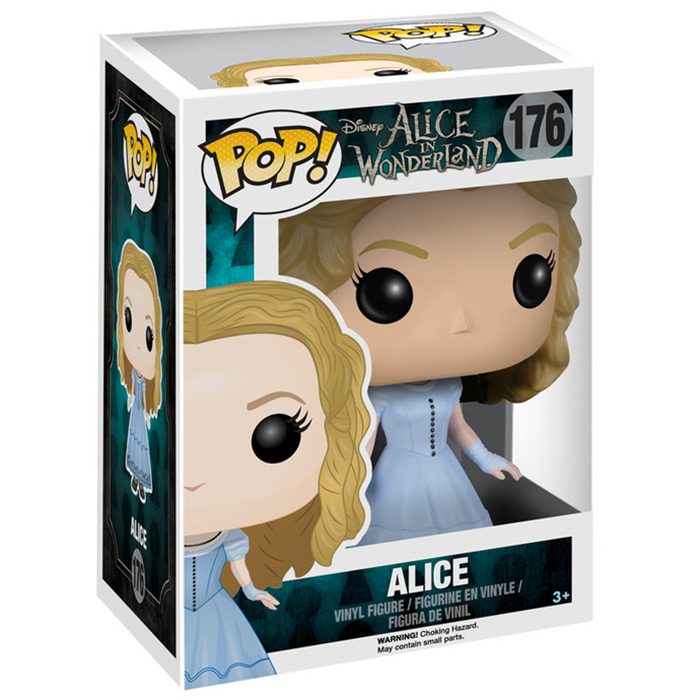 The Funko Pop figure Pop Alice (Alice In Wonderland) Are you interested?