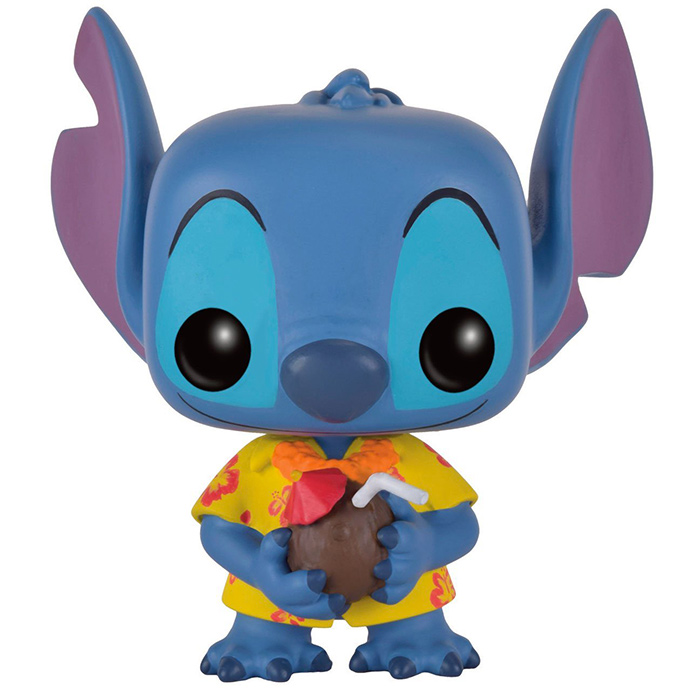 Stitch is one of the main characters in the famous cartoon Lilo and Stitch. As one of the last traditional animated cartoons from Disney Studios, Lilo and Stitch was a great success and even had several sequels and animated series. It tells the story of a creature genetically created by a crazy alien scientist, who crashes to Earth in Hawaii during his transfer to a galactic prison. Indeed, Stitch had been created to be particularly nasty, tough and intelligent and so he manages to escape. Stitch is then mistaken for a strange dog and adopted by two sisters who have lost their parents and are both trying to survive as best they can. Stitch takes advantage of this opportunity to hide from the men sent to retrieve him, and while his destructive instincts take their toll at first, Stitch eventually becomes attached to the members of this broken family. 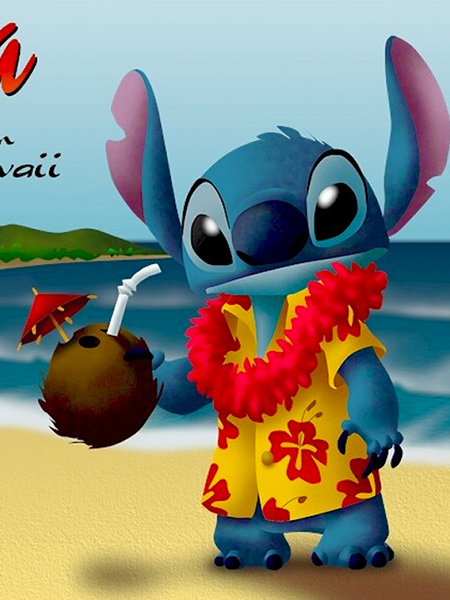 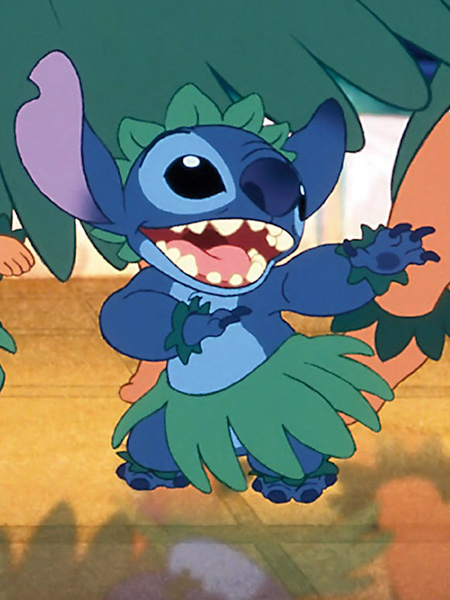 This new version of Stitch is a Hot Topic store exclusive released in 2016. Since the story of the movie takes place mostly in Hawaii, this culture is very strongly emphasized. That’s why Stitch is represented here with a Hawaiian shirt. We obviously find his famous blue body with his impressive clawed paws. On his head, Stitch is wearing a soft and smiling expression with his two big ears raised on the side in a rather curious attitude. Finally, he wears a yellow and red flowered shirt, a flower necklace and a cocktail presented in a coconut with a white straw and a red umbrella. 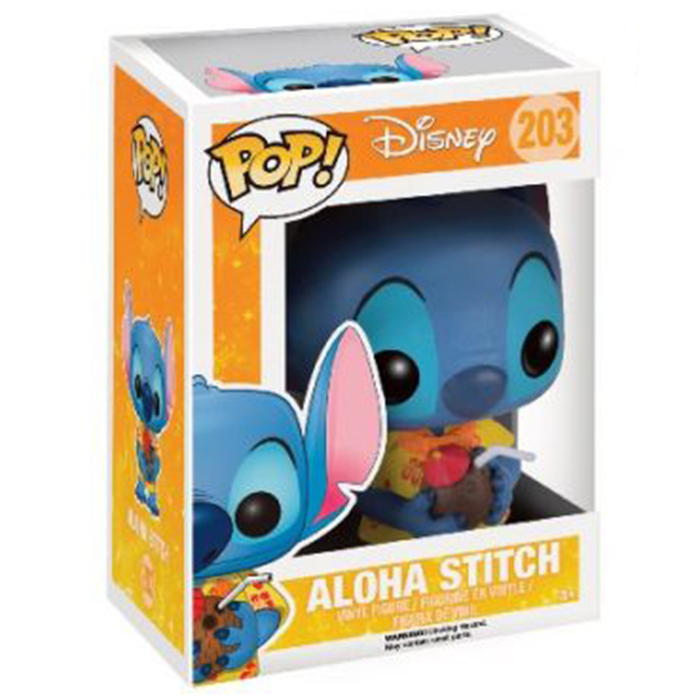