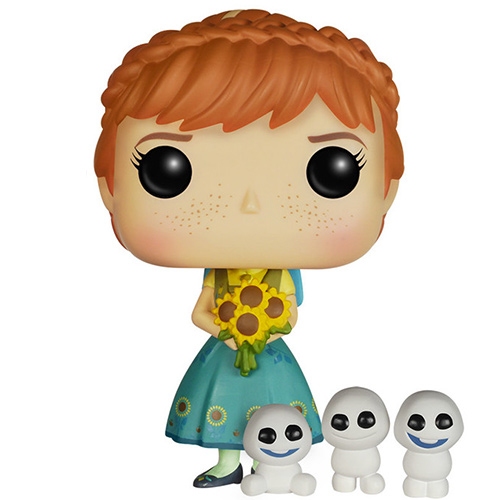 The Birthday Princess of Arendelle

Anna is one of the two main characters in the Disney Studios animated films, The Snow Queen (Frozen) and its short film sequel Frozen Fever. In the first film, Anna and Elsa are the heiresses of Arendelle. Elsa has the power to create ice but one night while playing with Anna, she accidentally injures her head. She is healed by the trolls, but they also advise their parents to make Anna forget about this incident and her sister’s powers. When their parent dies, Elsa is to become the ruler of the kingdom but during her coronation ceremony, she loses control of her powers and goes into exile in the mountains. Anna will follow her and after a series of adventures, the two sisters will finally be reunited and Elsa will regain control of her powers. In Frozen Fever, Elsa has planned her younger sister’s birthday party with Kristoff, but the flu she has caught makes her lose control of her powers and not everything will go as planned. 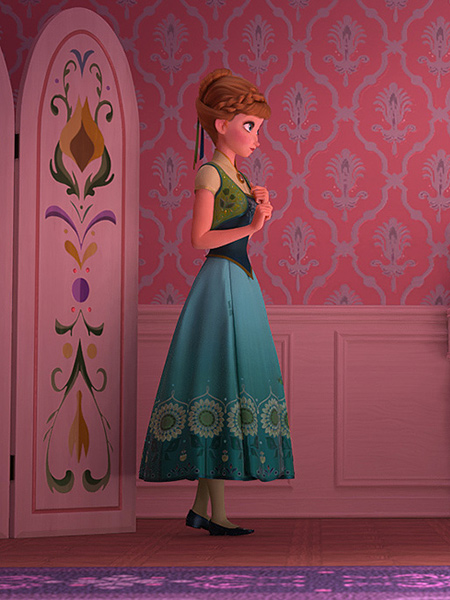 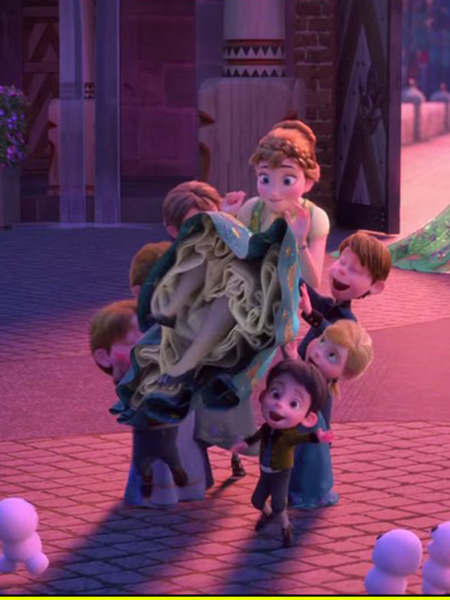 Anna and the Mini Snowmen

Anna is shown here with the outfit she wears in the short film Frozen Fever. It’s still a Russian inspired style that we find on her dress but this time the colors and patterns are much more spring-like. We find this blue/green dress over a yellow short-sleeved shirt. The sunflower patterns are very finely reproduced on the bottom of her dress and her shoes are of course matched to her dress. On her head, we find her usual braided hairstyle and her pretty freckles. In her hands, she holds the pretty bouquet of sunflowers offered by Elsa and at her feet we find the mini snowmen. Indeed, Elsa being sick, every time she sneezes, she creates many little living snowmen like Olaf. 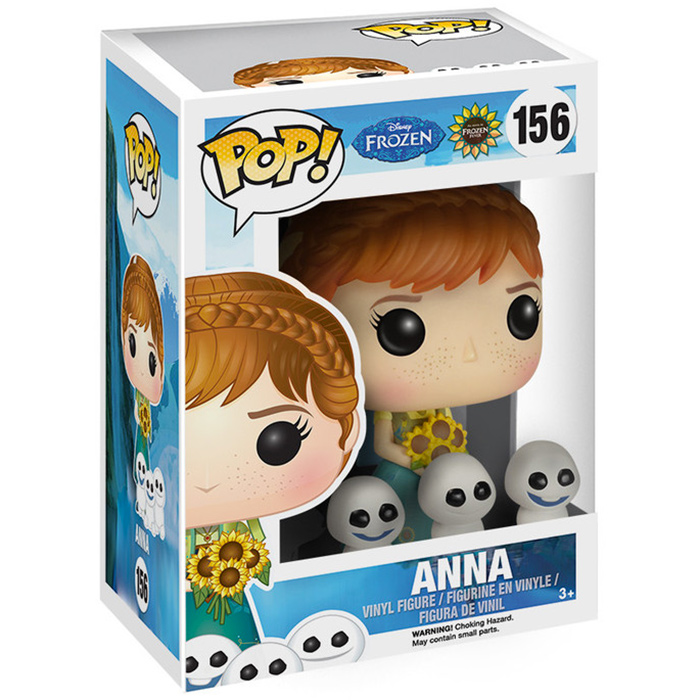