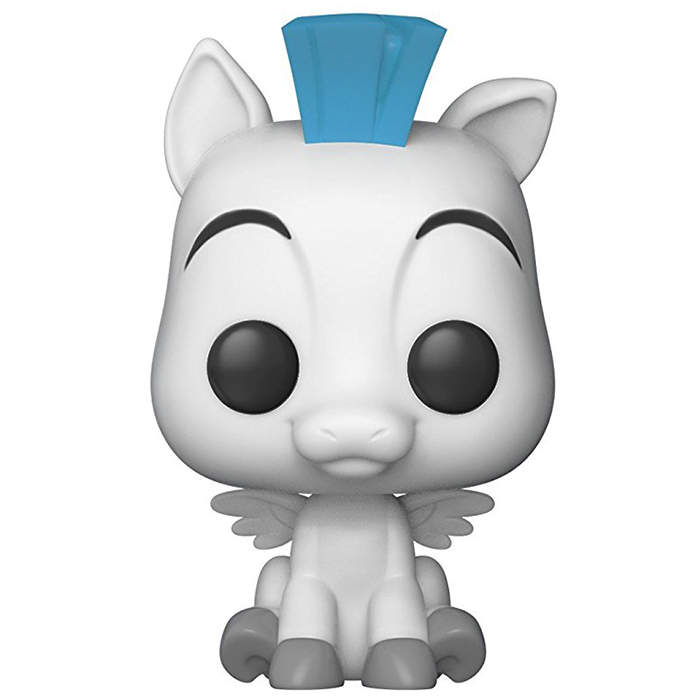 Pegasus (Pegase in French) is the mythological companion of young Hercules from his birth in the Disney Studios cartoon Hercules. Hercules is born on Mount Olympus to his two divine parents Zeus and Hera and all the gods are invited to welcome his birth, except Hades, god of the underworld, who is more than a little bitter and tired of his role among the gods. At the birth of the little boy, his father offers him Pegasus, a winged horse and therefore flying also a baby at that time. But their time together is short-lived because, following a ploy by Hades, Hercules becomes human and cannot return to Olympus. It is only many years later, when Hercules is a teenager and learns his true identity, that he is reunited with Pegasus, also having grown up. Together, they will leave for new adventures, determined to become heroes in order to obtain the right to return to Olympus. 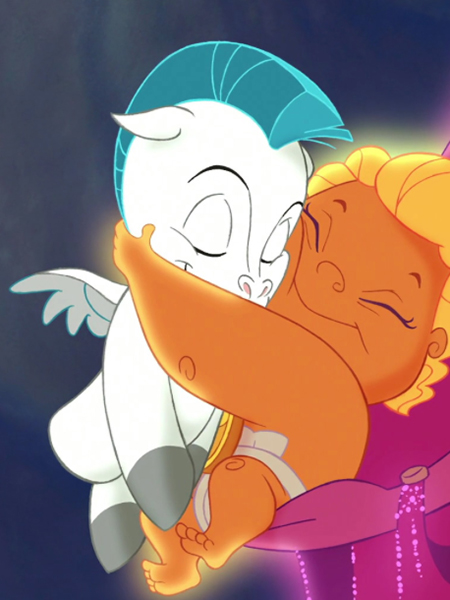 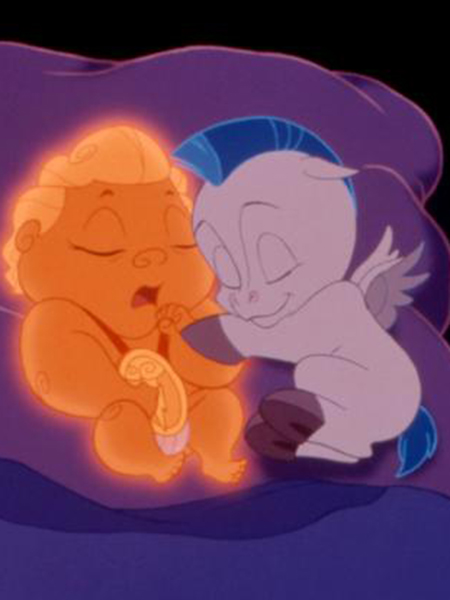 Pegasus is shown here in his baby version sitting on his backside more like a dog than a horse and his body is all white with grey hooves. At the back we can see his wings which are still very small but still big enough to carry him. On the head, we find his big black eyes, his little muzzle and his eyebrows which give him this adorable surprised look. Finally, he has a bright turquoise mane that contrasts well with the rest of his white coat. 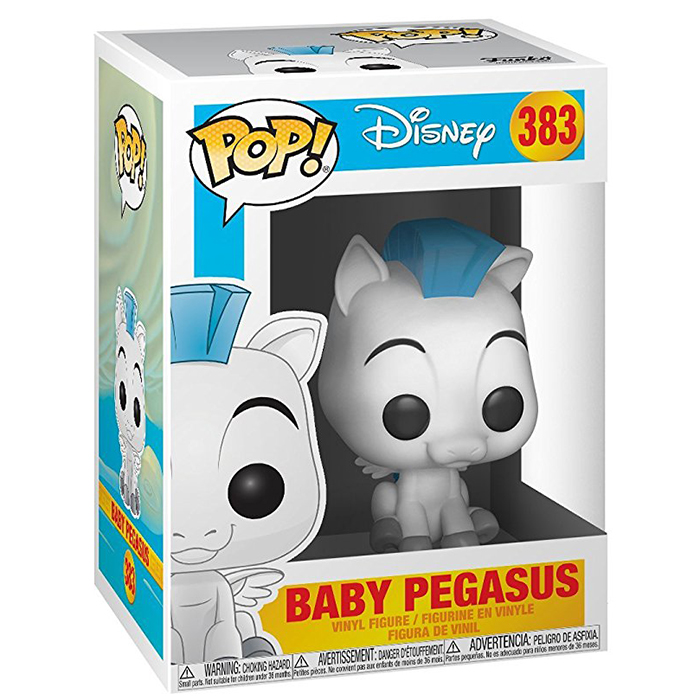