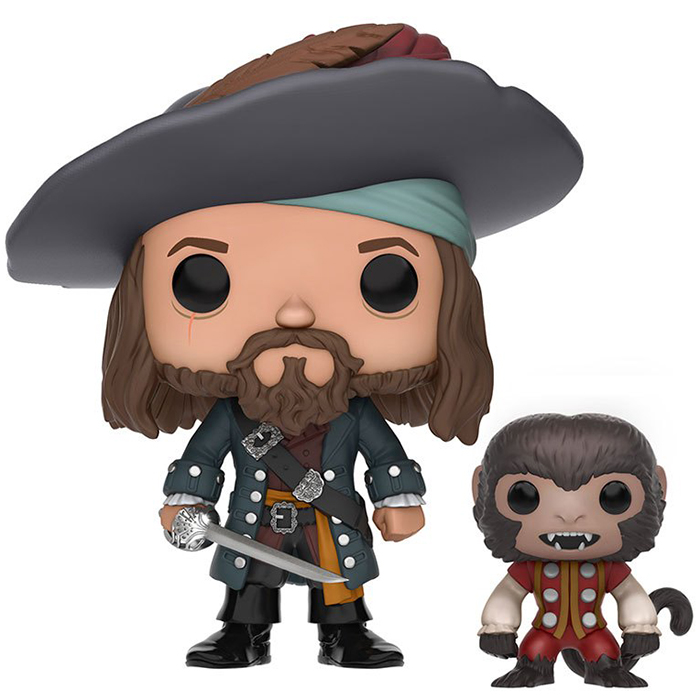 Funko Pop figures Barbossa and monkey Pop (Pirates Of The Caribbean) Are you interested?

Captain Barbossa was one of the crew members of the pirate Jack Sparrow in the Pirate Of The Caribbean movie based on the famous Disneyland attraction. He and nearly all the rest of the crew staged a mutiny to take over Jack Sparrow’s ship, the Black Pearl, after finding a famous pirate’s loot on Death Island. Unfortunately for them, the loot was cursed and anyone who got hold of it became a kind of undead, appearing like skeletons in the moonlight. And only by returning all the treasure can they become human again. But one of the members loyal to Jack Sparrow had given a piece of the booty to his son when they were thrown into the sea. The boy was found by the governor’s daughter and, taking advantage of the boy’s loss of memory but fearing that the boy was a pirate, she kept the coin she found on him. Captain Barbossa will therefore send his men to her to kidnap him. 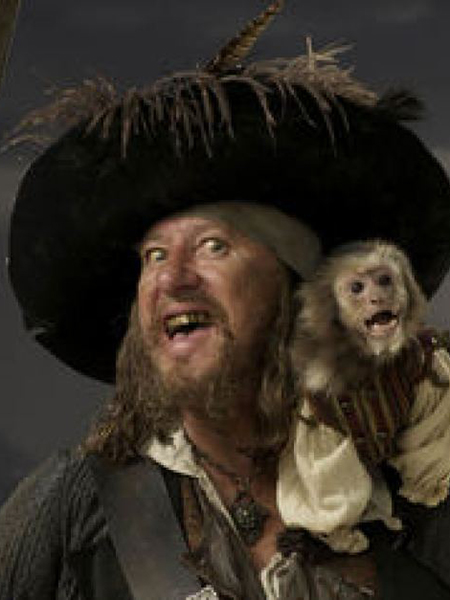 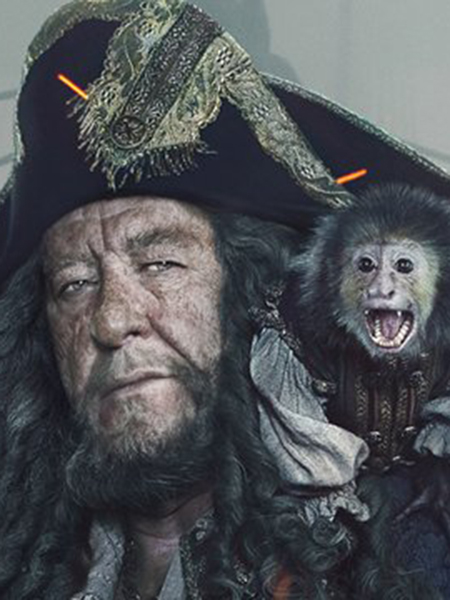 For this duo of figures released exclusively for the SDCC, Funko has represented Barbossa with the little monkey that accompanies him everywhere on the ship. Barbossa is represented with his typical 18th century pirate outfit with a sword and an elegant half-length coat. On his head, we can see his beard and his long hair as well as the hat with a large feather that he wears over a green bandana. His little capuchin monkey with a long tail is dressed in the traditional red garment seen on little circus monkeys. 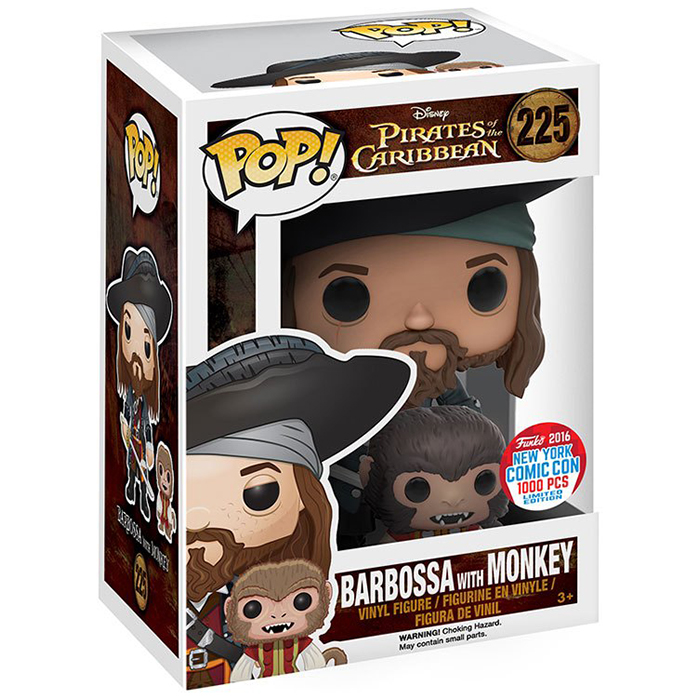 Funko Pop figures Barbossa and monkey Pop (Pirates Of The Caribbean) Are you interested?