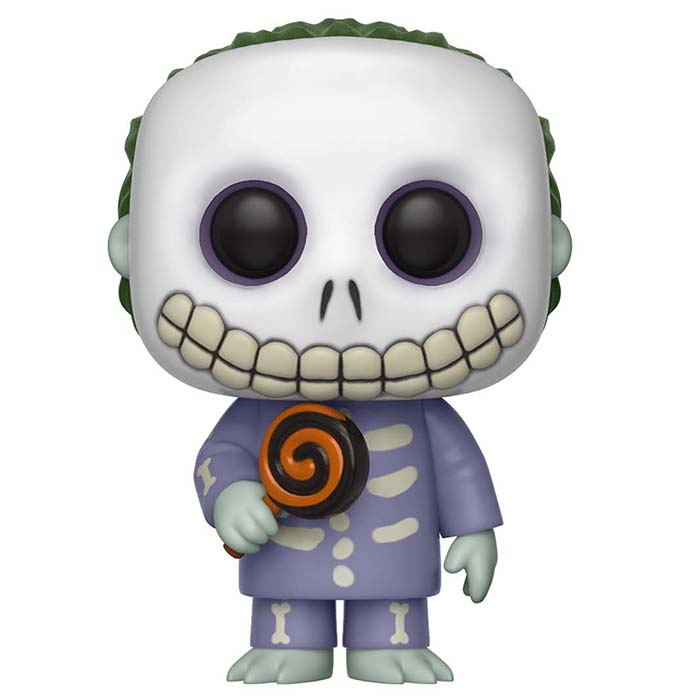 The youngest of the bunch

Barrel is the youngest of Oogie Boogie’s gang of sidekicks in The Nightmare Before Christmas and, according to Shock, the stupidest. Being intimidated by the terrible Oogie Boogie, he is content to follow his orders even though, like the other two children, he would prefer to play more innocent pranks. When he learns of Santa’s existence, Oogie Boogie decides to kidnap him, and of course he asks his three sidekicks, who make a mistake and bring back the Easter Bunny. 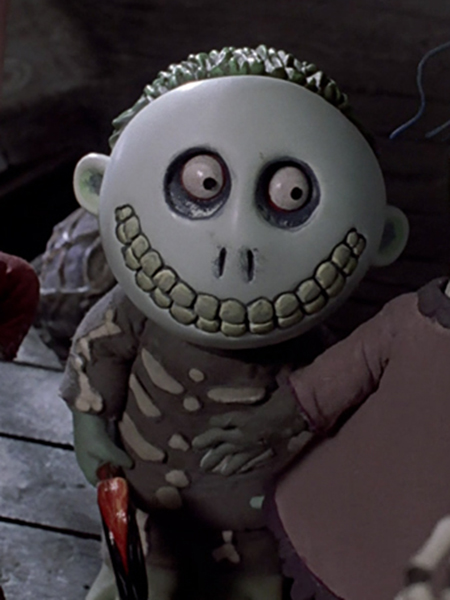 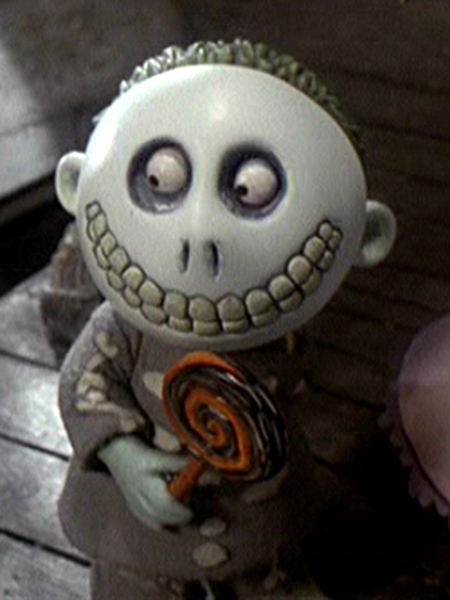 Barrel has a skeleton disguise that actually appears to be a pair of purple pajamas with a rather crude drawing of bones and a rib cage on it. On his head, he has a skeleton mask with a big smile, two holes for nostrils and big black eyes. We can also guess his green hair at the back of his head. Finally, unlike the two others who are holding a slingshot, Barrel is only holding a black and orange lollipop in Halloween colors. 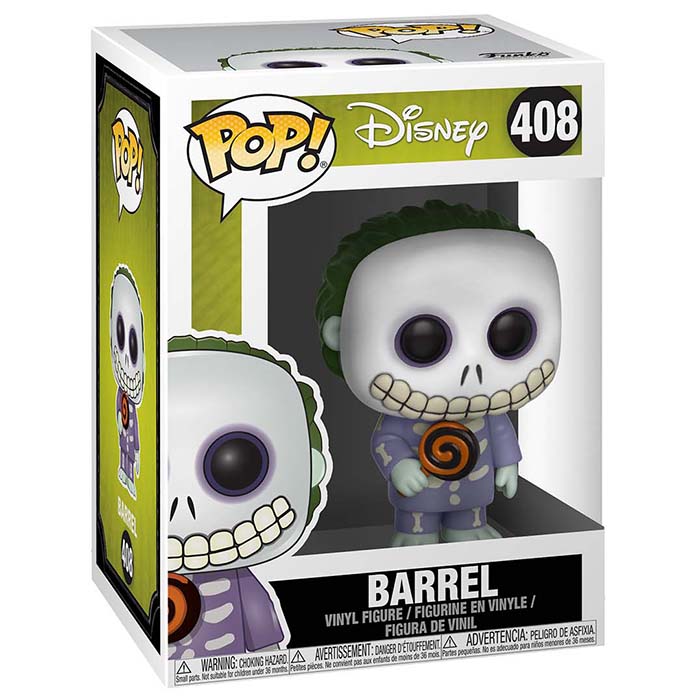