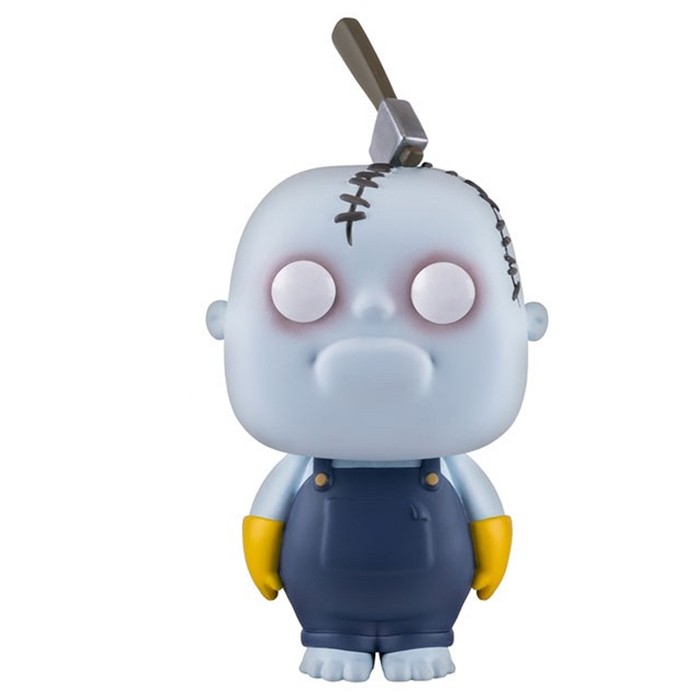 A character who doesn’t talk

Behemoth is a character from The Strange Christmas of Mr. Jack, Tim Burton’s famous Christmas and Halloween cartoon. It focuses on Jack Skellington, a large skeleton with an elongated body and the leader of the town’s Halloween festivities. As the big day approaches, he feels depressed without really knowing why. He goes for a walk in the forest and comes across Christmas town where everyone seems happy. He then decides to organize Christmas instead of Halloween and for that, he will kidnap Santa Claus to take his place and distribute toys to children hoping that he will return his happiness. Behemoth is one of the inhabitants of the Halloween village. He doesn’t have a very important role and speaks very little, the axe he has in his head having surely created damages in his brain. 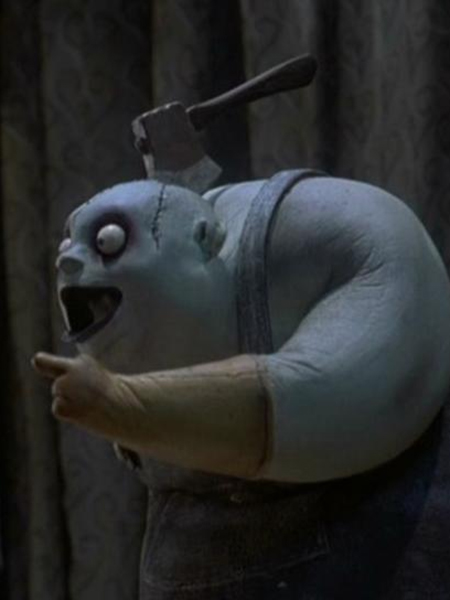 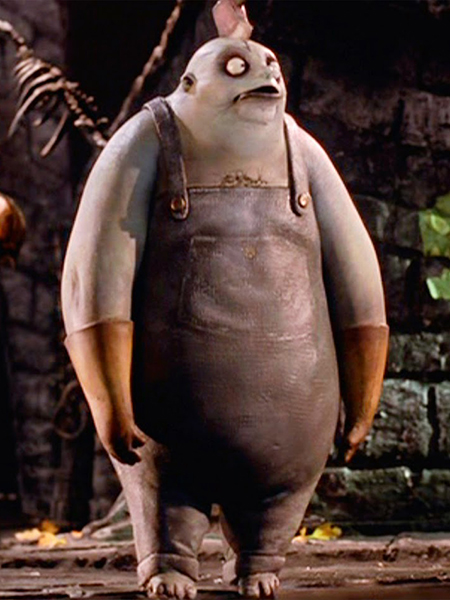 For this exclusive figure at the New York Comic Con 2016, Funko had thus represented this character rather rarely seen in figurine. We can see his blue zombie skin and the red around his eyes. He wears those famous blue gardener’s overalls with bright yellow gloves, the only really colorful element of his outfit. His massive head is a bit different from the usual pop figures and so is his pout and round nose. Finally, on the top of his head, we can see the axe that was stuck in it as well as the rough seams made on his skull all around. 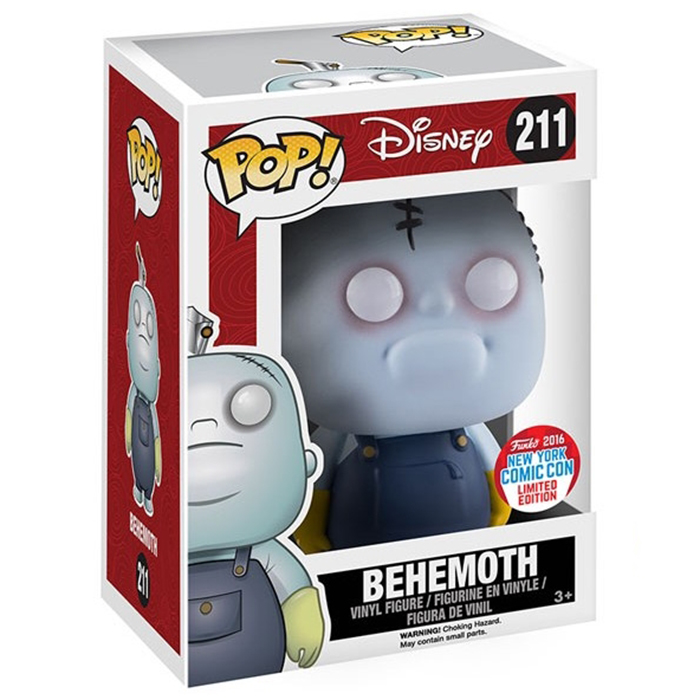