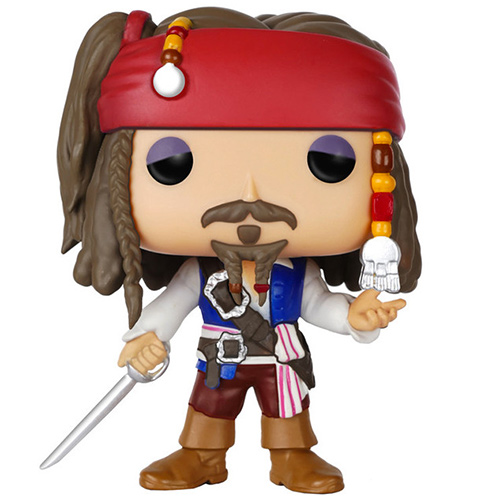 A rock and roll pirate

Jack Sparrow is one of the main characters of the Disney Studios film saga: Pirates of the Caribbean. This saga was inspired by the Disneyland attraction of the same name. The film takes place in the Caribbean islands, particularly in Jamaica in the 18th century. At the beginning of the film, Governor Swann and his young daughter Elizabeth rescue a young shipwrecked man, Will Turner, as they make their way to Port Royal. Elizabeth takes away the gold medallion he wears so that her father will not know he is a pirate. Twelve years later, pirate Captain Jack Sparrow arrives in Port Royal without his ship following a mutiny among his crew. And he is determined to build a new crew to find it. Unfortunately, he is arrested and put in jail after saving the life of Elizabeth Swann who had fallen overboard. Shortly after, the crew of the Black Pearl, Jack Sparrow’s ship, arrive and kidnap Elizabeth because she has the gold medallion they need to escape their curse. Will Turner, now a blacksmith and in love with Elizabeth, decides to free Jack Sparrow to help him find her. Johnny Depp made his character famous with the way he talks and moves like he’s still drunk. It is probably one of his most cult characters. 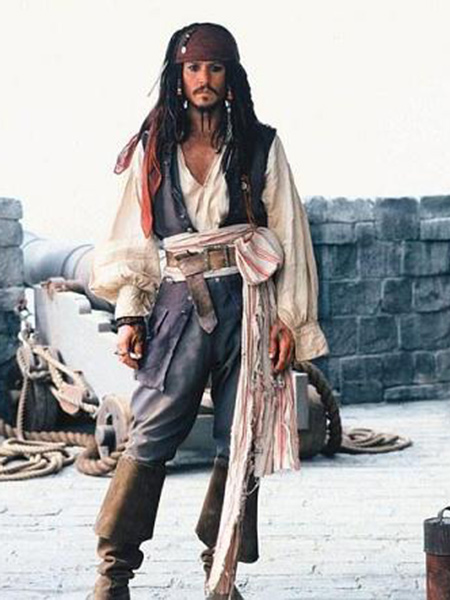 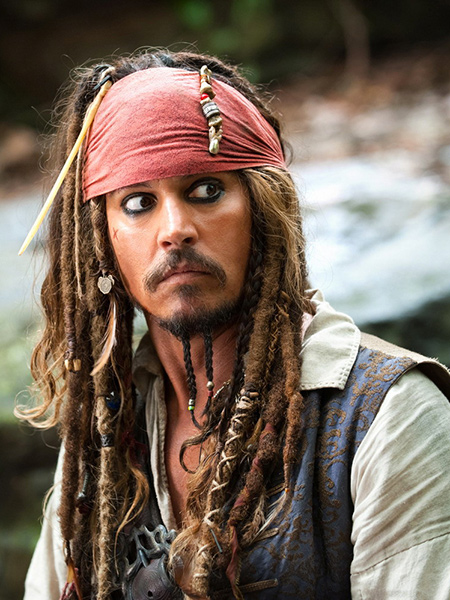 A second version of the character

After releasing a single figure from this license some time ago, Funko has finally decided to release a new series of figures. While the box of the first figure just had a Disney logo on it, the ones of this new series have a Pirates Of The Caribbean logo. While the first figure showed a Jack who had found his hat, his coat and therefore his boat, here it is the Jack Sparrow that we could see on the posters of the first movie and as we see him during a good part of the movie. We find this typical 18th century sailor style with pants and leather boots. With that he wears a jacket over a large white shirt. On the head, we find the many details of his beard and his hairstyle: his large red headband, his dreadlocks, the pearls and pendants, etc … Funko has also represented him with purple eyelids to reproduce his particular look. 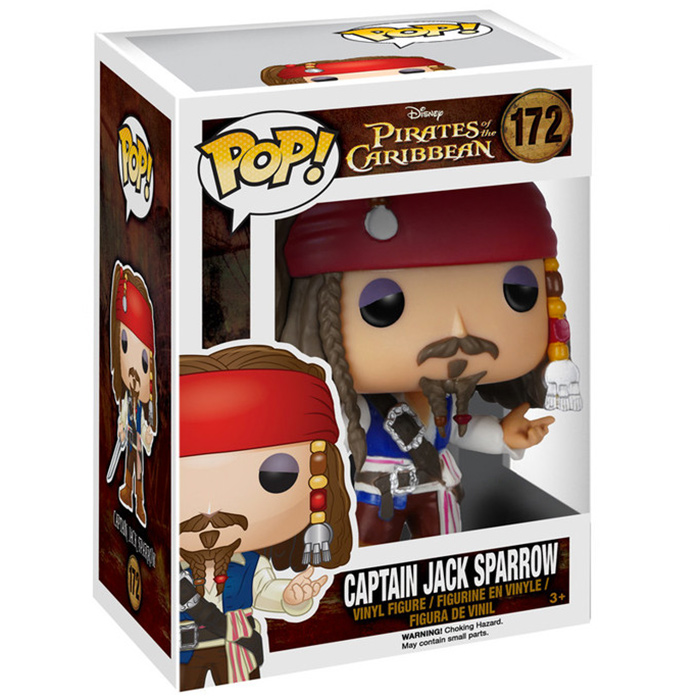