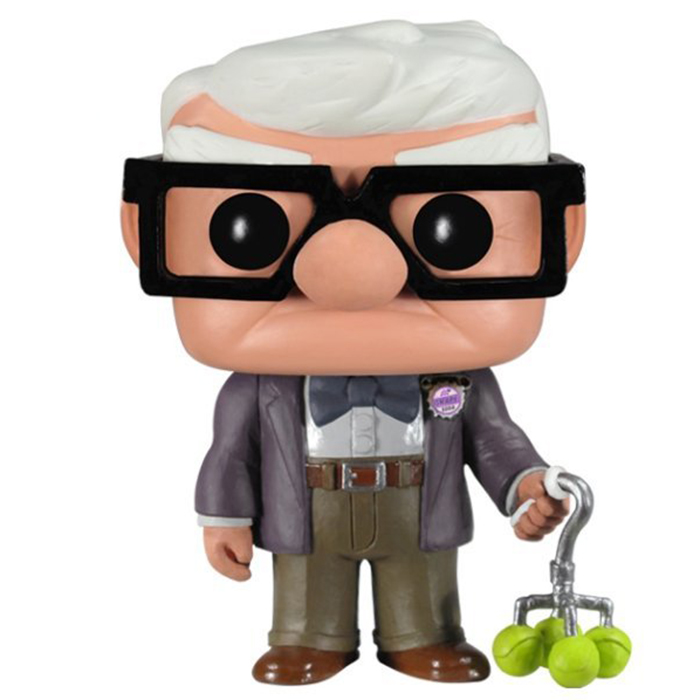 Carl is one of the main characters in the Disney cartoon Up. This cartoon tells the story of an old man who finds himself living an unexpected adventure with a young boy scoot. Indeed, after losing his wife, Carl finds himself living alone in his small house and is under daily pressure from companies wishing to buy his land to build large buildings. When he is in danger of being forced into a nursing home, Carl decides to tie hundreds of balloons to his house so that it will fly away and he can sail to Angel Falls in Venezuela, the place he and his wife dreamed of seeing and never got to see. Unfortunately, Carl didn’t anticipate that a young scooter would decide to visit him just as he was about to take off, and now he finds himself stuck with him on what he thinks will be the last adventure of his life. 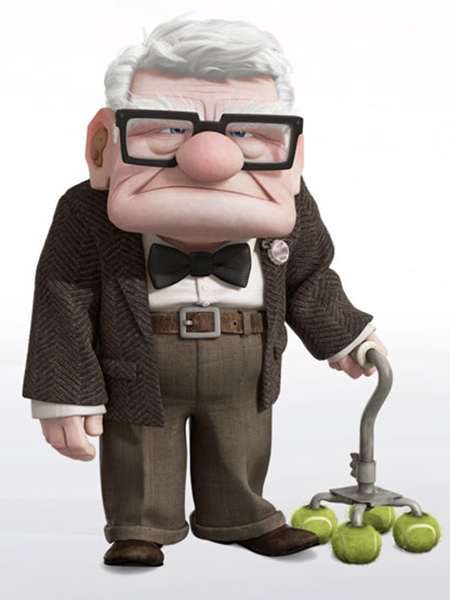 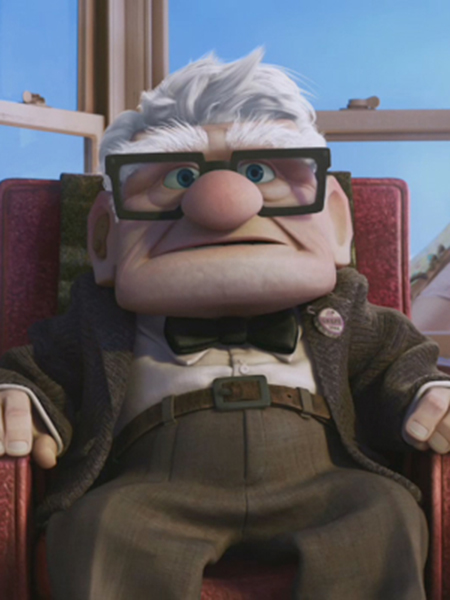 Carl is a bit of a stereotypical grumpy old man with his brown trousers pulled up high at the waist and his bow tie. He also wears an old-fashioned purple jacket and holds a cane in his hand, the tips of which are stuck in tennis balls so as not to be slippery or noisy. On the head, he has a very big nose and big black glasses that take up a large part of his face. Finally, his white hair matches his thick white eyebrows. 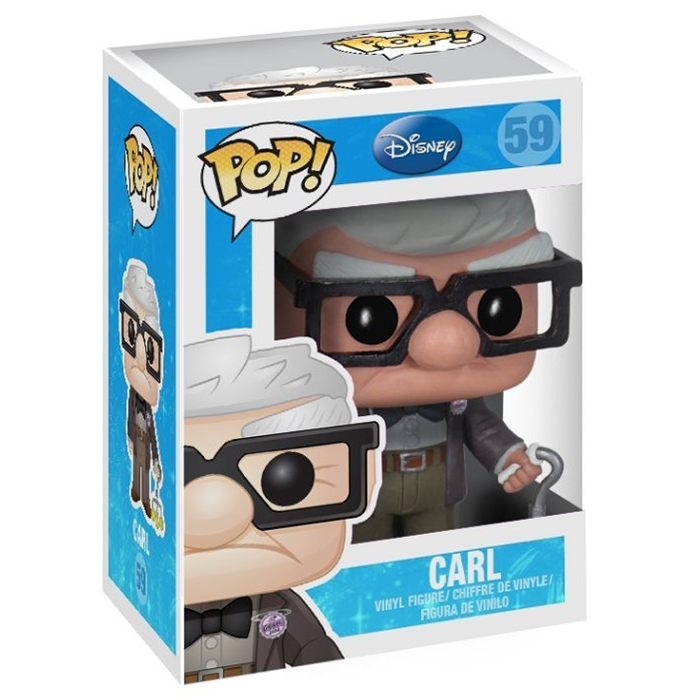