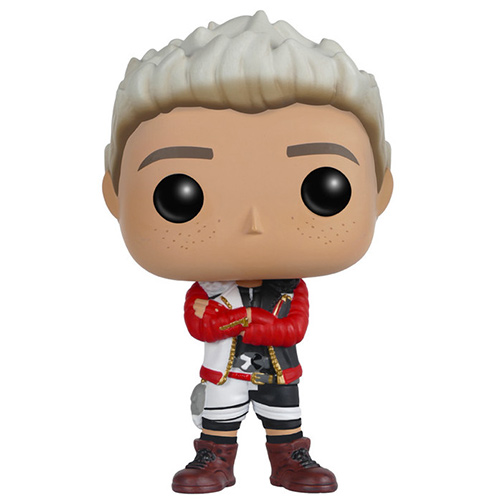 Carlos is Cruella’s son and one of the four most important characters in The Descendants. In this Disney Channel TV movie, the Beast, after marrying Belle, decides to reunite the Enchanted Kingdom and create the United States of Auradon. At the same time, he sends all the villains to the island of oblivion, an island deprived of magic and from which they cannot leave. Sixteen years later, the son of the Beast has become king and offers the children of some of these villains to come and study in Auradon. 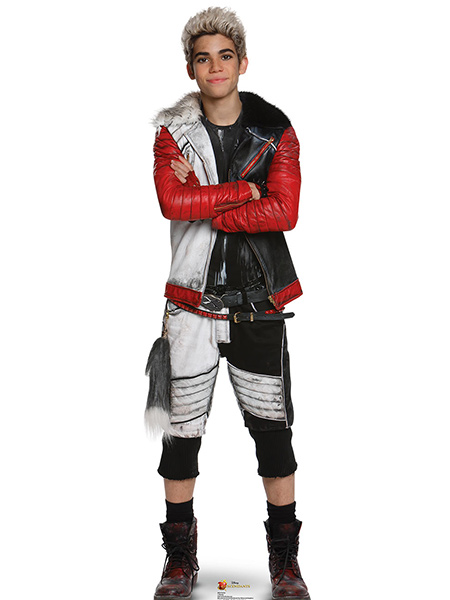 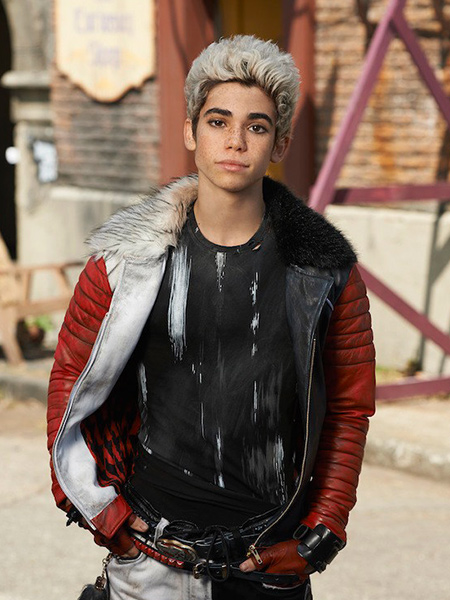 Like his famous mother, Carlos has a preference for black and white with a few touches of red and it shows on his outfit. We find these black and white trousers and jacket as well as the red sleeves and the belt that goes with it! On the head, we can see the freckles on his face and his white hair with black roots. 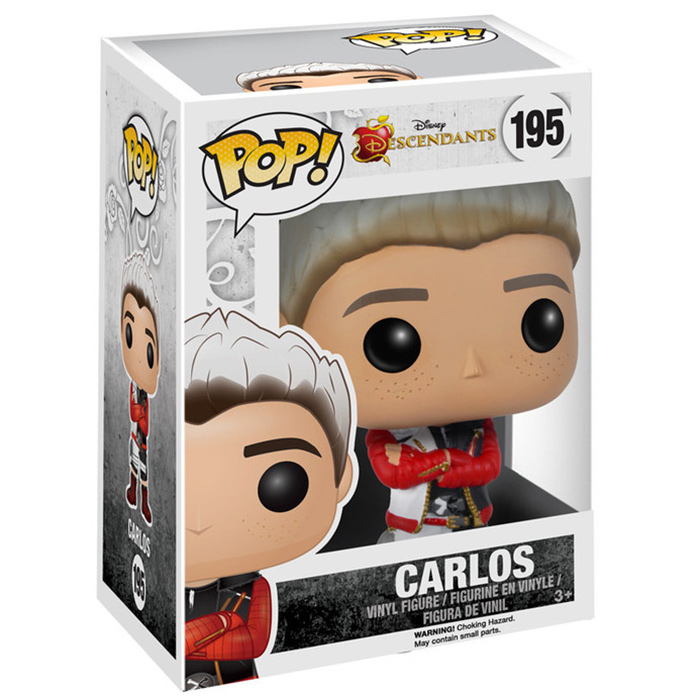