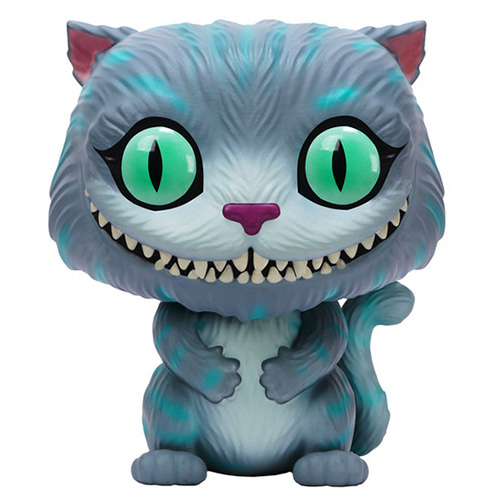 The Cheshire Cat is one of the characters in the Walt Disney Studios film directed by Tim Burton: Alice In Wonderland. This film is an adaptation of the famous classic by Lewis Carroll but it includes elements of both Alice In Wonderland and its sequel: Through The Looking Glass. In this version, 19-year-old Alice is troubled by the recent death of her father and a strange recurring dream that haunts her. While at a party, she is proposed to by the host’s son and is not exactly thrilled. Not knowing what to say, she sees a rabbit wearing a jacket and decides to follow it down the rabbit hole. She then falls into a fantastic world populated by strange creatures. The Cheshire cat is a striped cat who can appear and disappear as he pleases. Alice will ask him for directions when she is lost in the forest. But the cat’s cryptic and meaningless sentences won’t be of much help to the young woman! 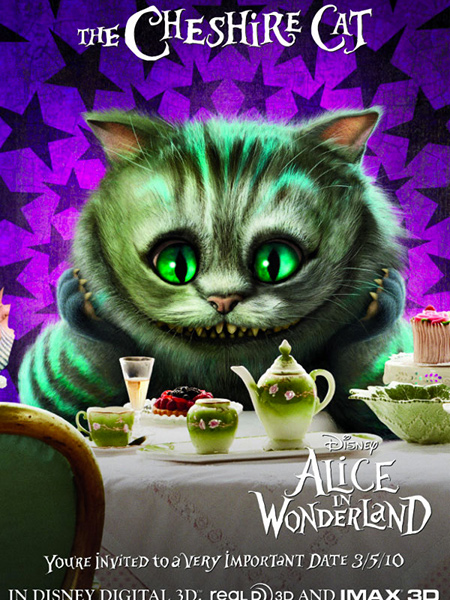 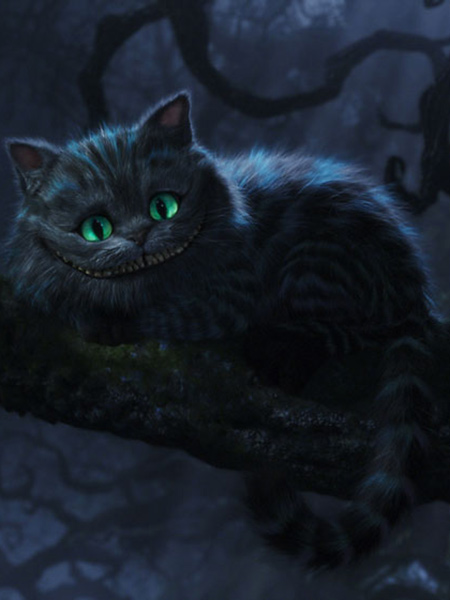 A Tim Burton version of the most famous cat

This Cheshire Cat figure is probably one of the most successful of this series. It is represented standing to better fit the usual proportions of pop figures. The grey/blue coat with turquoise stripes is well represented, with a very nice reproduction of the shades and texture of the hair. On the head, we can see his very big worrying smile with big sharp teeth. He also has of course a small pink muzzle and green eyes that add to his worrying attitude. Finally to complete his look, he also has a long striped tail and cute little pink ears. 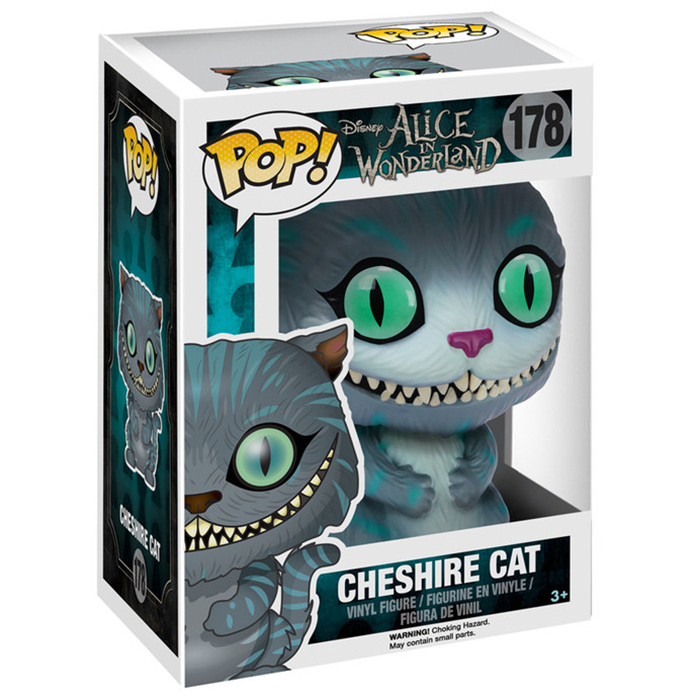