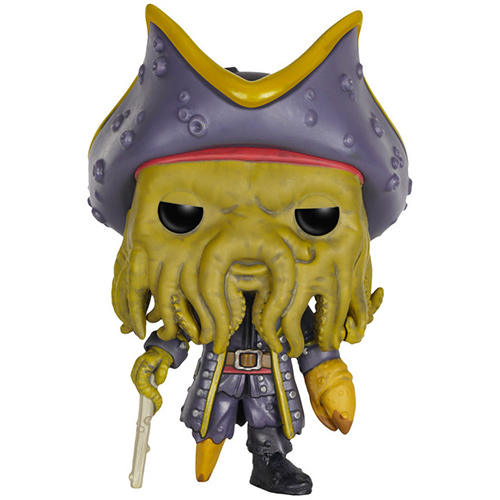 The Funko Pop figure Davy Jones Pop (Pirates Of The Caribbean) Are you interested?

Davy Jones is one of the important characters in the Pirates Of The Caribbean movies, appearing in the second episode: The Secret Of The Pirate Chest. This saga is based on the famous Disneyland attraction. The action takes place in the Caribbean islands in the 18th century. In the first film, the pirate Jack Sparrow manages to recover his ship, the Black Pearl, while having Will Turner rescue Elizabeth Swann, the woman he loves. In the second episode, Will and Elizabeth are arrested for helping Jack. The man from the East India Company offers Will a mission in exchange for his freedom: find Jack and offer him amnesty for his famous compass. For his part, Jack is found by Davy Jones, the creature who helped him recover his sunken ship. But after enjoying it for thirteen years, he must now return to Davy Jones’ service for a hundred years on his ship, the Flying Dutchman. 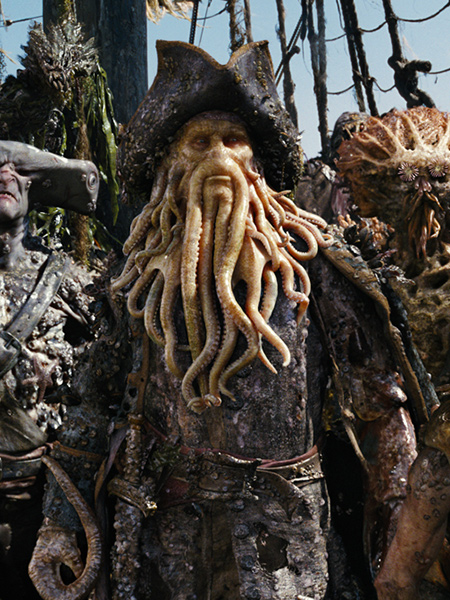 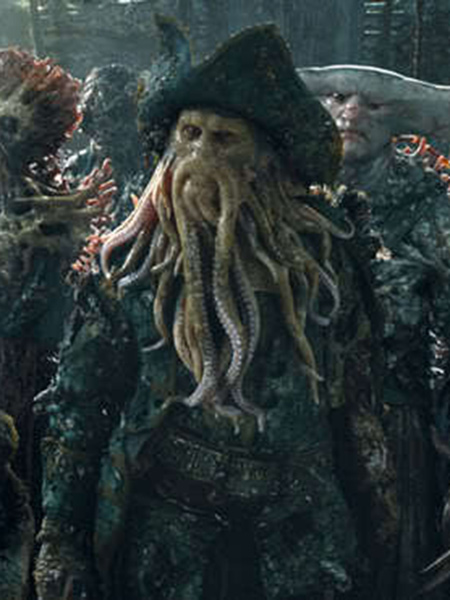 Davy Jones is a humanoid creature who looks like a pirate but seems to have been transformed into a sea creature. He wears a classic pirate outfit with trousers, high boots and the famous 18th century coat and of course he has a wooden leg. However, we can see that many parts of his body have been transformed. His left hand has become a fish, his right hand is made of octopus tentacles and we can even see octopus suckers on his hat, his cane or his clothes. Finally, at the level of the head, we can see a face still vaguely human but whose “beard” is formed of octopus tentacles. His whole body is of a green color that is not very appetizing and perfectly renders the unhealthy aspect of this character. 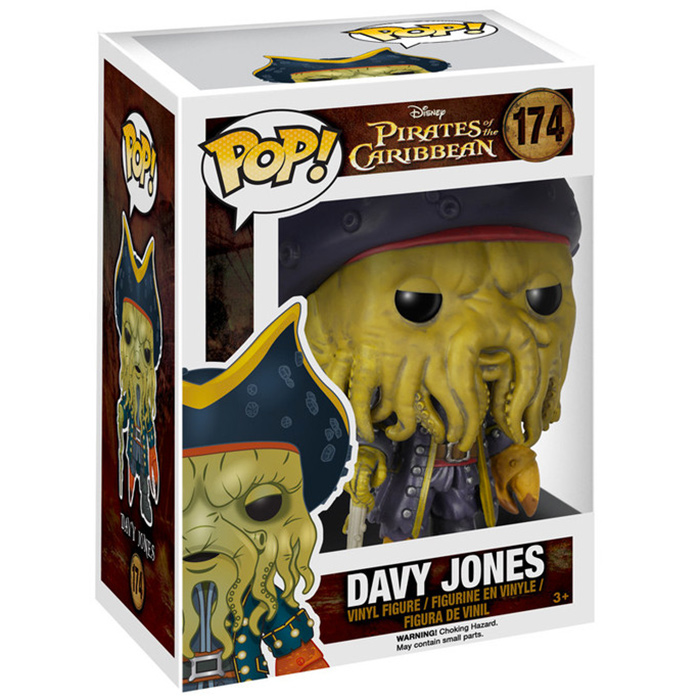 The Funko Pop figure Davy Jones Pop (Pirates Of The Caribbean) Are you interested?