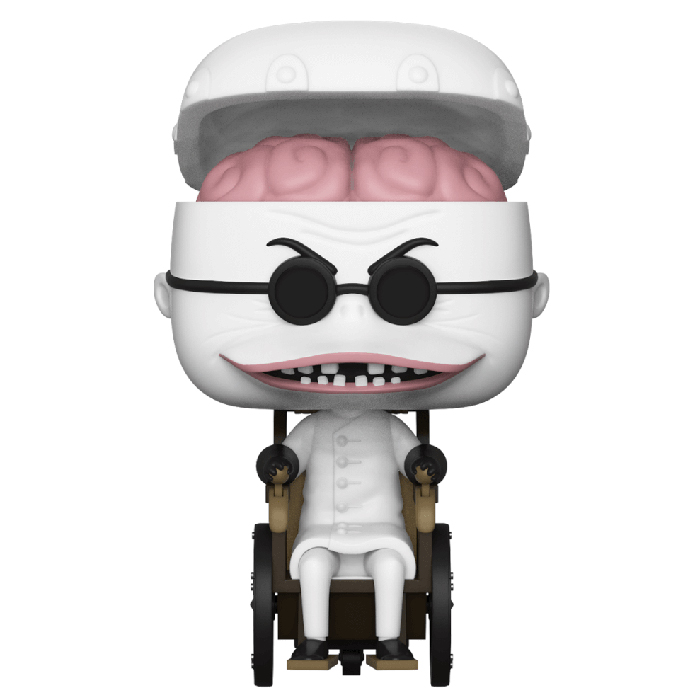 Dr. Finkelstein is a rather important character from the Disney Studios cartoon The Strange Christmas of Mr. Jack and from the imagination of Tim Burton. As his name suggests, he’s a scientist who conducts experiments to create or make lots of things come alive. He treats Sally, the rag doll, as both a servant and a girl whom he prevents from going out under the pretext of protecting her from the cruel world around her. Dr. Finkelstein also appreciates a lot Jack Skellington whom he sometimes assists for the organization of the Halloween party by offering him one of his creations. 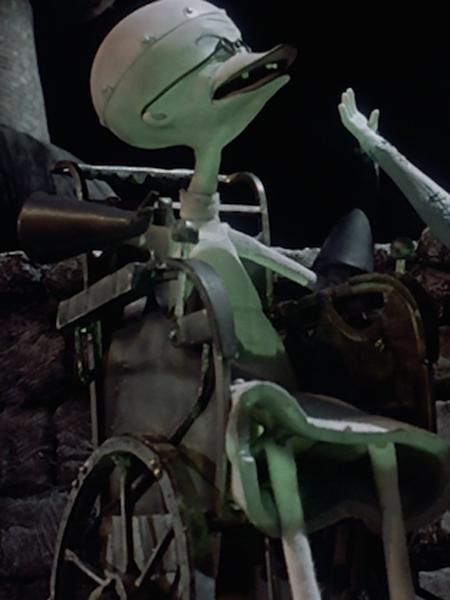 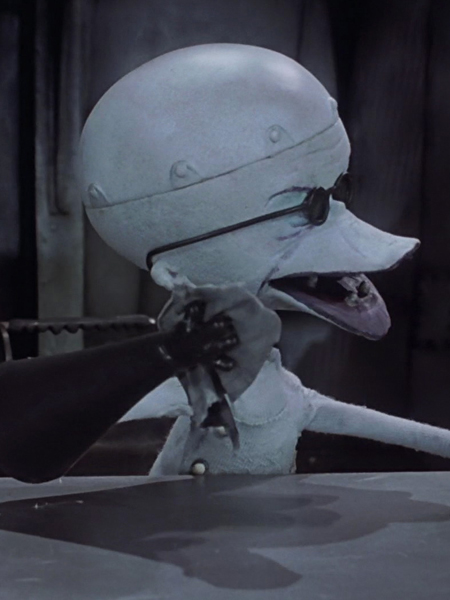 As in the cartoon, Dr. Finkelstein is shown on a crude-looking but motorized wheelchair. He wears a white scientist’s coat and his artificial hands are placed on the armrests controlling the chair. On the head, we find his very pale skin, his funny duck beak, the glasses that hide his eyes all the time but especially his skull that can open in two and let appear his brain. 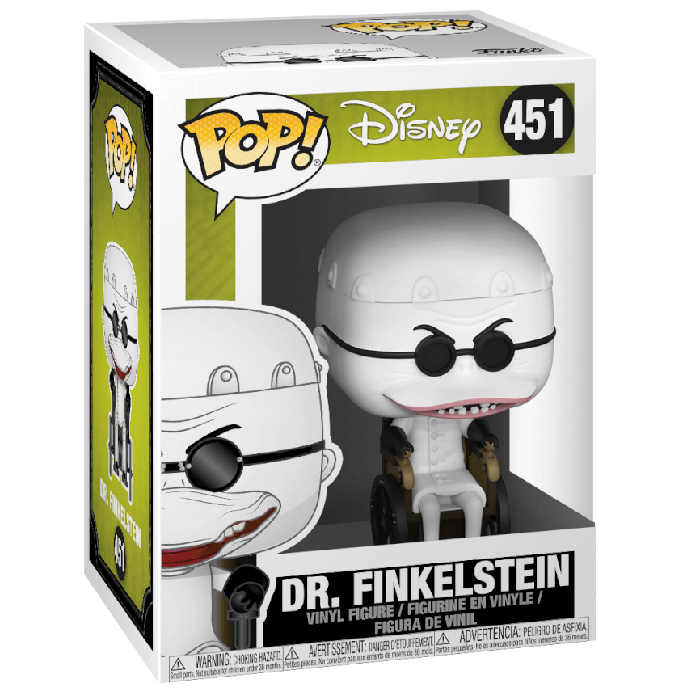