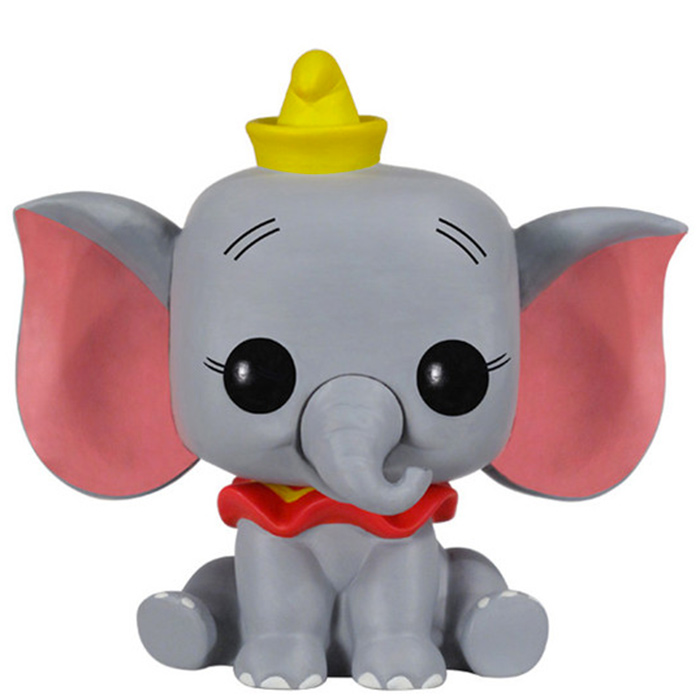 Dumbo is the main character in one of Walt Disney’s first animated feature films Dumbo. It tells the story of a little elephant born in a circus where all the other elephants are doing acrobatic acts. But Dumbo was born with oversized ears and he easily gets his paws caught in his ears. As this amuses the audience, Mr. Loyal decides to make him a clown. He is then mocked and ridiculed by all the other elephants. His only friend is Timothy, a clever little mouse. One morning, she discovers Dumbo at the top of a tree and understands that he has managed to fly up thanks to his big ears. She encourages him to do it again until he finally succeeds with grace. With this act, Dumbo becomes the king of the circus. 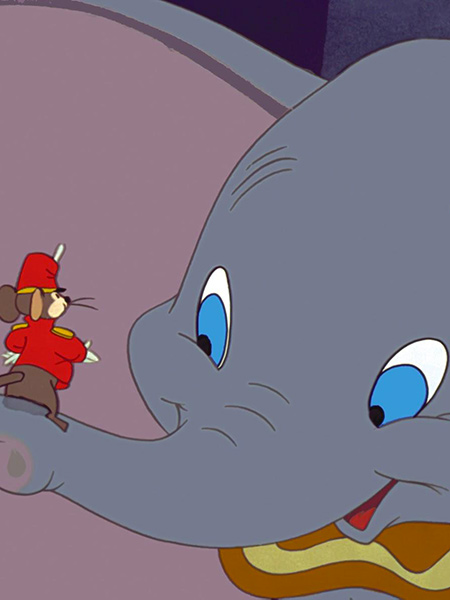 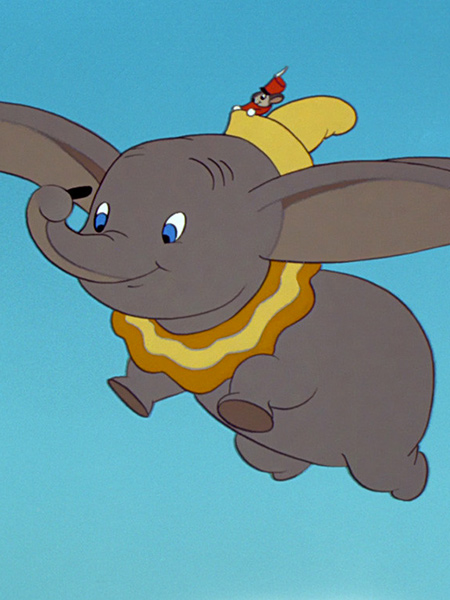 In order to better fit the usual proportions of pop figures, Dumbo is shown sitting on his backside, his two back legs pulled forward. On each of his grey paws, we can see his big white nails and around his neck, he wears his yellow and red clown collar. On the head, Funko has kept the usual shape of the pop figures to which has been added his elephant attributes. We can see his little grey trunk folded on the side, his big black eyes and the drawn eyebrows that give him such an expressive face. Of course, on the side of his face, we also find his two big ears lined with pink inside. Finally, on the top of his head, we find his little yellow clown hat as we can see him wearing in the cartoon. 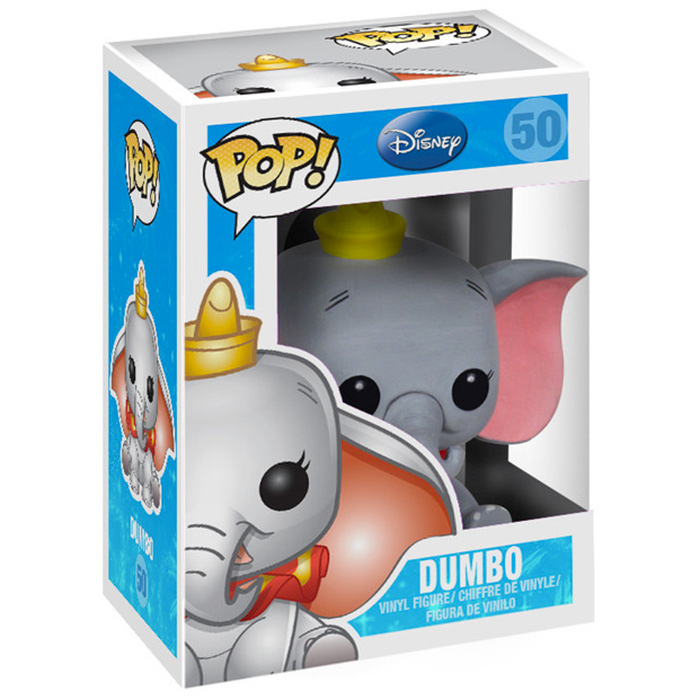