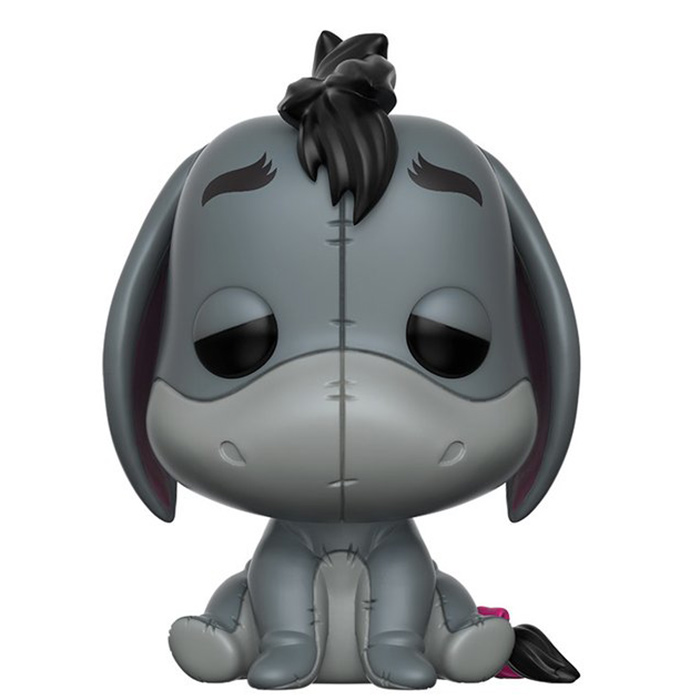 Eeyore is a recurring character in the stories of Winnie The Pooh, a classic of children’s literature created in England in 1926 by Alan Alexander Milne. He was inspired by his son’s games with his stuffed toys and the bear at the London Zoo, whom he would visit regularly. Winnie lives in a world where humans are almost absent except for Little John Christopher (Christopher Robin) where he plays and goes on adventures with his other animal friends. Among them is Eeyore, a little donkey who is always having trouble with his tail that he often has to reattach behind his back. Eeyore is rather intelligent but very pessimistic and often melancholic. He rarely speaks for anything other than pity. 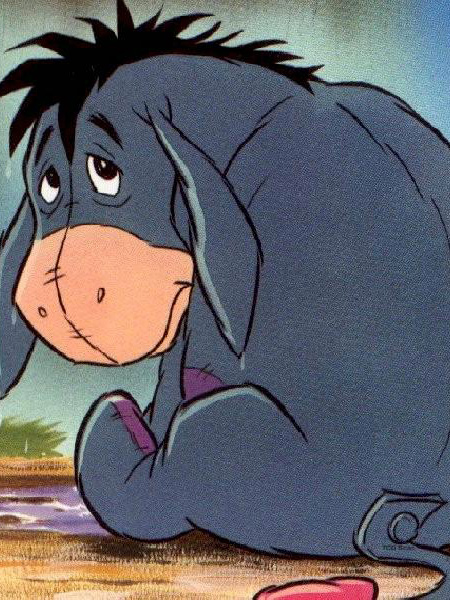 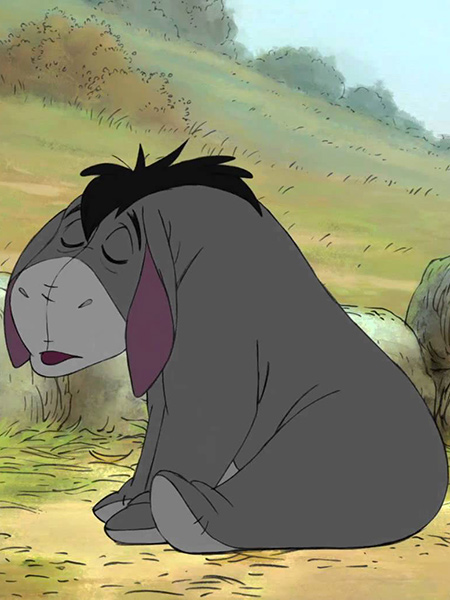 Like the other characters in the series, Eeyore is not a real donkey but a stuffed donkey, so you can see his stitching in the middle of his face and along his legs. He is represented sitting on his hindquarters and we can see his body composed of two shades of grey as well as his tail pinned on his back with a small happy pink bow attached to his tail and which contrasts well with his usual sadness. At the head level, his whole face is turned downwards to accentuate his melancholy. His eyes are half closed and his ears are drooping. Finally, his little black mane is on top of his head. 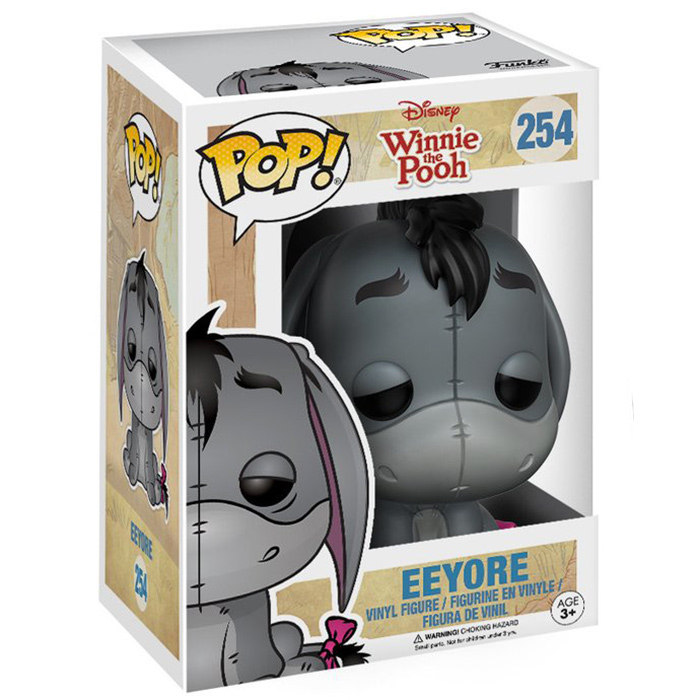