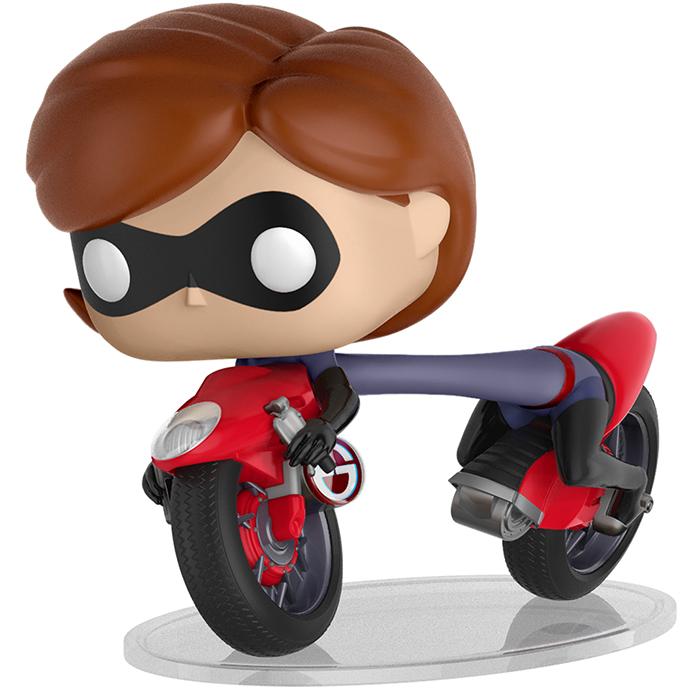 Elastigirl is one of the main characters in Disney Pixar Studios’ The Incredibles 1 and 2 cartoons. The cartoons tell the story of a family of superheroes, the Parrs, who find themselves living, like all other former superheroes, in anonymity, following an incident unfairly attributed to a group of superheroes. In the first film, the family secretly resumed their activity and in 2, this is still the case with the arrival of a mysterious new super villain. Ms. Parr, also known as Elastigirl, has the very special ability to stretch her body at will, which also gives her a lot of stamina. She is particularly involved in the movement to rehabilitate superheroes so that they can finally return to the mainstream. 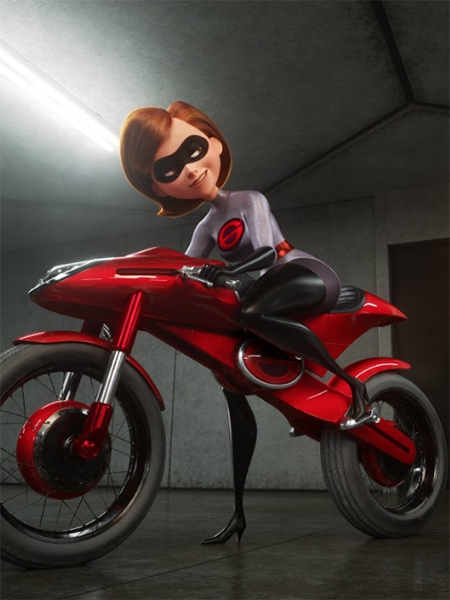 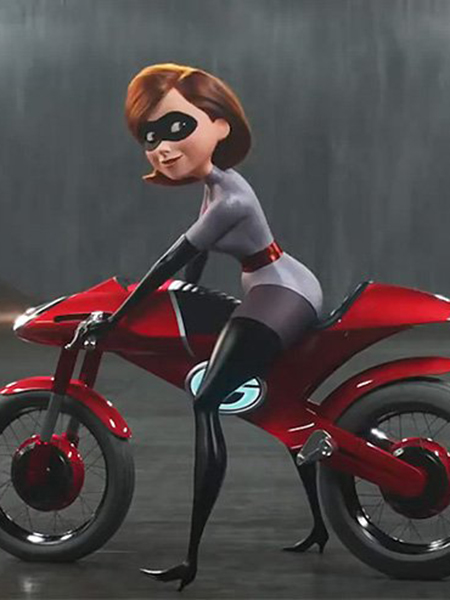 On this Pop Rides figure, Elastigirl is represented on her red motorcycle with her family colors. Given Elastigirl’s abilities, the motorcycle has the particularity of being able to split in two when Elastigirl lengthens her body, giving her more flexibility and freedom to move. As always, Elastigirl’s costume is purple with high black boots and matching gloves. We can see her red hair cut in a square as well as the little mask that hides her true identity. 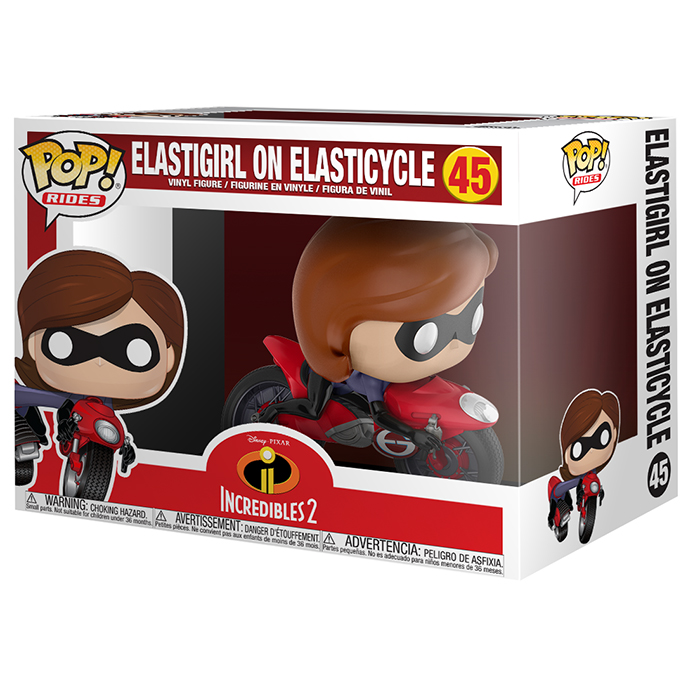