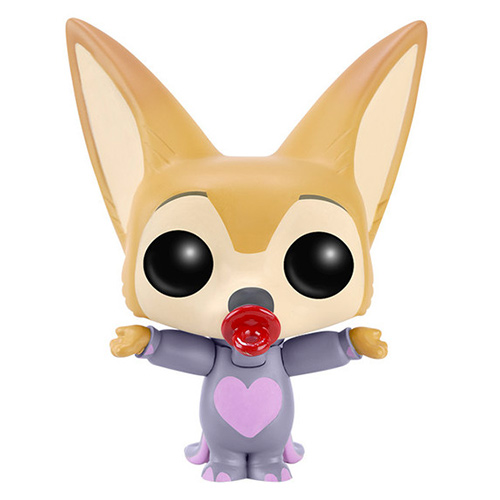 A not so innocent fennec

She-Finnick is a secondary but memorable character in Zootopia, the Disney Studios cartoon set in a world without humans and where animals have evolved differently. They walk on two legs, speak and have created a society close to ours with big cities and advanced technologies. We follow the adventures of Judy Hopps, a young rabbit. She is the first of her species to enter the police academy and she even manages to finish as valedictorian. But she is not taken seriously by her boss and so is assigned to check parking lots in Zootopie. During one of her first days, she crosses paths with fox Nick Wilde and his son, who are refused ice cream because of their species. She defends them and gets the ice cream sold to them. But while recording them by chance, she will realize that all this is a scam and that they melt the enormous ice coming from a shop for elephants to make tens of small ones which they sell to lemmings. Ele-Finnick, who was pretending to be Nick Wilde’s son, is actually an adult of a smaller fox species (a fennec) and of course is also involved in the scam. When Judy discovers this, she agrees not to turn them in if Nick Wilde will help her with the investigation she has decided is her worth. 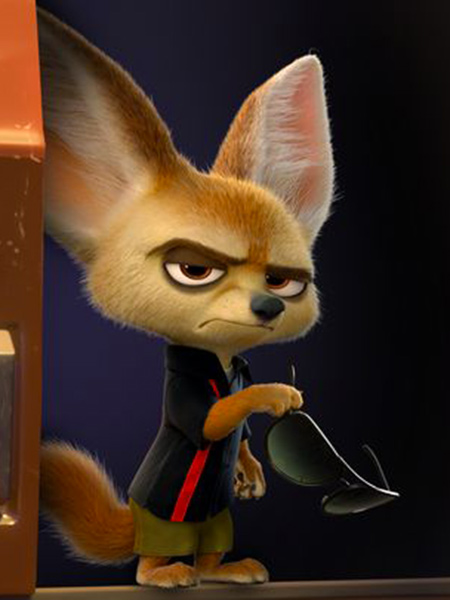 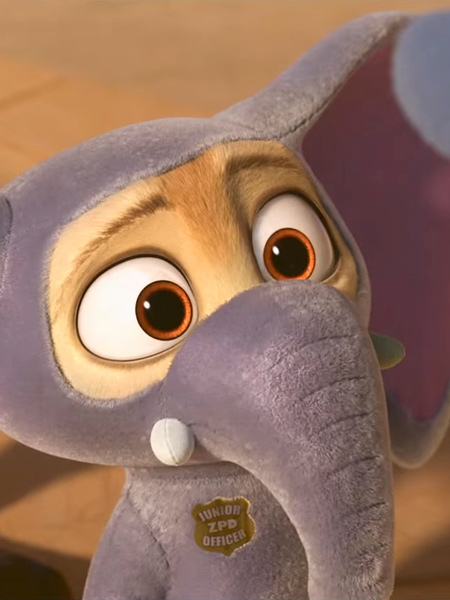 Although Ele-Finnick is an adult, he is pretending to be a baby for his con and that’s how Funko decided to portray him, which makes for a particularly cute figure! As in the movie, he wears a children’s onesie-type elephant costume. He is grey with a pink heart on the torso and the feet of the elephant drawn in pink on the feet and the bottom of the sleeves of the romper. He is not wearing the hood with elephant ears and it hangs down his back. His arms are stretched forward as if to hug him. Finally, on the head, we find the beige colors of his coat and the big black eyes classic of pop figures. Pretending to be a baby, he has his red pacifier in his mouth. Finally, being a fennec, he is of course represented with his very large ears on top of his head. 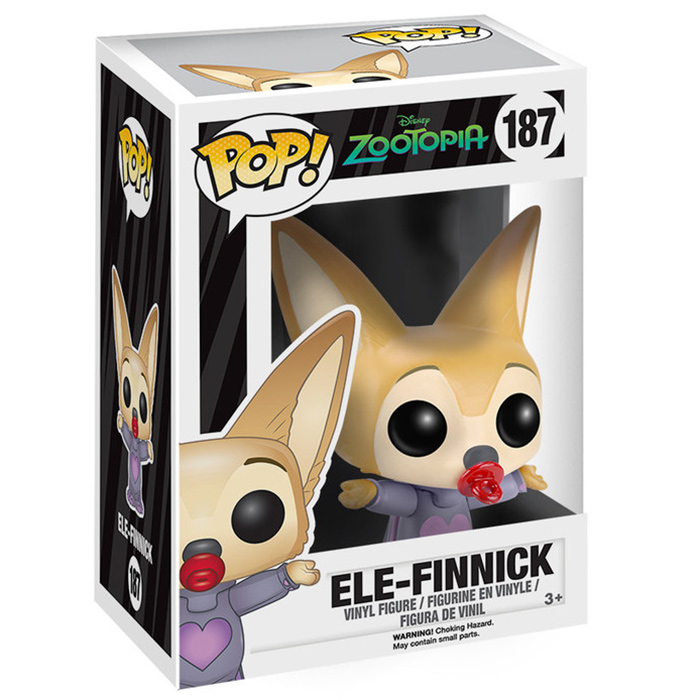