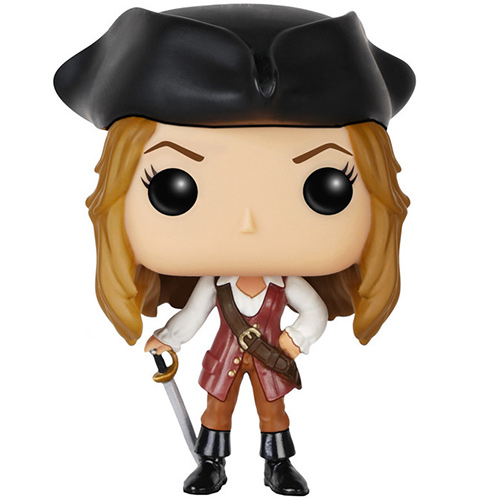 Elizabeth Swann is one of the main characters in the films Pirates Of The Caribbean: The Movie Saga very loosely based on the famous Disneyland theme park attraction. The films take place in the Caribbean islands in the 18th century when they still belonged to the English. At the beginning of the first film, Governor Swann and his daughter Elizabeth are on their way to Port Royal in Jamaica when they rescue Will Turner, a shipwrecked boy. Elizabeth sees that he is wearing a gold locket. Fearing that he is a pirate, she decides to kidnap him while he is still unconscious. Twelve years later, Will has become a blacksmith and they are in love with each other even though they don’t dare admit it to each other. One day, Captain Jack Sparrow lands in Port Royal after losing his ship, the Black Pearl. He saves the life of Elizabeth Swann, who has fallen overboard, but is arrested by the army. Shortly after, the crew of the Black Pearl, Jack Sparrow’s ship, come ashore and kidnap Elizabeth because she has the gold medallion they need to escape their curse. Will will then free Jack Sparrow in the hope that he will help him find Elizabeth. We quickly realize that Elizabeth Swann is far from being the helpless girl she seems to be. She will even become a bit of a pirate herself. 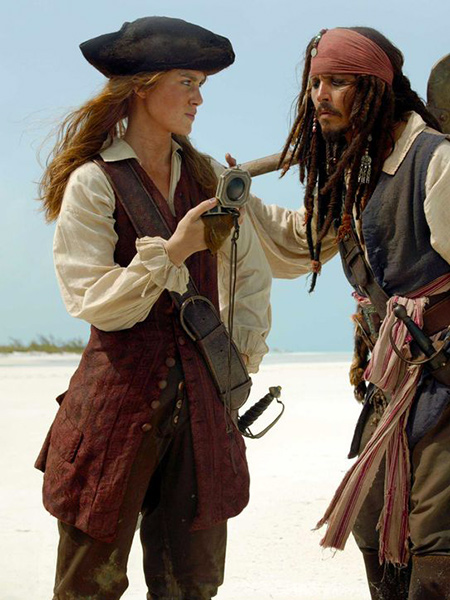 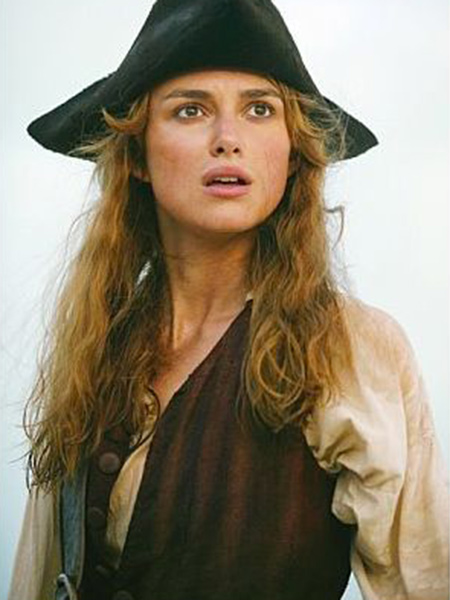 Elizabeth in her pirate outfit

During the saga, Elizabeth wears many different clothes but it’s with the pirate outfit she wears during the whole second movie: The Secret of the Cursed Chest, that Funko chose to represent her. We can find these light brown leather pants and high boots similar to Jack’s. She also wears a large white shirt and a long jacket fitted at the waist to give her a more feminine look. In her right hand, she holds her sword. On the head, her face is simple but her brown/red hair is nicely represented and she wears the famous tricorn hat typical of the pirates and the fashion of the time. 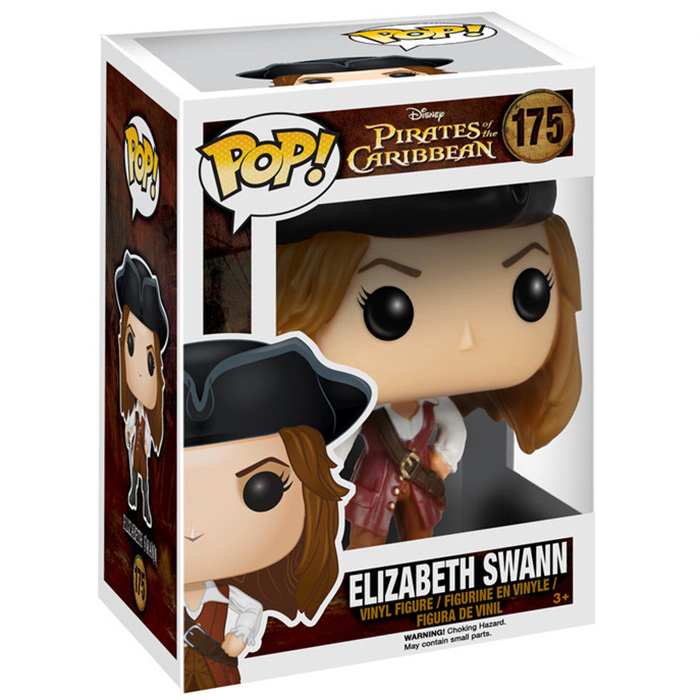