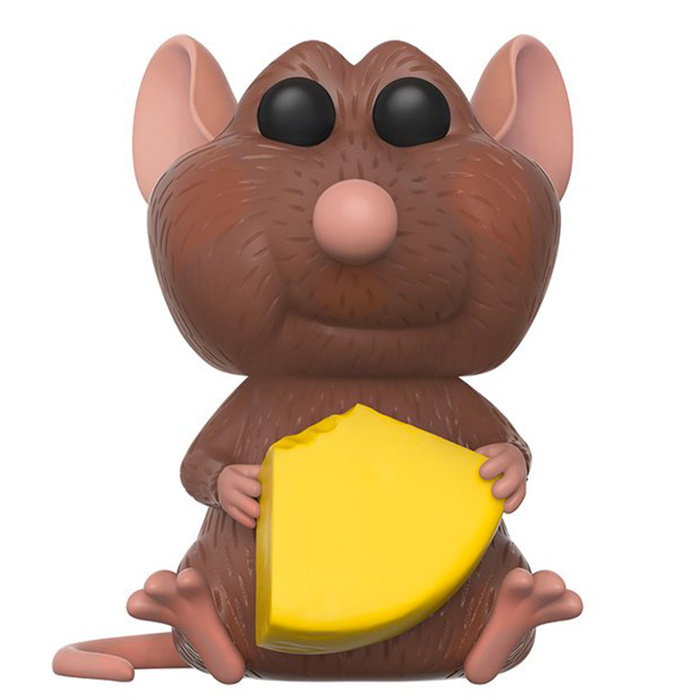 A much less distinguished rat

Emile is one of the important characters in Ratatouille, the Pixar Studios cartoon set in Paris. In this story, Remy, a young rat genius in the kitchen, has always dreamed of becoming a great chef, which is no easy task when you are a rat. Until he meets Alfredo Linguini who has just been hired as a commis de cuisine in the restaurant of the great chef Gusteau. Gusteau has no talent for cooking, so he makes a deal with the young rat. The latter will hide under Alfredo’s hat and guide him to become a better cook and thus become a bit of a cook himself through him. Emile is one of Remy’s many brothers. When he learns that Remy has managed to get into the kitchens of a big restaurant, he sees an opportunity to find food easily but Remy doesn’t see it that way. 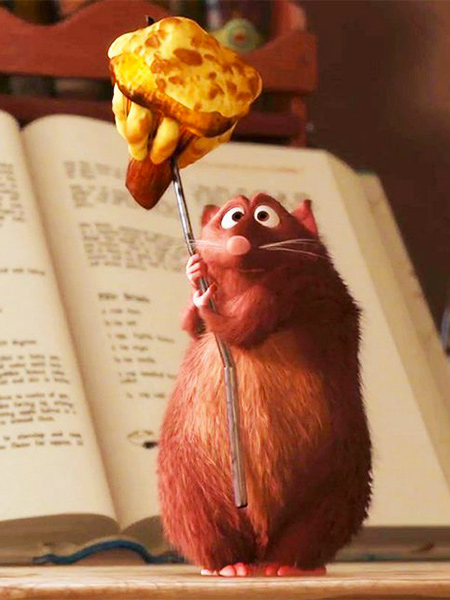 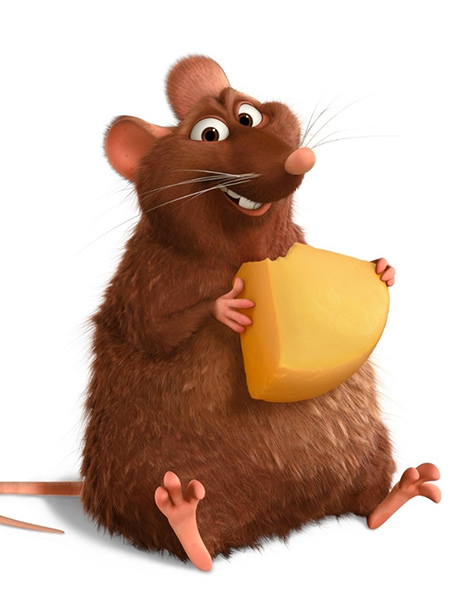 Emile is shown here sitting on his butt and eating a piece of cheese, his greatest passion. As in the cartoon, his fur is brown and the texture of his hair is simplified but still nicely represented. His paws, tail, ears and nose are a nice light pink like all rats. On his face, we can see that his cheeks are swollen, still containing the piece of cheese he just ate. His big black eyes are gathered towards the center of his face to give him this funny and friendly look. 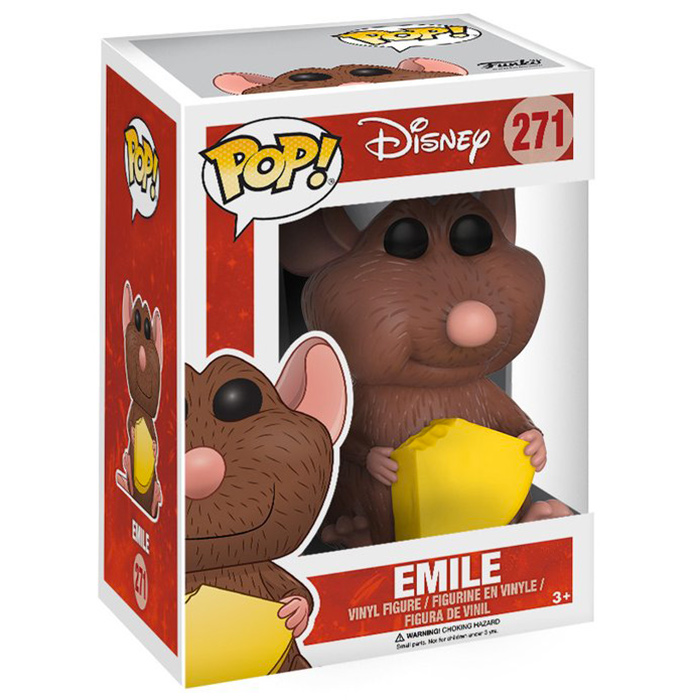