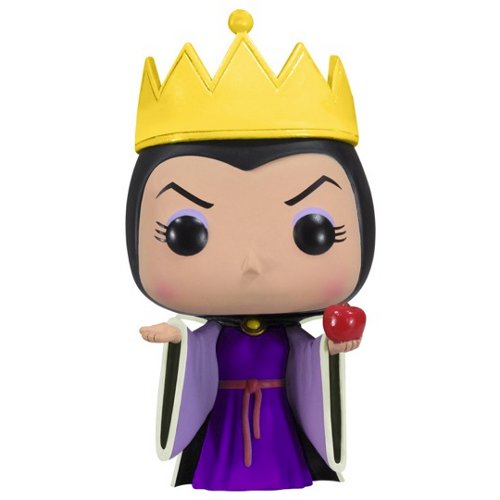 A cold and cruel beauty

The Evil Queen is one of the main characters in Disney’s first animated feature film Snow White. In the story the Evil Queen lives with her stepdaughter, Princess Snow White. But being very vain and jealous of her beauty, she forces her to wear rags and do all the housework. Every day she asks her mirror who is the most beautiful and it always tells her that it is her. However, one day he tells her that Snow White has finally surpassed her. Mad with rage, she asks her faithful servant the huntsman to kill her and bring back her heart as proof. But when she realizes that the huntsman could not do it, she takes the appearance of an old woman and goes to the forest where Snow White has taken refuge with the dwarves. She offers him a poisoned apple, but the dwarves kill her and Snow White is saved by the prince. The Wicked Queen/Witch is one of Disney’s most famous villains. She is the first in a long tradition of villains representing pure evil, they do it for purely personal reasons and without “extenuating circumstances”. Physically she is indeed very beautiful but where Snow White is charming and smiling, the Queen has an icy beauty and a cruel look. 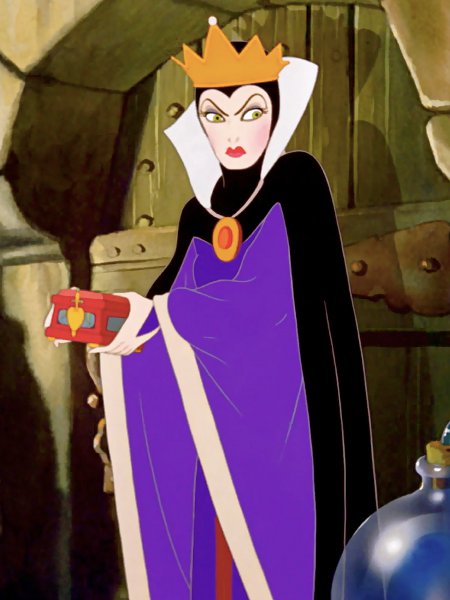 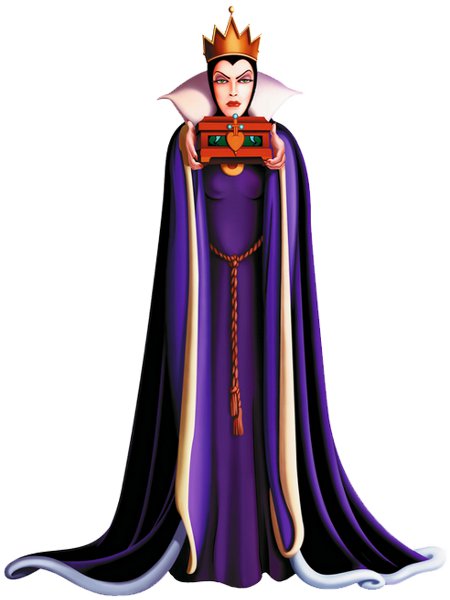 Between the Middle Ages and the 1930s

This figurine is based on the evil queen of Disney. She is represented with her young physique and not the witch’s physique that she takes to deceive Snow White. The details of her outfit have been represented quite finely. We find the purple dress with lighter sleeves and white edges as well as the rope belt. Her black cape with its characteristic collar is closed with a golden jewel as in the cartoon. Finally, we find this kind of black headdress covering her entire head, leaving only her face visible, as well as her golden crown with 5 points. The style of the character is clearly inspired by medieval fashion with this dress with wide sleeves, the belt and this strange headdress type “hood” very characteristic. However, she is also marked by the time of the creation of the cartoon: the 30s. This is mainly reflected in the makeup which has been well reproduced on the figure: the shape of the eyebrows, the grey/blue eye shadow and the cheekbones very marked by a pink blush. It’s a pity that the Funko figurines don’t have a mouth, the very red lipstick was quite characteristic. Finally, the queen is of course represented with the beautiful red apple that she is about to offer to Snow White. 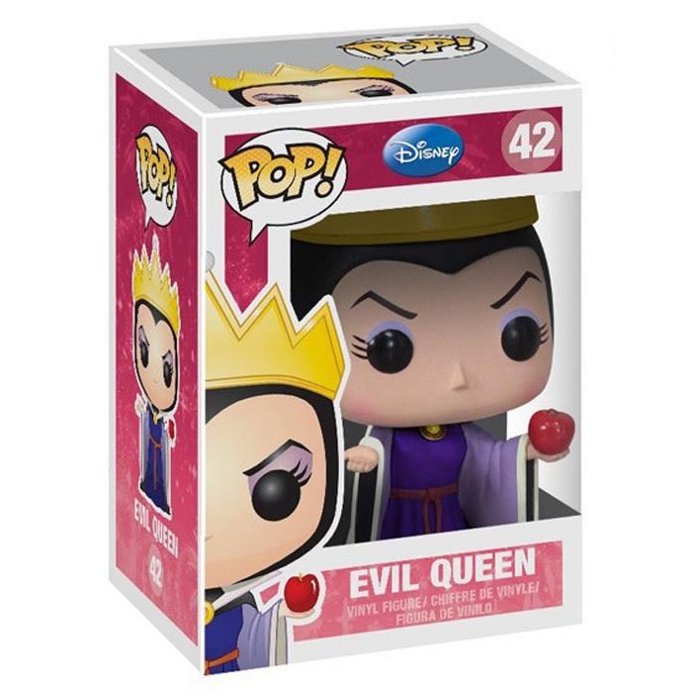