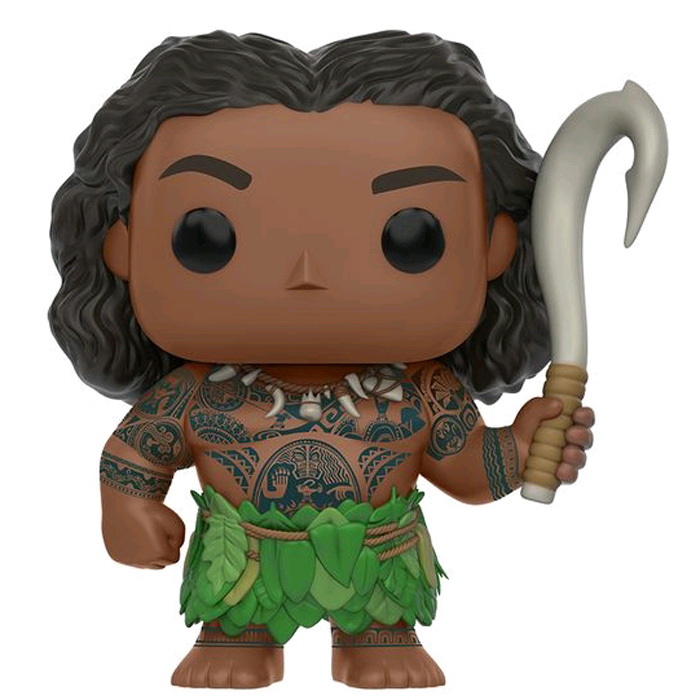 Maui is one of the main characters in the Disney Studios cartoon Moana. Long before the story begins, Maui came to Te-Fiti Island and stole its heart in hopes that it would help him fight the lava monster, the island actually being a goddess who took the form of an island to rest in the sea. But the stone is lost in the fight and thousands of years later, the island begins to die. The fish no longer come near it and the coconuts die. The young Moana, who had found the stone when she was younger, will make it her mission to reunite the stone and the goddess. To do this, she will need Maui’s help, even if it will be against her will. 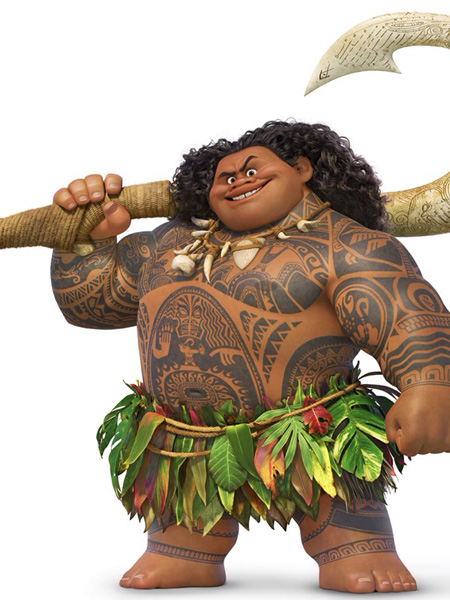 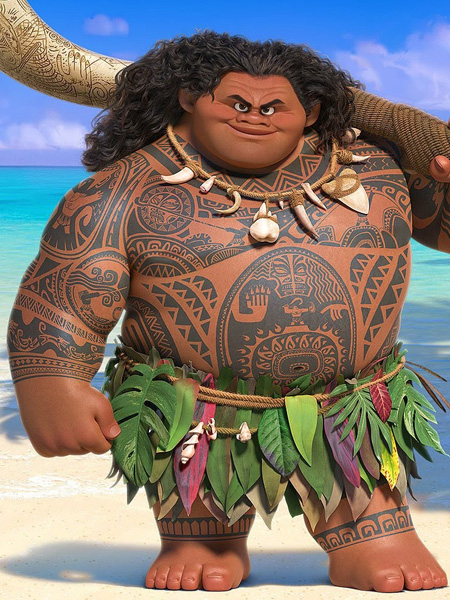 For this second figure of the demigod Maui, Funko has represented him in a very similar way to the first one, only the position of his left arm being different from the first one. His body is still covered with dark blue tattoos representing, among other things, different scenes from his life. He wears a simple loincloth of green leaves held together by rope. Around his neck, he wears a necklace of various animal teeth. On his head, we can see his thick black hair separated by a parting in the middle. Finally, in his raised left hand, he holds his white harpoon. 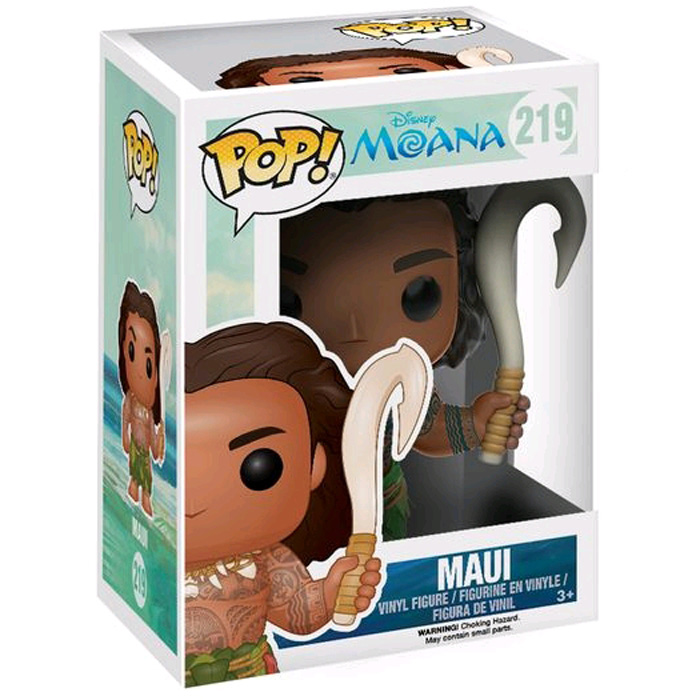