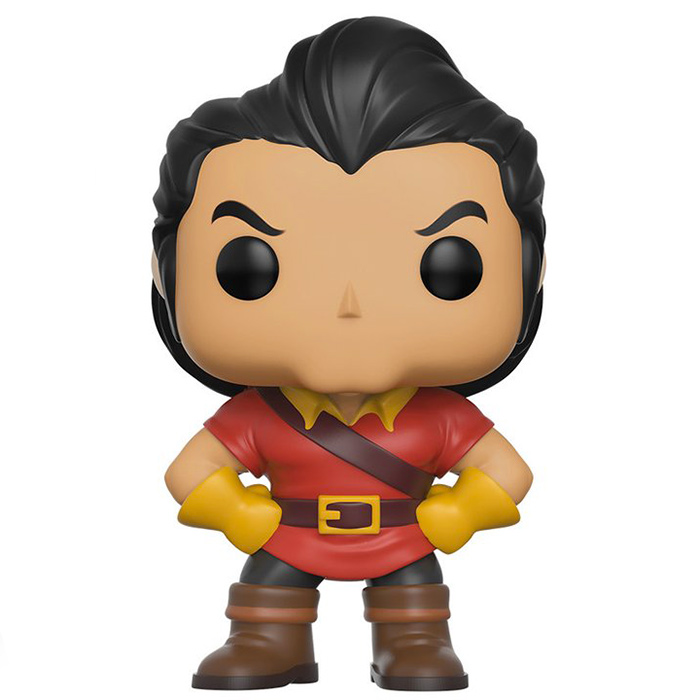 Gaston is a character in Beauty And The Beast, one of Walt Disney’s most popular cartoons. The story takes place in a French village overlooked by a castle where a terrible beast lives. But the beast wasn’t always a beast, he used to be a handsome young prince cursed by an old woman when he cruelly closed the door in her face when she asked to take shelter during a storm. In this village lives Belle, an intelligent young woman with a passion for reading, and her father, a rather extravagant inventor. When he finds himself near the castle during a storm, the servants open the door for him, but the beast is furious and makes him his prisoner. Belle goes to the castle and offers to become its servant in exchange for her father’s freedom. Gaston is a village resident and a real cliché of a stupid hunk. He’s been courting Belle for as long as he can remember while mocking her taste in books, which he finds bizarre. When Belle becomes a servant in the castle and becomes attached to the Beast, Gaston wants to rescue her out of jealousy. 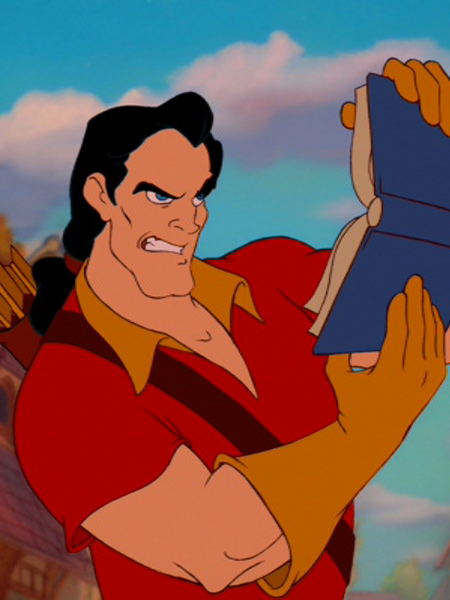 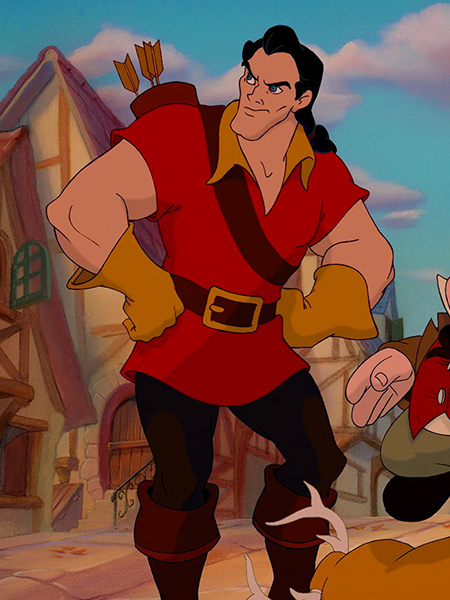 On this figure, we can see the exaggeratedly muscular physique of the character highlighted by his tight clothes and his uncovered arms. We find these black trousers worn with high brown boots as it was the fashion in the 18th century. With this, he wears a red tunic with a yellow collar matching his gloves. He also wears a brown belt with a big golden buckle and the “cartoon” aspect of the character is well represented here. On the head, we can see his very prominent chin in relief, one of the most notable aspects of this character. His black eyebrows are frowned upon, which gives him an unpleasant look. His black hair is also very well represented, which makes it a very good figure to match with the other figures of the cartoon. 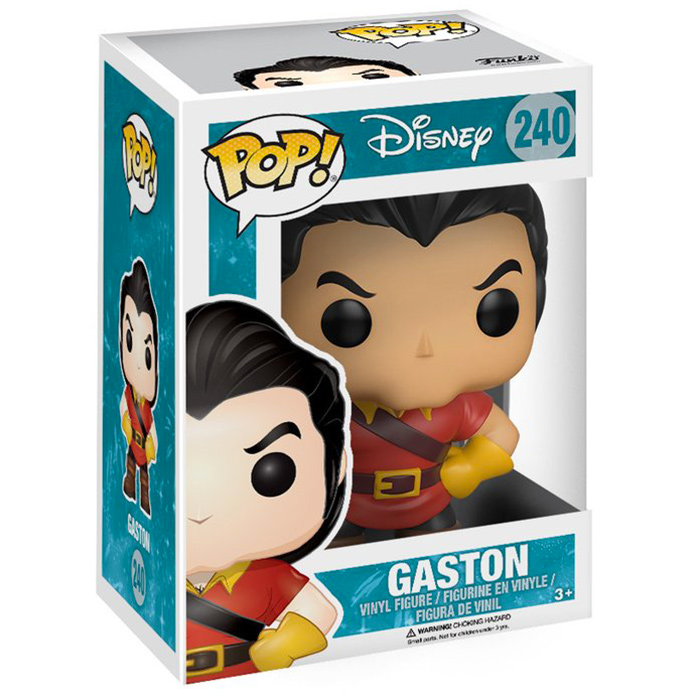