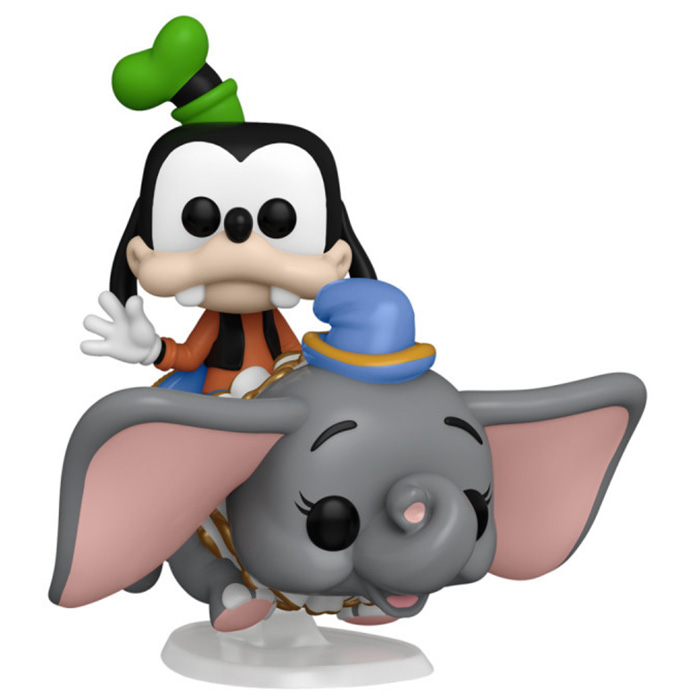 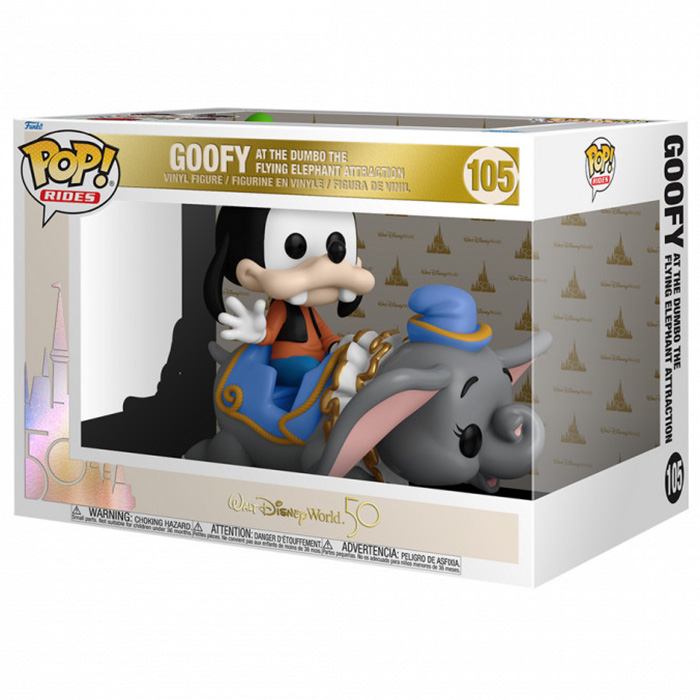 Dumbo The Flying Elephant is a famous attraction in the Disneyland parks. It is one of the only ones to not only be in all six castle parks but to have been there from the opening of each of them. It is a Dumbo-themed attraction with ten or sixteen gondolas in the shape of an elephant rotating and flying around a central axis. Goofy is one of Mickey’s friends. He is a talking anthropomorphic dog who moves on his hind legs and can be found in many films and series taking place in Mickey’s universe. His name is derived from the fact that he is always a bit silly and laughs at very little. 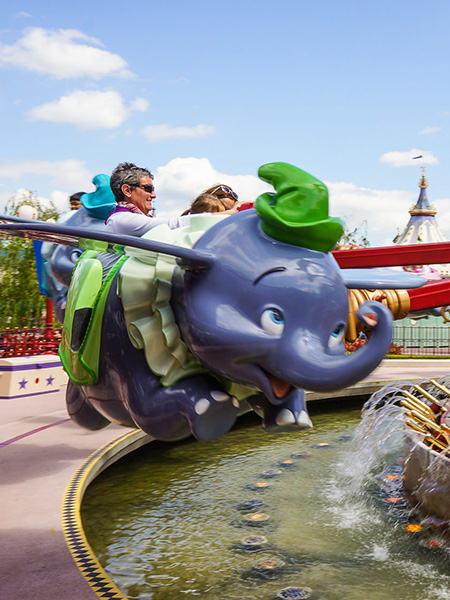 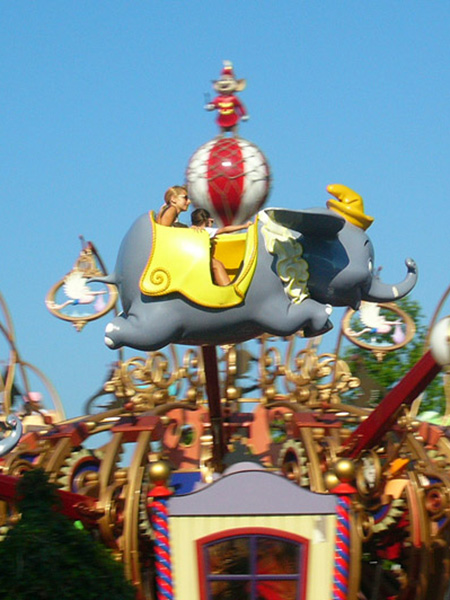 For this figure created for the fifty year anniversary of Walt Disney World park, Funko depicted Goofy testing the attraction. We see him with his usual outfit, blue pants and an orange jacket. He is sitting in the car with a raised hand waving. The Dumbo character is as seen in the attraction with his long ears flying in the wind, his curved trunk and a small blue hat.