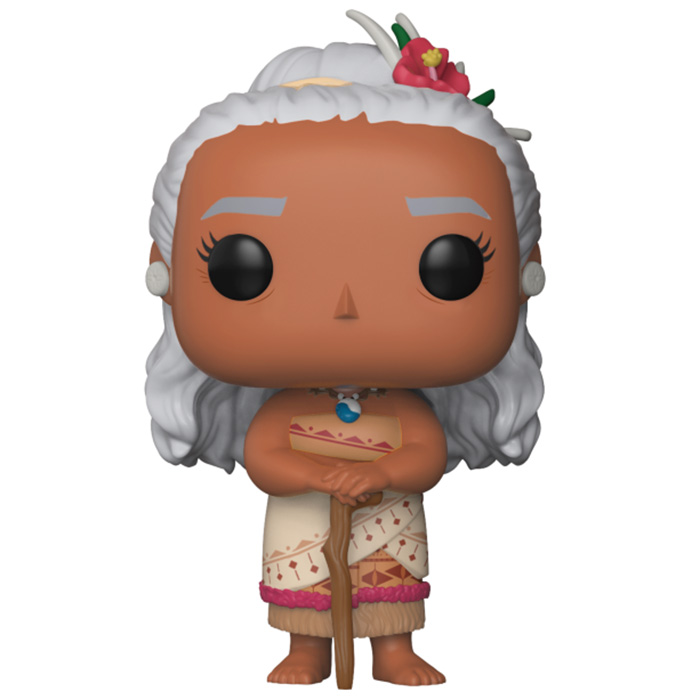 Grandma Tala is the grandmother of Moana in the Disney cartoon Moana. Moana is the daughter of a Polynesian tribal chief who, as a young child, found the heart of the goddess Te Fiti on a beach after it had been stolen and lost by the demigod Maui. Later, when Moana is a teenager, the islands start to die and the fish start to disappear and Moana’s grandmother thinks it’s because Te Fiti is dying without her heart. Thinking that Moana has been chosen, she pushes her to go to sea despite her father’s prohibition that the sea is too dangerous. Moana finally takes to the sea with the help of Maui, who is determined to make up for his mistakes. Shortly afterwards, her grandmother dies, allowing her to return in the form of a spirit who can guide Moana in her mission. 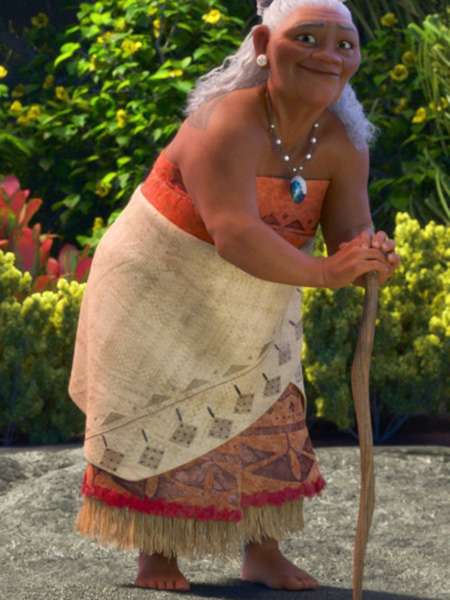 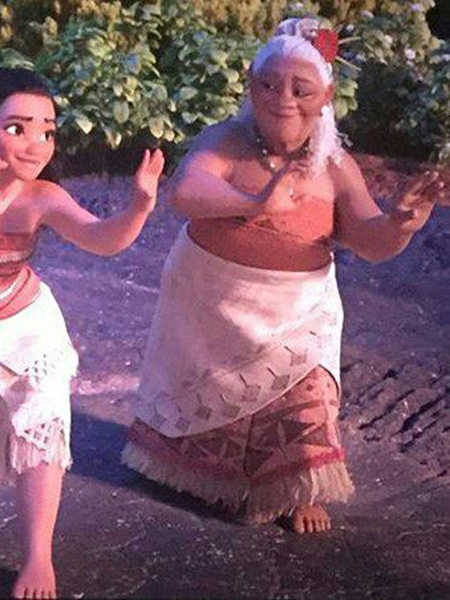 Like all the other characters, Grandma Tala is dressed in Polynesian fashion. She wears a loincloth dress draped around her body in natural colors: beige, orange, brown and just a few pink flowers. She is holding a cane on which she rests her two hands as well as a necklace with a large blue stone. At the head level, we can see her grey eyebrows which stand out particularly on her brown skin as well as her long hair of the same colour nicely brought back in a bun with a big pink flower. 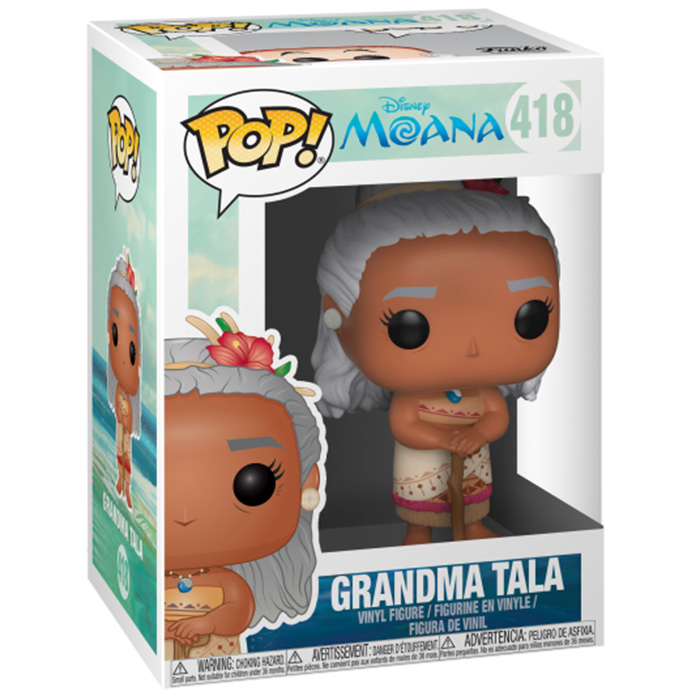