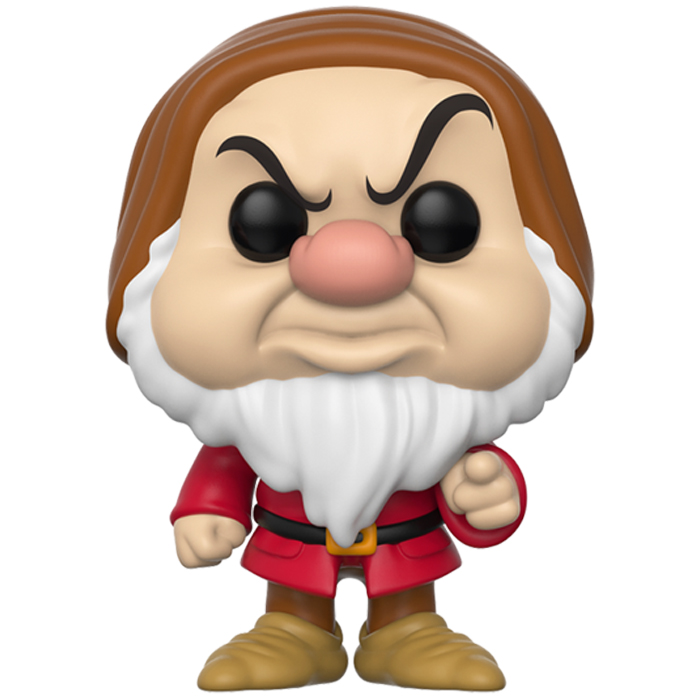 Grumpy is one of the important characters in Snow White, Walt Disney’s first full-length cartoon. Snow White is the beautiful daughter of the very beautiful but vain and cruel queen. She asks her magic mirror every day if she is still the most beautiful. But one day, the mirror tells her that Snow White has become more beautiful than she is. She orders her hunter to kill her, but he takes pity on her and lets her go. She then flees into the forest and takes refuge in the house of seven dwarfs and they agree to shelter her. Each of them has a distinct character from which their names are derived. Grumpy is always grumpy and at first he takes a dim view of Snow White’s presence in their house. But he has a good heart and ends up getting attached to the young princess. 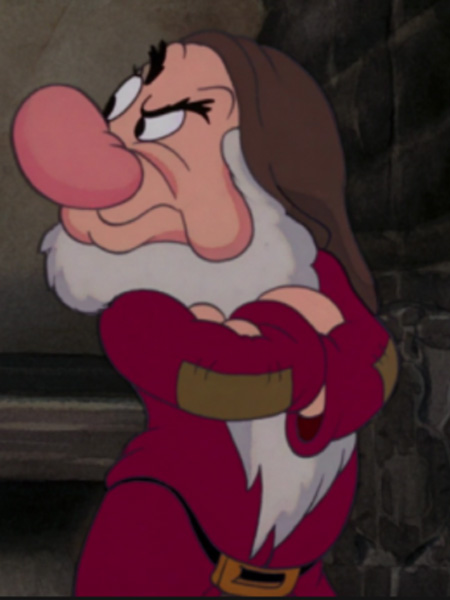 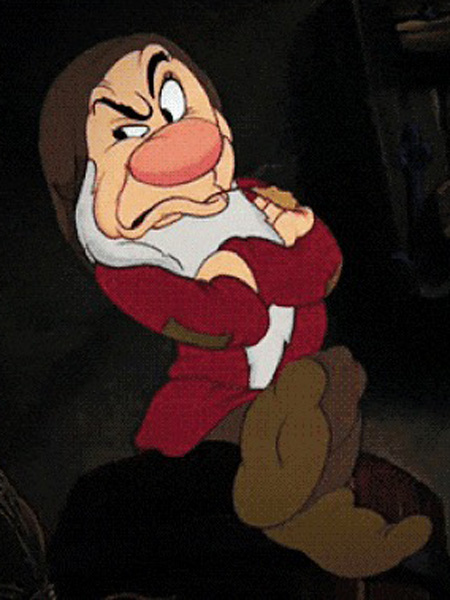 All the dwarves have a very similar uniform to each other that differs only in color and some details. Grumpy’s is red with a black belt with gold buckle. He also wears brown pants and matching large shoes. On the head, he has a large face, a pout and a big nose a little red. His eyebrows are also very strongly frowned to give him an exaggeratedly angry look. Finally he has a long white beard and a big brown cap. 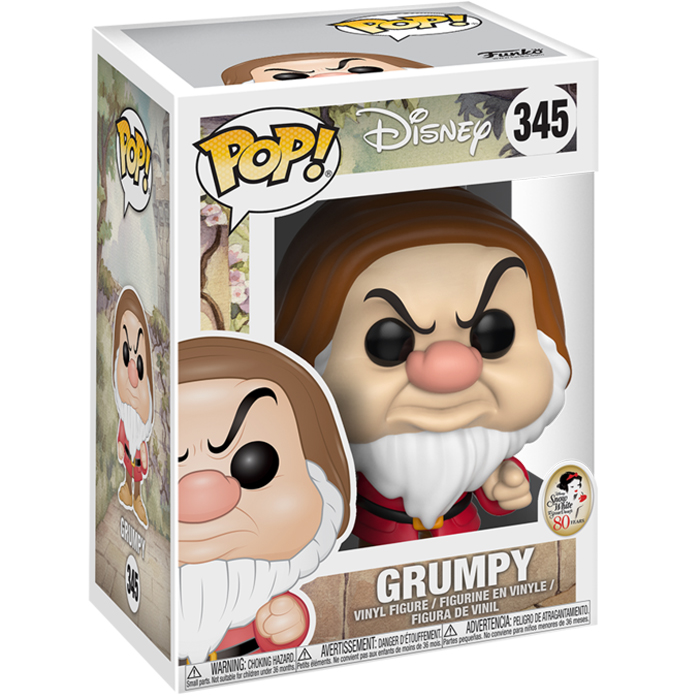