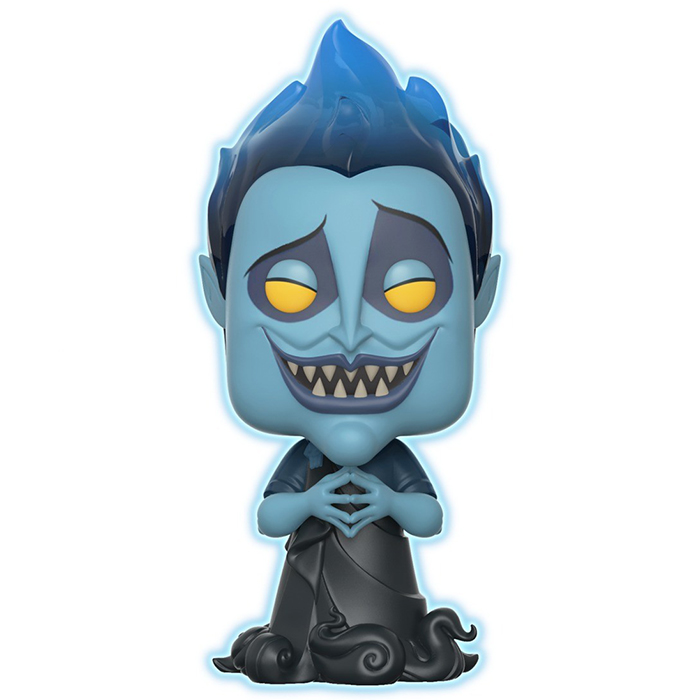 Hades is the one and only god of the underworld in Greek mythology and one of the main characters in the Disney Studios cartoon Hercules. In this story, Zeus and his wife celebrate the birth of their child Hercules, with the other gods on Olympus while Hades is, as always, stuck in the underworld. A prophet predicts that he will one day have the opportunity to get out of there, but only if Hercules is dead at that time. He then sends his henchmen to kill the young Hercules but they do not manage to make him completely human to be able to do it and the young boy is thus forced to remain on Earth but keeping a superhuman strength because there remains a part of the divine in him. During all the years which will follow, Hades will try very many times to kill again the young man. 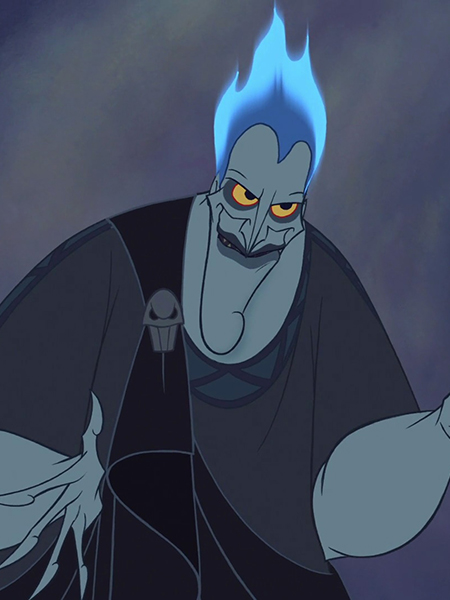 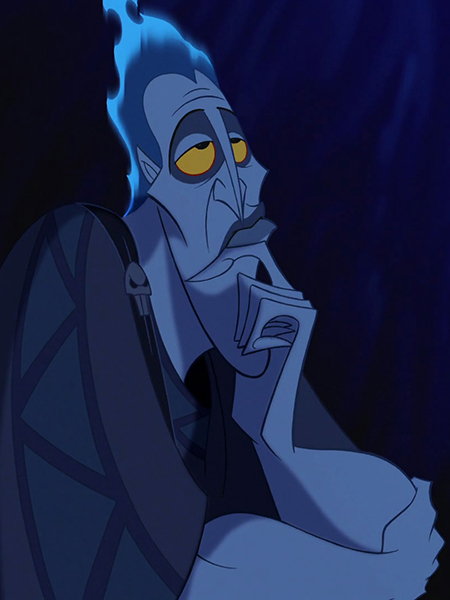 For this Hot Topic stores exclusive release, Funko has represented Hades in a glows in the dark version. As on the normal version, we still find his blue skin and this long dress ending with some kind of black clouds that give the impression that he is floating rather than walking. His face is just as worrying as in the cartoon with this smile with sharp teeth and his strange yellow eyes and finally his hair catching fire when he gets angry. 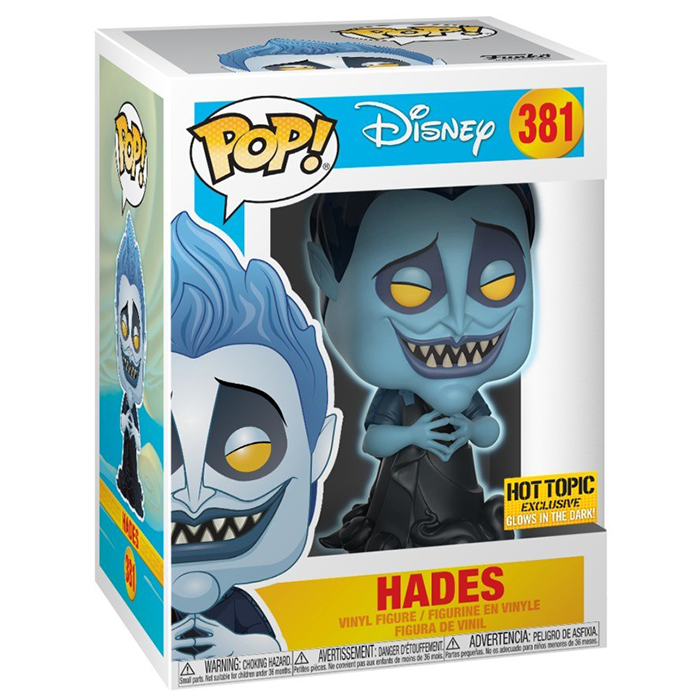