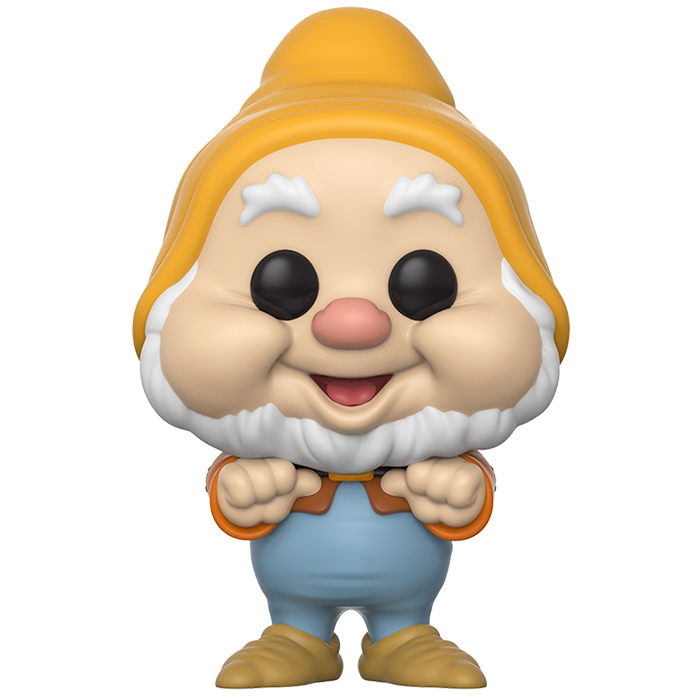 Happy is one of the seven dwarfs in the cartoon Snow White and the Seven Dwarfs adapted from the famous Grimm’s fairy tale. Snow White is the daughter of a nobleman who remarried a beautiful but cruel woman after the death of his first wife. The latter is very jealous of the beauty of her beautiful daughter and, following the death of her husband, she makes Snow White a servant. Every day, she asks her magic mirror if she is still the most beautiful. The mirror always says yes until one day it tells her that Snow White has surpassed her. She then orders her hunter to kill the girl. The girl escapes into the forest and takes refuge in the house of seven minor dwarfs. Each of them has a distinct personality and there is notably Happy, a dwarf who is always cheerful, in a good mood and always very positive. This particularly annoys the Grumpy Dwarf who, on the contrary, is always in a bad mood. 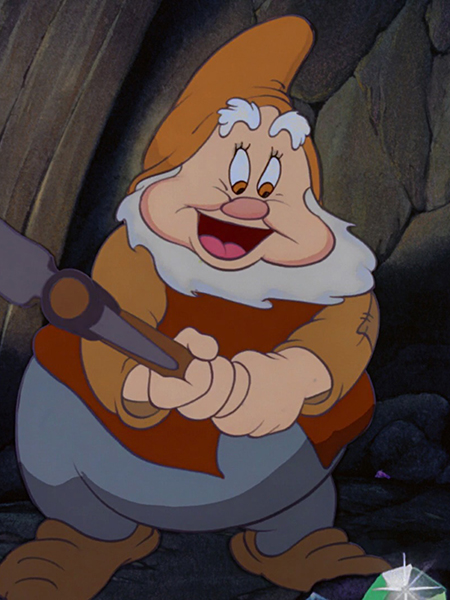 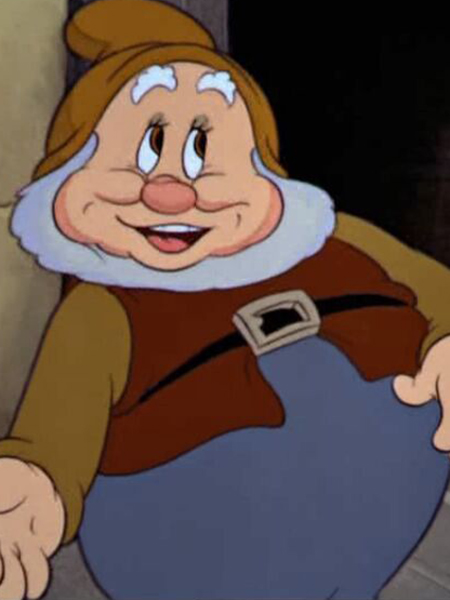 Funko has of course represented Happy with his little round body: blue overalls, little beige pointed shoes, and a brown tunic with orange sleeves. We also find his head a bit round with this large white beard matching his eyebrows. His cheeks are round, his nose is red and his mouth stretches into a wide smile. He has his two thumbs up and pointed to his chest and he also wears his big yellow cap like his other dwarf brothers. 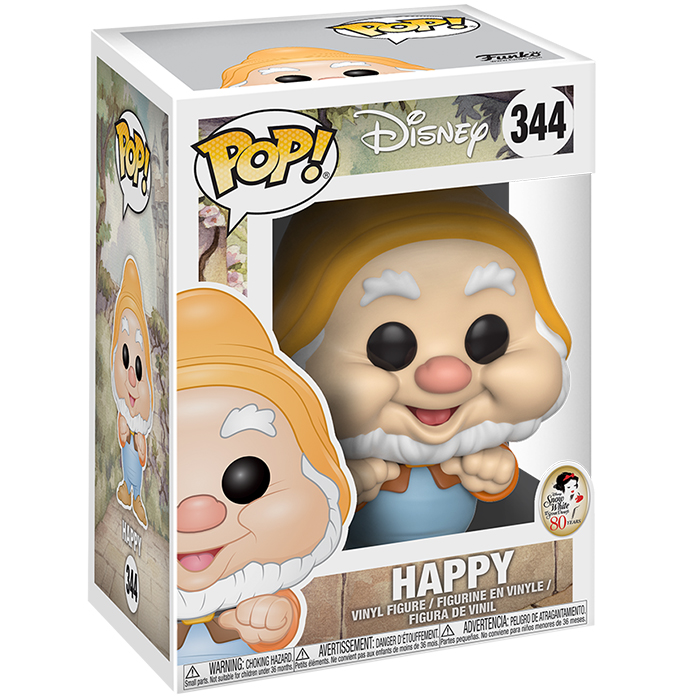