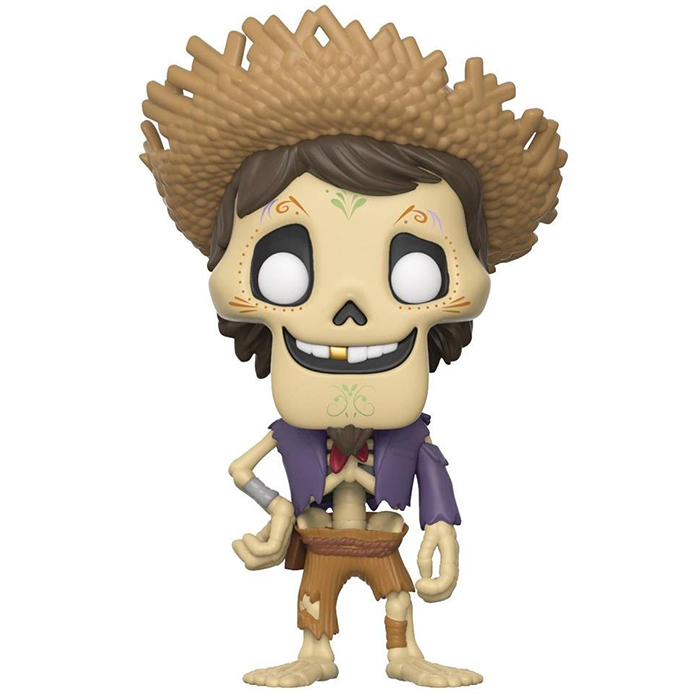 The Funko Pop figure Pop Hector (Coco) Are you interested?

A Man Left Behind

Hector is one of the main characters in the studios’ Coco cartoon whose story takes place in Mexico in the world of the dead during the famous Festival of the Dead. Miguel is a young boy passionate about music who wants to participate in a music contest but does not have a guitar of his own. His family has banned music since his great-great-grandfather abandoned his family to tour forever. Thinking he has discovered that the man in question is Ernesto, hero of the whole town, he enters his mausoleum and borrows his guitar. He finds himself transported to the world of the dead. To return to the world of the living before it’s too late, a dead family member has to sign an authorization, which they refuse to do if he doesn’t commit to stop playing music. He then crosses paths with Hector, who offers to help him find his ancestor Ernesto if he promises to display his photo on an altar at the next Festival of the Dead, the only condition necessary for him to visit the world of the living at the next Festival of the Dead. But he and Miguel soon discover that things were not what they thought. 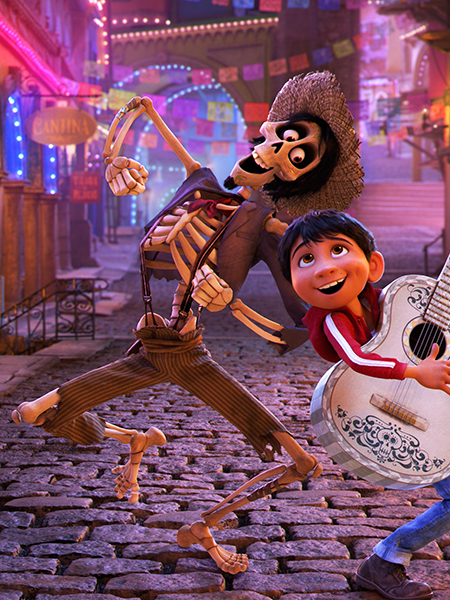 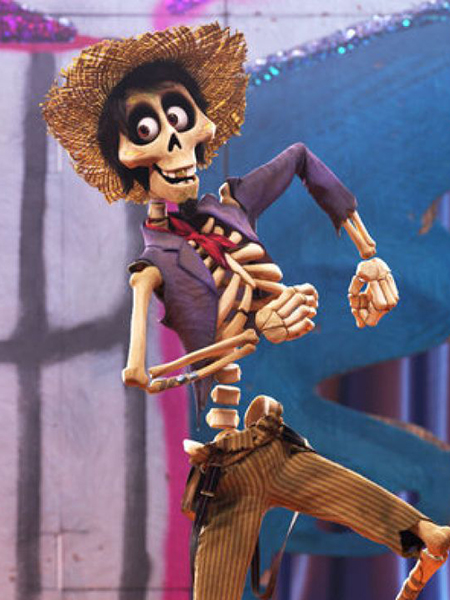 Unlike Ernesto, Hector is not very popular in the world of the dead, so his look is not at all as flamboyant. He wears a pair of tattered brown trousers tied at the waist with rope, revealing a large part of his skeleton underneath. With that, he also wears the tatters of a purple jacket and a red bandana. On his head, his skeleton is a bit yellowed but he still has some decorative patterns around his eyes and mouth. Finally, on his head, he wears a large straw hat that has seen better days. 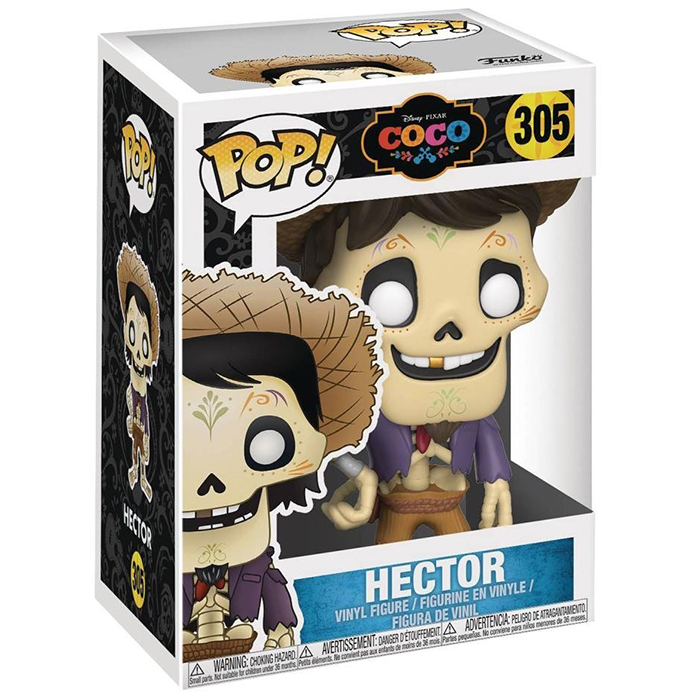 The Funko Pop figure Pop Hector (Coco) Are you interested?